Marriage May Protect Against Dementia

Life Partners May Protect from the Development of Dementia

A recent study, published in the Journal of Neurology Neurosurgery and Psychiatry, suggests that having a life partner may actually serve a preventive role against the development of dementia.1 Specifically, the study found that long-standing “singles” and widows have an increased risk of developing the neurodegenerative disease. This does not indicate that being single is a health hazard, which it has been considered historically.

The study looked at 15 separate studies and over 800,000 individuals from 4 continents. All the studies focused on the possible role of marital status in the development of dementia. The data suggested that those without a lifelong partner had a 42 percent higher chance of developing dementia compared with married people.

An interesting detail of the study found that when the statistics were isolated to only those born after 1927, the risk decreased to 24 percent. The reason for this reduction of the risk over time is unclear.

Widowed individuals had an overall 20 percent higher chance of developing dementia than married individuals. Though, when education was taken into account, this association seemed to wane. The researchers theorized that the bereavement process may have something to do with this association – that bereavement could be increasing stress levels, which can certainly contribute to dysfunctional nerve signaling and effect cognitive ability.

Findings Based on Observational Studies

These findings are all based on observational studies, which means that a causal relationship cannot be drawn. In addition, some of the studies lacked data on the duration of widowhood, or divorce, which limits the definiteness of the conclusions.

Despite the study’s limitations, the authors mention that marriage could help both partners live healthier lifestyles, such as supporting each other to be more active, eat better, drinking less alcohol, and smoking less. All of these are factors that have been seen to reduce dementia risk. Another possibility is that couples may have more social engagement compared with single individuals; another factor that has been linked to dementia risk. 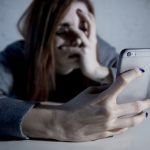 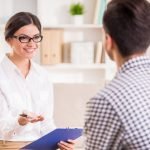