In a study by the Department of Pediatrics at the Ewha Womans University School of Medicine in Seoul, South Korea, researchers looked at the metabolic effects of PCOS in children.

Polycystic Ovarian Syndrome is one of the common endocrine disorders amongst women of reproductive age, with a prevalence of 5-10 percent according to a separate study. The diagnostic criteria for PCOS include two of either chronic anovulation, clinical or biochemical signs of hyperandrogenism, and an indication of polycystic ovaries by an ultrasound. Some other symptoms common in those diagnosed with PCOS are insulin resistance, elevated luteinizing hormone-follicle-stimulating hormone ratio, abdominal obesity, and infertility. The most important of those is insulin resistance when determining metabolic syndrome.

Obesity is a key marker in PCOS as approximately 50 percent of women are overweight or obese. Also, 46 percent of those women with PCOS had metabolic syndrome according to the study.

Those participants with at least three of the risk factors were labeled as someone with metabolic syndrome. These factors were waist circumference, systolic or diastolic blood pressure, and fasting glucose levels. 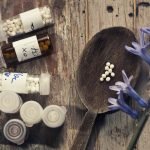 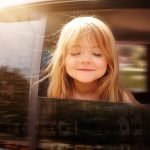