Moderate Cannabis Use May Cause Cognitive Impairment in Teens

A new study led by researchers from the University of Colorado School of Medicine compares adolescent siblings to determine the impact of early and frequent use of marijuana on cognitive function.

This study, published in the journal Addiction, contrasts with previous studies by finding that moderate adolescent cannabis use may have adverse effects that cannot be explained by the genetic or environmental factors that siblings may have in common.

Such possibilities include environmental risk factors, such as peer group influence, parental behavior, and socioeconomic status. In addition, by designing the study to look at siblings, researchers could consider whether genetic factors explain a shared risk for worse cognitive functioning and earlier or heavier cannabis use.

With this study, Ellingson and his colleagues were able to establish comparisons between siblings and then determine that differential levels of cannabis use were related to poorer cognitive functioning, particularly verbal memory.

Study participants were 1,192 adolescents from 596 families

The study participants were 1,192 adolescents from 596 families. They were primarily male — 64 percent — and racially and ethnically diverse, with non-Hispanic whites accounting for 45 percent. The families were from metro Denver and San Diego. Drug use was assessed through clinical interviews and cognitive abilities were analyzed through a battery of neuropsychological tests. Two waves of data were collected. The first wave was from participants with an average age of 17 from 2001-2006; the second wave was collected from 2008-2013, with an average participant age of 24.

“More work needs to be done to determine how cannabis use is related to cognitive functioning and we hope that our study can help inform future study designs,” Ellingson said. “These studies are particularly important because cannabis is becoming more potent and more accessible as states legalize its recreational use.”

In the article, Ellingson and his co-authors: “Due to changes in the legality of recreational and medical cannabis and widespread access in many states, valid empirical data must be available to inform policy and public health decisions, including how cannabis use may affect the developing brain.” 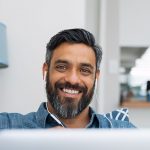 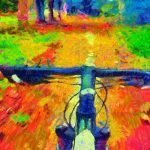 How Psychedelics Bind to the BrainNaturopathic News