New Mexico and Idaho Naturopaths One Step Closer to Licensure

The New Mexico Association of Naturopathic Physicians (NMANP) celebrated a huge legislative success on March 1, 2019 with the passing of State Bill 135 by the Health and Human Services Committee. This is a crucial first step in the eventual licensure of naturopathic physicians in the state of New Mexico.

The SB 135, titled “Naturopathic Doctors’ Practice Act,” would allow naturopathic physicians to be licensed and to practice the full scope of their training from an accredited college or university specializing in naturopathic medicine.

Revised legislation, HB 244, passed with a unanimous vote giving NMDs the ability to be licensed and practice their training in Idaho

On March 5, 2019, naturopaths from Idaho celebrated a similar victory, with the passing of SB 244. The Idaho Association of Naturopathic Physicians were happy to comment: “After several days of concentrated negotiations with many interested parties, an agreement was reached between the IDAANP and other groups representing natural health care providers. The revised legislation, HB 244, was passed with a unanimous vote out of the Health and Welfare Committee today. This bill will give naturopathic medical doctors (NMD) the ability to be licensed and practice their training in Idaho.” 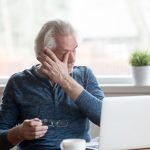 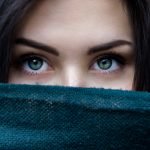