New research1 further supports the use of Niacin in the treatment and long-term management of Parkinson’s Disease (PD). Parkinson’s disease occurs when dopaminergic neurons in the substantia nigra are lost; the loss of dopamine causes the neurological manifestations of PD. This loss of dopaminergic function can have various etiologies, but as Dr. Miguel Martins, lead researcher of the study points out,

“in some hereditary cases, the main problem is unhealthy mitochondria.”

The role of dysfunctional mitochondria in the pathogenesis of PD has been explained before2, as a cascade of events which includes cellular insult leading to a decreased membrane potential and more permeable transitional pores. The increased pore permeability, in turn, leads to a depletion of NAD+ and ultimately cell death.

Since NAD+ is a major factor in both energy production and DNA repair, Martin’s team sought to show that increasing NAD would affect the integrity of cells, which may have a genetic predisposition to this mitochondrial dysfunction – PINK1 mutations.1 The study found that the co-enzyme (NAD+) is essential for both generating energy in mitochondria and nuclear DNA repair through NAD+-consuming poly(ADP-ribose) polymerases (PARPs). Diet supplemented with the NAD+ precursor nicotinamide rescued mitochondrial defects and protected neurons from degeneration.

These results suggest that in familial Parkinson’s, available NAD is an underlying factor in maintaining mitochondrial integrity and keeping the disease at bay. Dr. Martins comments that:  “Drugs that block NAD-consuming DNA repair already exist to treat cancer, and loading up on niacin probably can’t hurt either. While neither of these would be a cure, they would expand treatment options for Parkinson’s patients with faulty mitochondria. This study strengthens the therapeutic potential for Vitamin B3/niacin-based dietary interventions and PARP inhibition in the treatment of Parkinson’s disease.” 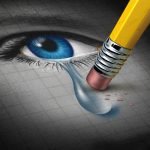 A Lighter Side of DepressionNaturopathic News 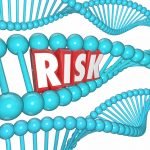