Perfluoroalkyl acids (PFAAs) are synthetic compounds with high thermal resistance making them widely used in carpets, fire-retardants, non-stick surfaces, and food packaging. Surveys show that in the Unites States, over 98 percent of the population had detectable levels of PFAAs in their blood.

These compounds have been shown to induce endothelial permeability by the increased production of reactive oxidative substances. The effect on the kidneys then becomes magnified as they are readily absorbed orally, but then are poorly excreted by the kidneys, and have long half lives of anywhere from 2.3-8.5 years. Biomarkers of PFAAs have been correlated with decreased renal function, and in some cases increased risk of chronic renal disease (CRD).

Findings revealed that renal function was decreased in more highly exposed individuals when compared to those with lower exposure. Uric acid levels were also higher in those with increased PFAA exposure. Another interesting finding was that males tended to have higher PFAAs levels than females, although reasons for this cannot be identified. 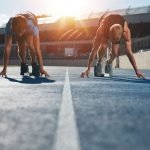 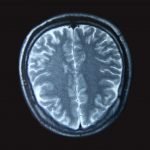