“It should be a treat to care about another person. Doctors have a wonderful job, yet they are inundated with numerous extraneous burdens that collectively rob them of the joy of medicine.” Andrew G. Alexander

A recent article cites that physician burnout has increased nearly 10 percent in the last 3 years.1 The article, authored by doctors from the University of California Riverside School of Medicine points out that “doctors aren’t depressed or less content at home. . . They’re less happy at work.”

The paper, published in the August 2018 issue of the American Journal of Medicine lists 3 primary factors that are thought to perpetuate this phenomenon of physician burnout:

Conclusions have been derived from comparing data from 2011-14

These conclusions have been derived from comparing data from 2011-14 on physician burnout and work-life satisfaction. Emergency medicine, pediatrics, internal medicine and family medicine have the highest rates of burnout.

Additionally, 4 changes in medical practice occurred between 2011 and 2014

In addition to the 3 factors above, there are also 4 changes in medical practice that occurred between 2011 and 2014 that are thought to have led to this increase in burnout. These are the purchase of medical groups by hospitals, increases in drug prices, the “pay for performance” aspect of the Affordable Care Act, and mandated electronic health records.

The article concentrates attention on this electronic health record (EHR) mandate. A quote by one of the lead authors explains how EHR’s “snuck up on the medical community.”

“At first, they were accepted because of the promises of chartless offices, initial government subsidies, interconnectivity between health care sites, availability of records from home, faster charting, e-prescribing direct to the pharmacy, and higher physician pay for computer-cloning the federal government’s bullet-point reimbursement formula,” he said. “When the subsidies ran out and the promises turned into extra cost, less time with patients, time at home finishing EHR records, unreadable and meaningless cloned patient notes, HIPAA-restricted access to outside records, and government penalties for not ‘mining’ patient data that cost money to input, doctors became overworked robots.”

EHRs are not going away, but they need to take a back seat

The article points out that EHRs are not going away, but they need to take a back seat to the patient-doctor relationship. The EHR doesn’t have to be the focus of the patient’s visit. There is a push to oppose EHRs that replace patient time, as well as use billing diagnoses instead of patient assessments. Furthermore, the templates need to be useful and meaningful for patient care. 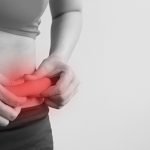 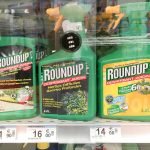