Predicting Alzheimer’s with an Eye Scan

There is new research which suggests that an eye scan may be able to show the beginning stages of Alzheimer’s disease (AD).1 Neuroscience researchers have found peripheral areas of beta amyloid plaque formation in the retina, similar to those seen in the brain of patients with AD. Beta amyloid plaques are the primary pathological finding in AD, and when occurring in the brain, cause toxic effects to neurons, which is thought to be the underlying mechanism by which AD progresses.

The number of people projected to be diagnosed with AD within the next 30 years is staggering, 15 million – according the the American Alzheimer’s Association. The ability to screen for individuals at higher risk is ever more important. This could also help screen individuals who may be more susceptible to early treatment interventions in the future.

Scan used in the Study was a High-Definition Scanner

The study showed that a non-invasive eye scan can be used to uncover signs of AD years before symptoms manifest. The eye scan is not a simple ophthalmologic exam that would typically be conducted in a doctor’s office. The scan used in the study was a high-definition scanner developed specifically for the study. The scan revealed beta amyloid plaques, which may be able to be used in the future as a diagnostic test for AD.

Typically, the way AD is diagnosed definitively is through autopsy. Positron emission tomography (PET) scans are being used to a minor degree on living patients, but the scans are expensive and invasive. Patients have to be injected with radioactive dye, which allows the scans to register the beta amyloid. The researchers of the current study, teamed up with a neuroimaging group, NeuroVision, to develop a scan which would allow visualization of the beta amyloid plaques without the use of radioactive dye. They used curcumin as an alternative. Patients undergoing the eye scan would drink curcumin, and the curcumin causes the beta amyloid in the retina to light up on the scans. 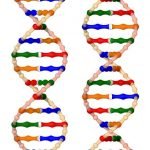 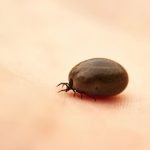