Protect Your Eyes: LED Screens May be Contributing to Premature Blindness

Blinded by the (LED) Light

Scientists from the University Complutense of Madrid (UCM) have announced that LED light, such as that emitted from digital screens, could be permanently damaging the eyes of users – which is to say: Everyone. Retinal damage and vision loss are the primary concerns of this research, being led by lead author Celia Sánchez-Ramos. The research will be published in Photochemistry and Photobiology early this year, but is a continuation of research Dr. Sánchez-Ramos has published on since 2003.(1)

What the Research Reflects

The research is specific to the manner in which blue light – the most reactive short-wavelength light emitted from digital devices and compact fluorescent light bulbs – affects the retinal cells of the eye. Dr. Sánchez-Ramos has shown that LED radiation leads to 75-99% decreases in retinal cell viability in vitro, as well as a 66-89% increase in cellular apoptosis.(1) ROS production and DNA damage has also been shown to increase with exposure to LED radiation – blue light.(2)

Filtering Out the Light

The most recent re-hashing of this research, in Boston two weeks ago, brings multiple considerations to the table, including recommendations. First, LED screens are not going away. From a survey of 2000 children ages 8-18, it is estimated that an average of 7.5 hours is spent directly exposed to digital LED light. This is a fact of life which must be worked with and not combated against. But understanding that children are exposed to a far greater intensity of this light due to their shorter arms and decreased distance from screens they are using, is important to keep in mind. There are researched blue/white light reducing filters which can be used over digital screens which help mitigate the negative effects of this light radiation by turning blue light into frequencies more akin to sunlight. In fact, certain local authorities in Spain have ruled that protective filters must be used in schools.

It’s Okay to Look Away

Another factor in this conversation is the sheer amount of uninterrupted time most people spend staring at digital screens. We are simply not allowing our eyes time to rest from the constant exposure and also strain – which is a secondary component, not specifically addressed in this research, but is well documented.

Dr. Sánchez-Ramos and her research group are advocating a 20-20-20 rule:

for every 20 minutes you stare at a digital screen, turn your gaze 20 feet away for 20 seconds or more to let the eye muscles relax. 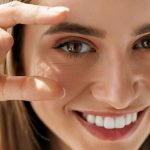 Turn your Smartphone into an Ophthalmoscope and Retinal Grading ToolNaturopathic News 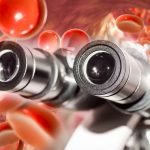