Vaginal yeast infections are a fairly common woman’s health complaint, causing itching and irritation, and general discomfort. However, female genitalia is not the only site that is susceptible to yeast infections. In fact, the Centers for Disease Control and Prevention (CDC) estimates that as many as 46,000 individuals in the U.S suffer from invasive candidiasis every year – or systemic yeast infections. As many as 20 percent of these individuals will die from the disease.

The most foundational component to treating candida is to limit sugar intake to the greatest extent possible. This goes for all types of yeast infections, since yeast thrive on sugar. In addition to this, there was a recent published study in the journal BMC Complementary and Alternative Medicine that looked at several herbs that could be beneficial for treating candida-related infections.

Conventional treatment of these types of infections is usually with antibiotics. There are multiple reasons why looking to herbal treatments is beneficial. One, antibiotics are made of chemicals which may be harmful to the body. They may help kill off the “bad” bugs, but they may also be detrimental to healthy tissue and organ systems as well – this includes killing off the healthy bacteria of the gut, which often results in gastrointestinal complaints following antibiotic use. A second reason to be wary of using antibiotics for routine infections is that there is growing antibiotic resilience, and in over using antibiotics the bugs we hope to kill off are morphing into superbugs that are worse than their predecessors. This latter point is important to take into consideration with candida infections.

Candida is incredibly resilient to antibiotics

Part of the reason for this is its ability to exist in two different forms during its life cycle – yeast and hyphae. It travels through the bloodstream as a yeast cell, and then enters into host cells using its hyphae form. It creates very resistant biofilms that support its growth in part by protecting it from many antibiotics. It even seems to work cooperatively with other bacterial strains to create co-infections.

Plant compounds are increasingly gaining traction in the research arena and for therapeutic use because of their incredibly broad-spectrum effectivity as well as ability to account for microbial resistance.

7 Herbs used for this study

Extracts from the plants were tested on the various morphologies of Candida albicans. In addition, the plant extracts’ antibacterial properties were assessed on Staphylococcus aureus, Pseudomonas aeruginosa, Escherichia coli, and the multidrug resistant Acinetobacter baumannii and Klebsiella pneumoniae.

Of the 7 plants, henna and common purslane were the most effective in the inhibition of candidal activity, including the proliferation of biofilms. They both also were effective in disrupting C albican antibiotic resistance. The plants were also seen to kill all the bacterial strains tested, even ones resistant to various antibiotic drugs. The plants did not show any toxicity to human red blood cells. 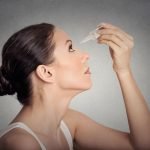 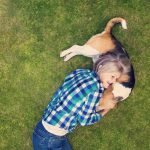