Rates of Gestational Diabetes in Pregnant Women Peak during Summer

According to a study out of Sweden and published in Diabetologia, rates of gestational diabetes in pregnant women peak during the summer months, with a possible link to increasing temperature. A total of 11,538 women agreed to take part in the study which was conducted in Sweden.

487 of the women (4.2 percent) were diagnosed with GDM (gestational diabetes) during the study period. Interestingly, the monthly frequency of GDM ranged from 2.9 percent in March to 5.8 percent in June. Further analysis showed that the 2-h glucose level increased by 0.009 mmol/L for every degree increase in temperature and this corresponded in a difference of 0.15 mmol/L between winter and summer. Overall, the data, when adjusted for age, showed that the summer months were associated with an increased glucose level and a 51 percent increased frequency of GDM compared with the other seasons. Even more intriguing, these associations were no longer apparent when also adjusting for mean monthly temperature, suggesting that temperature could be part of the reason for the differences.

The authors said, “Our findings suggest seasonal variations in the 2-h glucose concentration and in the proportion of women diagnosed with GDM with a peak in the summer. A positive association with the ambient temperature was demonstrated. Further research is needed to explore the significance of these findings.” 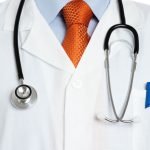 Interested in a Rewarding Healthcare Career That Combines the Healing Power of Nature With Modern Science?Naturopathic News 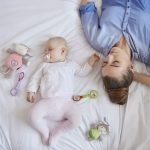