Regulation of the Prefrontal Cortex Myelination by the Microbiota

According to a new study out of the University College Cork in Ireland and published in Translational Psychiatry, gut bacteria may directly affect brain structure and function, offering new ways to treat multiple sclerosis (MS) and psychiatric conditions.

The prefrontal cortex (PFC) is infamous as the part of the brain that is implicated in particular neuropsychiatric disorders such as depression, schizophrenia and autism. Researchers have continued to find through germ-free animals, who are therefore microbiota-deficient throughout life, that the role of the microbiota is very important in more than just get disorders, but also in disorders related to the brain. Specifically, the researchers wanted to see what results the microbiome had on neuronal transcription.

“Our results reveal a marked, concerted upregulation of genes linked to myelination and myelin plasticity,” they said. “This coincided with upregulation of neural activity-induced pathways, potentially driving myelin plasticity. Subsequent investigation at the ultrastructual level demonstrated the presence of hypermyelinated axons within the PFC of GF (germ-free) mice. Notably, these changes in myelin and activity-related gene expression could be reversed by colonization with a conventional microbiota following weaning.”

New applications for the microbiota and its importance continue to be revealed and this is just another example. 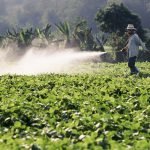 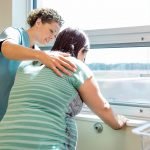 Women Should Be Given More Time During Labor Naturopathic News