Recent research from National Jewish Health has revealed a cellular trigger for autoimmune disease. Autoimmune disease affects between 25-50 million people in the United States, with an interesting gender bias towards women (estimates of around 80% of autoimmune cases are women). The reason for this bias may have to do with an increase humoral immune response, 1 and this current research may have unpacked further what is driving this autoreactivity of the immune system.

The research team at National Jewish Health studied Age-associated B Cells (ABCs), and found that there is a transcription factor, T-bet, inside these B cells that cause ABCs to develop and drive autoimmunity.2 It has been previously confirmed that ABCs are drivers of autoimmunity3, but not exactly by what mechanism. This research showed that when T-bet was deleted inside B-cells in mice, genetically prone to develop autoimmune disease, the mice remained healthy. The same process is believed to occur in humans.

The ABCs of T-bet Activation

ABCs are a subset of B cells that have in increased responsiveness to TLR7 and TLR9 ligands, and both normal and pathological response.3 Their differentiation is determined seemingly being driven by T-bet to either healthy immune response to viral or bacterial pathogens, or autoimmune disease.2 It appears that T-bet is somehow activated inside the cell when a combination of receptors on the B cell’s surface are stimulated (TLR7 and IFN-g).2

The research study showed that autoimmune-prone mice that were bred without the ability to express T-bet inside B cells remained healthy, and had a 90% survival rate past 12 months – these mice actually did not develop ABCs. The same autoimmune-prone mice with T-bet present, developed autoimmune conditions as expected, as well as 80 percent experiencing kidney damage and 75% dying before 12 months. 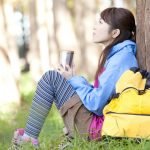 The Power of NatureNaturopathic News 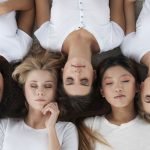