Retrain Your Brain to Get Rid of Tinnitus

Ring in the New Technology for Tinnitus

A new FDA-approved method for treating tinnitus capitalizes on neuroplasticity and reconditioning. Tinnitus, or “ringing in the ears,” affects approximately 50 million Americans. It is especially common in people who have been exposed to loud noises for extended periods of time: musicians, factory workers, and military veterans. In fact, tinnitus is the leading service-related disability among U.S. veterans, according to the American Tinnitus Association.(1)

What the Research Exhibits

Recent research from the National Center for Rehabilitative Auditory Research at the VA in Portland, Oregon(2) supports a new neuro-auditory retraining method in the treatment of tinnitus. The Levo System, by Otoharmonics, uses an integrated tablet platform and earbuds to retrain the brain during sleep to actually ignore the specific tonation and pattern of the ringing. During sleep, the brain is most responsive to sensory input, and it grows accustomed to the sound after a few months, overriding the interpretation that the sound is something to be consciously aware of during waking life.

This is a unique shift from traditional methods of managing tinnitus which had concentrated on “masking” the noise through wearable devices during the day, such as hearing aids which produce a “white noise” to distract from the tinnitus.
Tinnitus creates many problems in people’s lives, including insomnia, trouble concentrating, cognitive impairment, and headaches, making it difficult in social situations and relationships. In the study, it was shown that participants using the retraining method had greater decreases in overall tinnitus as well as better cognitive outcomes, and enjoyment of social activities and relationships with family and friends.

This method of treatment is fully personalized, able to calibrate to the individual sound a person is actually hearing – this also means that other people, can also hear what sound they are living with. It’s used during sleep, so it doesn’t interfere with activities of daily living. It can track the activity, use and response, and integrates Functional Tinnitus Index via smart technology. And, it’s easy to use. 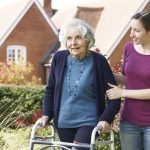 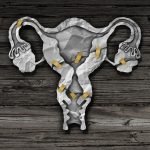 Hysterectomy with Risk of Heart Disease and Other CancersNaturopathic News