Study Argues that Statins are Recommended Far too Often

Many naturopathic and functional medicine practitioners question the function and use of statin medications. A recent study may help support these non-conventional views of the commonly prescribed “preventative measure,” suggesting that statins may be over prescribed, and current guidelines fail to account for risks and side effects from the drug. The research has been conducted at the University of Zurich.

“Ultimately, this measure – [the use of statins] – helps to prevent heart attacks or strokes in only a few cases. But all people who take statins are at risk of experiencing the side effects,” says Milo Puhan, professor of epidemiology and public health at the University of Zurich.

It is common practice for healthy individuals without a history or family history of cardiovascular disease to be put on statin medication if they meet certain risk criteria. These risk criteria, such as cholesterol over 200, are hotly debated among experts. Seemingly, guidelines for statin prescription do not take into account type of cholesterol, family health, or current and past lifestyle factors.

A hot debate among experts

Guidelines for prescribing statins use cholesterol level, BMI and smoking status to determine a projected risk of heart attack or stroke over the next 10 years. If the risk (from these three factors) is 10% or higher than many medical guidelines recommend the use of statins.

The current study points out that following such guidelines suggests that more than a third of individuals between the ages of 40 and 75 should be on a statin as preventative measure. According to Puhan, these guidelines are unrealistic and have been drawn up without taking into account the unwanted side effects of these medications, including muscle pain, cataracts, liver dysfunction, and diabetes. He adds, “The thresholds set by experts aren’t based on any systematic studies.”

Weighing up benefits and harmful effects

Striking a good balance between the benefits and the harmful side effects is therefore one of the great challenges of developing improved guidelines for preventive statin use. This is why Prof. Milo Puhan and his team at the Epidemiology, Biostatistics and Prevention Institute of UZH have now for the first time carried out a comprehensive statistical modeling study.

The researchers systematically compiled all data from specialist literature that documents the benefits and side effects of the preventive use of statins. To include the view of patients in their model, they also performed a survey among healthy people about the significance of heart attacks, strokes and certain side effects.

Using this information, the scientists determined new thresholds for men and women across different age groups between 40 and 75. They also compared the benefits and unwanted side effects of four widely used statin preparations.

Recommendation given to too many people

“Our study shows that today statins are recommended far too often,” says Puhan about the study’s findings. According to his estimates, the newly set thresholds could cut the number of people who are given a recommendation to take statins by half.

The benefits of cholesterol-lowering drugs have been greatly exaggerated particularly when it comes to senior citizens: For the 70 to 75 age group, the study’s model put the threshold at approx. 21% – in other words, the benefits of statins outweigh the harm from potential side effects of statins only if there’s a 21% risk or higher that a person will suffer a heart attack or a stroke in the next 10 years. For men and women aged 40 to 45, the threshold is slightly lower, at 14% and 17% respectively. The researchers also noted that two of the four examined statin preparations, atorvastatin and rosuvastatin, had a significantly better balance of benefits and harms than the other two (simvastatin and pravastatin). 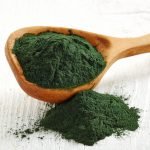 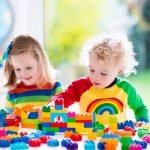