If a doctor expects a treatment to be successful, a patient may experience less pain and have better outcomes, according to a new Dartmouth study published in Nature Human Behaviour. The findings reveal how social interactions between hypothetical healthcare providers and patients have the power to influence how patients perceive the effectiveness of a treatment, even when it is a placebo.

To investigate these social dynamics, the study simulates a series of clinical interactions between participants playing the roles of doctors and patients, who are tasked with evaluating the effectiveness of two different treatments while undergoing thermal pain. When the doctors believed that a treatment would work, patients appeared to experience less pain based on their subjective reports of how much pain they experienced, their physiological responses and their facial expression behaviors.

These findings demonstrate how subtle social interactions can impact clinical outcomes. Even though the study participants were role playing and weren’t actual health professionals or patients, you can imagine that in a real clinical context, if the healthcare providers seemed competent, empathetic and confident that a treatment may work, the impact on patient outcomes could be even stronger. Additional research however, is needed to see how this plays out in the real world,” said Luke J. Chang, senior author, assistant professor of psychological and brain sciences, director of the Computational Social Affective Neuroscience Laboratory (Cosan Lab) at Dartmouth.

Study was comprised of three experiments

The overall study was comprised of three experiments using two creams intended to alleviate thermal pain by targeting skin pain receptors. The creams, “thermedol” and a control cream, were two different colors; however, both were actually just a placebo, the petroleum-based jelly, Vaseline. After each topical cream was applied to a participant’s arm, they received thermal heat (47 degrees Celsius/116.6 degrees Fahrenheit) and assessed the effectiveness of the cream. Before interacting with the patient, each doctor was informed about the properties of the two creams and was conditioned to believe that thermedol was more effective than the control. Unbeknownst to the doctor, lower levels of heat were applied to the arm that had been treated with the thermedol.

The first study (a single blind study) was comprised of 24 pairs of doctor-patient teams for which there were 48 participants. The patient was unaware of which cream was which; only the doctor knew. However, under this condition, the same amount of thermal heat was applied to each arm. With the thermedol treatment, patients reported less pain and indicated that they believed this treatment was more effective than the control cream. In addition, patients had a lower skin conductance response with the thermedol, demonstrating decreased psychophysiological arousal with this treatment.

The other two studies

The other two studies that were part of this research switched up the order in which the two creams were administered, so as to rule out that the relationship between doctors’ expectations about the efficacy of a treatment and patients’ experiences of pain was not due to habituation or extinction (that is, the decrease or disappearance of a conditioned response).

“When the doctor thought that the treatment was going to work, the patient reported feeling that the doctor was more empathetic. The doctor may have come across as warmer or more attentive. Yet, we don’t know exactly what the doctor was doing differently to convey these beliefs that a treatment works. That’s the next thing that we’re going to explore,” said Chang. “What we do know though is that these expectations are not being conveyed verbally but through subtle social cues,” he added. 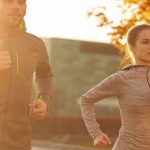 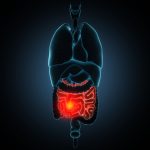