The Question of How Non-Fatal Overdoses Affect the Brain

An opioid overdose isn’t a death sentence. In fact, estimates indicate that in the United States, only 4% to 18% of opioid overdoses that are treated in a hospital or pre-hospital setting — such as an ambulance or someone’s home — actually kill the patient. But there’s a lot that scientists still don’t know about what nonfatal overdoses do to the brain.

To better understand the topic, Erin Winstanley and James Mahoney — researchers with the West Virginia University School of Medicine and Rockefeller Neuroscience Institute — reviewed 79 studies of neurocognitive impairments and brain abnormalities associated with nonfatal opioid overdoses in humans. The studies all had limitations, a sign that more precise research is needed in this area. Yet despite the studies’ shortcomings, their findings still suggested that brain abnormalities and cognitive impairments are linked to overdose.

“I think there’s probably a host of morbidities associated with experiencing a nonfatal opioid-related overdose that’s largely neglected in the published literature and — to a certain extent — from a public health standpoint,” said Winstanley, an associate professor in the Department of Behavioral Medicine and Psychiatry and the Department of Neuroscience. “We should first focus on saving lives. That’s definitely the appropriate step. But we probably should start paying attention to some of these other issues, too. Given the proportion of people who have experienced a nonfatal overdose, the number of deaths is just the tip of the iceberg.”

Their findings appear in Drug and Alcohol Dependence.

Winstanley, Mahoney and their colleagues — Felipe Castillo and Sandra Comer of Columbia University — performed a systematic review of journal articles published between 1973 and 2020.

Overall, the studies lacked the level of detail and consistency that would have made many direct comparisons and inferences possible.

For instance, fewer than half of the studies reported toxicology results confirming an opioid overdose. Only 27.8% reported results of neuropsychological testing, and only 64.6% reported magnetic resonance imaging — or MRI — results of the brain.

The team discovered that all of the studies were at risk of one form of bias or another. Some studies, for example, failed to measure participants’ intellectual functioning, consider whether they had received prompt overdose treatment or reported whether they were using anything besides opioids.

“Independent of overdose, addiction research is complicated in general because of all these numerous confounding variables,” said Mahoney, an associate professor and clinical neuropsychologist in the WVU Department of Behavioral Medicine and Psychiatry and the Department of Neuroscience. “There are often medical and psychiatric comorbidities and several other factors that may be impacting the cognition of these individuals. On top of that, co-occurring substance use in addition to opioids is more the norm than the exception.”

The overdose itself complicates matters further. How long was the individual’s brain deprived of oxygen? Did they receive adequate treatment in time? How long post-overdose was neuroimaging or cognitive testing done? All of these variables — and many others — can influence a study’s results.

“Also, there are so many different measurements that are used to test cognitive functioning, making it even more difficult to compare findings across the literature,” Mahoney said.

Despite these inconsistencies, the studies provided evidence that an opioid overdose has the potential to change how someone’s brain appears or behaves. In turn, those changes could influence someone’s attention span, memory, executive function or other higher-order thinking skills.

“This news is quite positive in the sense that if we can start to do early identification and screening for neurocognitive deficits — whether they’re associated with overdose or not — we might actually have the right kind of rehabilitation therapy for them, including some promising new treatments for cognitive deficits,” Winstanley said.

“If we are able to target those at a higher risk of cognitive impairment — perhaps those who have had five or six overdoses — and individualize their treatment plans to address those deficits as early in the treatment process as possible, we may be able to improve their outcomes, given what is known about cognition and treatment dropout,” Mahoney said.

To gain more insight into those deficits and how they can be addressed, Winstanley, Mahoney and their colleagues at WVU and Columbia University have begun a new project. They’re comparing the cognition of two groups of people with opioid use disorder: those with a past history of overdose and those without any overdose history.

The researchers have had all participants complete the same comprehensive battery of neurocognitive tests. As they gather and analyze the data, the researchers will take into account characteristics such as the participants’ age, education level and intellectual functioning; how long they have been using substances; and which substances they have used.

In addition, the team has used functional MRI to form images of some of the participants’ brains to provide insight into how the brain is actually working as they completed working-memory tasks.

“While the neurocognitive testing lets us know how these individuals are actually performing on various thinking tasks, the fMRI data will also give us a sense neuroanatomically of how the brain is functioning, how the various brain networks are engaged and how different areas of the brain are interacting with one another,” Mahoney said. “We will have the opportunity to gain better insight into what factors other than their opioid use and overdose — such as the co-occurring use of other substances — may be impacting these brain networks.”

Insights into how opioid use, overdose and other variables affect the brain could lead to novel neuromodulation treatments, including ones that Mahoney is now exploring.

Neuromodulation involves altering the activity of specific brain areas and networks through the application of electrical pulses, a magnetic field, of other forms of stimulation.

In 2019, Mahoney was part of a team of scientists from RNI and WVU Medicine that launched the world’s first Food and Drug Administration-approved clinical trial of deep brain stimulation to treat opioid use disorder.

He’s also investigating the use of transcranial magnetic stimulation — another form of neuromodulation — to fight addiction, as well as low-intensity focused ultrasound, which has been studied for several disorders but is in the infancy of exploration as a potential treatment for substance use disorder.

“By helping to rewire those areas of the brain that are involved in craving and cognition, such as disinhibition, decision making, attention and higher-order executive functions, we can hopefully improve cognitive functioning, which would subsequently improve treatment outcomes,” he said. “It’s unrealistic to think that neuromodulation will simply ‘fix’ addiction, but when used in combination with the standard of care — comprehensive behavioral treatment with medication for opioid use disorder — we will hopefully be able to provide another strategy to help people achieve abstinence.” 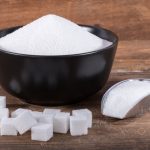 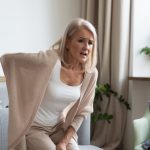