Toward A Definition of CAM Part 3: The Origins of Naturopathy as a Medical System Within CAM

Baer (2001) helps to steer through the shifting panorama by describing naturopathic medicine as a “heterodox medical system”. He references at the outset Ann Mitchell, N.D., who, in turn suggests that there are three generations of naturopaths around whom a definition of the profession might be assembled:

. . . old school naturopaths trained in basic naturopathic techniques and principles in the 1920s; those trained in chiropractic who have a naturopathic interest; and those who have graduated in the past few years with rigorous science backgrounds from … contemporary schools.
(Finken, cited in Baer, 2001, pp. 99-100)

The inclusion of naturopathic doctors in the CAM map suggests an enviable longevity, given that it was a full century earlier that “naturopathy” was actually launched by Benedict Lust in the United States. The data and results of Eisenberg’s landmark study of complementary and alternative medicine utilization by Americans were a surprise to many orthodox practitioners and to government policy makers and planners, but not to the naturopathic community who, from whatever location within the profession, declared with some excitement that “naturopathic medicine’s time had come” (Pizzorno, AANP Convention, Seattle, 1996).

Benedict Lust anticipated what he described as “an inevitable and pervasive explosion” (Lust, 1903, p.22) of interest in a “natural medical system” (p. 24) a century ago. Considered by many modern naturopaths to be the “father of naturopathic medicine,” he purchased the rights to use the term, naturopathy, from its creator, Dr. John Scheel of New York City, in 1895 (Cody, 1985). Lust and his colleague, Henry Lindlahr, MD, promoted a different view of what health could mean in a developed economy and society. In contrast, the rapidly emerging and soon to be dominant Western medical paradigm characterized by understanding disease as a malfunctioning or maladaption of biologic and psychophysiologic processes in the individual (Kleinman, 1978) was challenged by this new medical system.

Whereas the powerful, mainstream medical doctor understood cure as an externally applied medical intervention utilizing surgery or drugs, the naturopathic doctor proclaimed that a cure was the end product of an internal healing “crisis” and a healing process. Chez and Jonas (1997) have described the healing crisis as “an internal process of recovery that takes place on the physical, emotional, mental or spiritual level and results in the person’s having a sense of being complete, in balance or in harmony with self and surroundings” (p. 1157).

Despite Baer’s description of naturopathy’s eclecticism as having been possible because of its theoretical vagueness (Baer, 1992, p. 378), Kruger (1974) explains that naturopathy or nature cure transcends a rigidly demarcated repertoire, embracing modalities and therapies which fit the larger philosophy. Clivet C. Kristof, the President of the North American Naturopathic Institute early in the last century, reinforced this eclectic label. He commented, “We are the eclectics of the drugless healer. We use all methods” (quoted in Kruger, 1974, p. 182).

Cody (1985) further explains, “naturopathy or nature cure is both a way of life, and a concept of healing employing various natural means of treating human infirmities and disease states” (p. 17). Lust’s early definition of what he meant by his new “medical system” included as much philosophy as it did details of the therapies within it. He wrote:

“In a word, Naturopathy stands for the reconciling, harmonizing and unifying of nature, humanity and God. Fundamentally therapeutic because men need healing; elementally educational because men need teaching; ultimately inspirational because men need empowering, it encompasses the realm of human progress and destiny. Dietetics, Physical Culture and Hydropathy are the measures upon which Naturopathy is to build; mental culture is the means, and soul-self-hood is the motive. ” (Lust, The Naturopathic and Herald of Health, January 1902)

By 1925 when drugless therapists were first being regulated in the Province of Ontario, Henry Lindlahr in Chicago was busy defining nature cure as “vastly more than a system of curing aches and pains; it is in truth a complete revolution in the art and science of living” (Lindlahr, edited and revised by J. Proby, 1975, p. 15). In his treatise, The Philosophy of Natural Therapeutics (1925), he further defined nature cure as a “system of man-building in harmony with the constructive principle in nature of the physical, mental and moral planes of being” (Proby, 1975, p. 18). These early definitions of naturopathic medicine compare favorably with contemporary efforts to understand it in terms of medical and therapeutic systems within the larger CAM field of which it is a part.

In 1992, for example, when the U.S. government established the OAM, Office of Alternative Medicine, there was an immediate effort if not to generate such comparisons, at least to acknowledge them. By 1998 this American agency had become NCCAM, the National Center for Complementary and Alternative Medicine, and many scholars interested in comparative definitions related to primary healthcare and to professional preparation turned to its publications and guidelines (Baer, 2001).

Meanwhile, in Canada by mid-1998 the Health Systems Division (then part of the Health Promotion and Programs Branch of Health Canada) began formally to examine the impact on Canada’s healthcare system of the growth of complementary and alternative medicine (CAM), stimulating comparative studies and public consultation. By 1999, for example, York University’s Centre for Health Studies, through the federal government’s “Population Health Fund” and the “Canadian Strategy for HIV/AIDS” generated an anchoring report called Complementary and Alternative Health Practices and Therapies: A Canadian Overview. In that same year, the Canadian federal government launched the Advisory Group on Complementary and Alternative Health Care. A continental definition was by this point unrelentingly taking shape.

Kleinman A. Patients and Healers in the Context of Culture. 1980. Berkeley: University of California Press.

Krueger H. Other Healers, Other Cures. A Guide to Alternative Medicine. 1974. Indianapolis, IN: Bobbs-Merrill.

Lust Benedict. The Naturopathic and Herald of Youth. January 1902, Vol. 1.

Reid A. Socialization into professions: impact of dental school faculty on student professional orientations. Canadian Review of Sociology and Anthropology. 1981;18(1): 48-66. 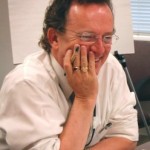 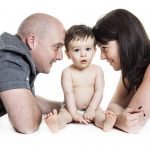 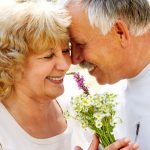