A team of researchers has recently turned spinach into beating heart tissue.1 As strange as it sounds, the team of researchers is exploring methods of building organs to account for a growing transplant list. The team from Worcester Polytechnic Institute in Massachusetts, used a decellularized spinach leaf to serve as the vascular scaffolding on which to implant human cardiomyocytes.

The major limiting factor in developing engineered tissues and organs for transplantation is the lack of a viable vascular network within the engineered tissues. The patent microtubule networks needed are so delicate and small that current fabrication techniques haven’t been able to replicate them – techniques like 3-D printing. Plants offer an interesting solution to this issue, in that the vascular scaffolding within leaves is very much like mammalian capillary systems. Through a decellularization process which dissolves the cellular components of the leaf, leaving only the cellulose structure behind, human tissue is able to be transplanted onto an existing structure. Or at least this is what the team attempted to do. And it worked.

Human cardiomyocytes were introduced to the decellularized spinach leaf and within 3 days began contracting as they would in a human heart. The “spinach heart” maintained contractile potential for 21 days. A video included in the online paper shows the vascular network of the leaf filling with blood as the myocytes contract. This breakthrough could potentially offer a means of engineering larger tissue and organ samples than previously possible, using a vascular scaffolding that would be able to move nutrients within a larger tissue mass. The plant scaffolding, made of cellulose, is a material which is routinely used in the bioengineering of tissue already, and is an organic material well handled by the human body. 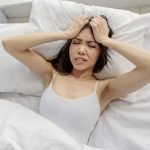 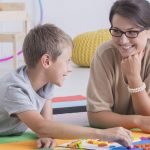