A recent article looking at the neuroinflammatory relationship between Alcohol Use Disorder (AUD) and gut health has suggests looking to probiotics as possible treatment options for patients with alcoholism.1 The changes which occur in the small intestine when exposed to ethanol may contribute to microbiota changes which are in turn responsible for a weakening of tight junctions and the development of “leaky gut.” The study proposes, that as the microbiota change in individuals with AUD, the increase in inflammation caused locally within the stomach and small intestine cause proinflammatory bacterial elements, such as LPS, to cause systemic and neuroinflammation.

Total Diversity of Microbiota May be Decreased Among AUD Individuals

Fecal samples from AUD individuals may actually have lower total bacterial content, as well as decreased populations of certain anti-inflammatory strains such as Faecalibacterium prausnitzii and Bifidobacterium. The total diversity of microbiota may also be decreased in this patient population. There was a marked increase in Protobacteria, a potential source of LPS. In addition, changes in certain metabolites were noted, especially an increase in phenol, which is known to be harmful to gut integrity. Indole compounds, which are protective to the gut were decreased.

The degree of intestinal permeability may correlate with disease severity and prognosis, as those with the highest degree of permeability were noted to have the most cravings, depression and anxiety during withdrawal.

After 3 weeks of alcohol cessation, LPS levels, and systemic inflammation may subside, however gut dysbiosis is likely to remain. This was concluded to indicate that ethanol consumption is key to the development of leaky gut. It also questions whether the dysbiosis is primary to the development of AUD or a secondary byproduct. Either way, it is likely necessary to address this dysbiosis in the corrective treatment of AUD. 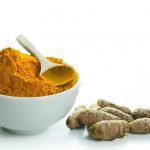 Advice to Patients on the Difference Between Turmeric and Curcumin as Medical TreatmentsNaturopathic News, Press Release 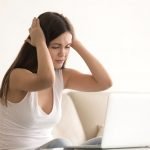