Seattle- A newly released study is showing that vitamin D status could be linked to carpal tunnel syndrome for woman under 50.

Women who were undergoing carpal tunnel release surgery were tested for vitamin D status and it was discovered that they had significantly lower vitamin D levels than age-matched counterparts. This association was only found in women under 50 years old, as when they examined data including women over 50 years old, there was no association.

As carpal tunnel syndrome is one of the most commonly diagnosed compression neuropathy disorders in the upper extremity, these findings could mean that vitamin D could provide a preventative solution. This research strengthens previous research that has shown links between vitamin D and other peripheral neuropathies. In fact, low vitamin D levels have been also seen in patients with diabetic neuropathy and Sjogren’s syndrome experiencing peripheral neuropathies. 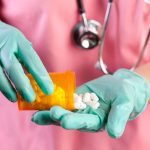 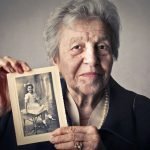 A Recent Study Finds Memory Loss Can Be ReversedNaturopathic News