Weekend Schedule Changes May Have Negative Impact on the Heart

A recent study shows that ‘social jet lag’ is a key circadian indicator of poor health outcomes, including increases in heart disease.1 ‘Social jet lag’ is when we go to bed and arise later on weekends than during the week. Sleep is an integral component of maintaining circadian biorhythms, such as cortisol and thyroid function, and growth hormone. The circadian rhythm also contributes to the regenerative capacity of the body, which occurs at night, while we sleep.2 Missing sleep on the weekend – social jet lag – is incredibly common, and socially supported, but may be associated with as much as an 11% increase in heart disease for every hour of social jet lag.

The study, conducted at the University of Arizona, analyzed 984 adults between the ages of 22 and 60 years from the Sleep and Healthy Activity, Diet, Environment, and Socialization (SHADES) study. Social jet lag was determined using the Sleep Timing Questionnaire and then subtracting weekday mean sleep time from weekend mean sleep time. Overall health was self-reported on a standardized scale – survey questions looked at sleep duration, insomnia, fatigue, sleepiness, and cardiovascular disease.

The results correlated social jet lag with overall poorer health, increased sleepiness, fatigue, and worse mood. Each hour of deviated sleep during the weekend was associated with an 11% increase in likelihood of developing heart disease. The important part of this study is that the duration of sleep, and insomnia, both occurred independently of social jet lag. This points to sleep regularity, rather than duration alone, playing a key role in health.

The American Academy of Sleep Medicine recommends 7 hours or more of sleep per night. This research suggests that this sleep would better serve health when it is obtained on a consistent schedule. 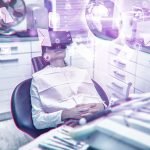 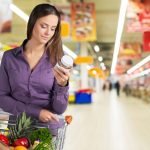