How to address potential interactions between chemotherapy and natural health products

It will come as no surprise to most NDs that conventional oncologists often consider the addition of natural health products to the care of a cancer patient as potentially threatening to their model of care. Of course, there are the rare oncologists who welcome naturopathic interventions in the overall health of their patients and who may even have an implicit trust in our training and ability to treat cancer patients.

The points for discussion that follow are meant for what we might consider the normative or standard, conventional oncologist. As in most pursuits and professions, the majority of conventional oncologists are likely to be somewhat moderate and not take a position squarely within either of the extreme camps. This ‘normative oncologist’ may in fact be partially open to complementary care, albeit probably within a context of skepticism and ignorance. As a researcher and ND, I see any such skepticism as healthy and evidence of a desire and ability to distinguish what’s beneficial from what’s useless and, worse yet, from what’s potentially harmful. The skeptic is open to argument and, as such, can be convinced if the rationale is logical and reasonable. This article is meant to elucidate and address concerns that the skeptical normative oncologist might have before being open to encouraging or at least “allowing” patients to proceed with the use of natural health products in conjunction with conventional treatment. This article is not meant to provide evidence to support any specific anticancer agents, but to provide the naturopathic oncologist with a strategy to address potential interactions between conventional treatment and complementary natural health product use.

When referring to pharmacokinetic interactions, the implication is that the time course distribution of a compound in the body undergoes alterations. From the perspective of a pharmacologist, this involves such variables as volume of distribution, body compartmentalization, half-life, excretion/clearance rates and metabolism. From the clinician’s perspective, however, what’s of most importance is that the concentration of a drug is not substantially pushed out of the therapeutic range. If pushed above the therapeutic range, the risk for toxicity increases; if pushed below, the possibility for therapeutic failure correspondingly rises.

What is critical when considering pharmacokinetic interaction is the potential for changes to drug metabolism. The cytochrome P450 enzymes, primarily hepatic, are the most important enzymes responsible for drug metabolism and are most commonly assessed in drug interaction studies. So far, only St. John’s wort has demonstrated the ability to impact one of these important enzymes, CYP3A4, and may well adversely affect the pharmacokinetics and thus the ability of irinotecan to do its job (Mathijssen et al., 2002).

Evidence based on in vitro affinities of natural health products to specific CYP450 enzymes indicates the potential for clinically relevant interactions with chemotherapy (Venkataramanan et al., 2006). This issue is necessary to understand, as chemotherapeutic drugs come either as inherently active or as prodrugs that require in vivo metabolism to activate them. Toxicity is also directly mediated by the CYP450 enzyme system depending on whether these enzymes are involved in the metabolism, detoxification or elimination of chemotherapeutic agents. Metabolism of pharmaceuticals (active or prodrug) will invariably produce metabolites that also express various gradients of activity and toxicity.

When referring to pharmacodynamic interactions, the implication is that there is an alteration in the biochemical or physiological mechanism of action of the drug. The concern is not that the concentration or distribution of the drug is changed, but that its ability to act effectively is attenuated. On the flip side, this area of interaction also allows for the possibility that synergies might be realized through co-administration.

The issue of concurrent administration of antioxidants to patients receiving chemotherapy is one that has generated a great deal of controversy (Block, 2004; D’Andrea, 2005; Conklin, 2000, 2004; Prasad, 2004; Beijnen & Schellens, 2004). There are valid concerns as to how antioxidants might interfere with the therapeutic efficacy of chemotherapy; however, the potential for some of these agents to offset any toxicity and side effects of chemotherapy is also a potent attractor.

Antioxidant depletion due to treatment with certain chemotherapies, such as platinum compounds, anthracyclines and alkylating agents, has clearly been established and is implicated in the development and severity of adverse effects. In a systematic review exploring the effect of antioxidant supplementation with conventional cancer therapy, it was observed that total antioxidant status drops during treatment (Ladas et al., 2004). In an observational study of children treated with combination chemotherapy for acute lymphoblastic leukemia, it was found that children with higher plasma antioxidants had fewer complications than those with lower antioxidant status (Kennedy et al., 2004).

To further complicate matters, certain natural health products may augment the efficacy of some chemotherapy agents. An example of this includes work done on whey protein and other cysteine precursors that modulate glutathione levels (Wang et al., 1996; Baruchel et al., 1995). Glutathione, a potent antioxidant, appears to be concentrated in cancer cells and is one of the mechanisms by which cancer cells acquire drug resistance to chemotherapy. Interestingly, ingestion of whey protein causes depletion of glutathione in cancer cells (chemosensitization), while at the same time increasing glutathione production in healthy cells (chemoprotection). Therefore, the action of whey protein or cysteine precursors may be doubly beneficial (Wang et al., 1996; Baruchel et al., 1995; Bounous, 2000; Panetta et al., 2002; Baruchel & Viau, 1996). Chemotherapy drugs (particularly the alkylating agents, anthracyclines, platinum compounds and topoisomerase II inhibitors) often exert their therapeutic (and toxic) effects by forming reactive oxygen species and free radicals. In theory, it is thought that antioxidants may reduce the efficacy of anticancer agents by quenching free radicals, but there are several examples of adjunctive agents – such as mesna (Links and Lewis, 1999) and amifostine (Fouladi et al., 2001), whose protective effects are attributed to the quenching of free radicals – that do not appear to decrease the efficacy of chemotherapy. Supplementation of individuals receiving chemotherapy with antioxidants may even be viewed as similar to leucovorin rescue of patients being treated with high-dose methotrexate. This derivative of folic acid is usually given 24 hours after methotrexate, as most of the complications and side effects of methotrexate can be either prevented or treated by using leucovorin.

The window for pharmacokinetic interaction is also modified by the length of time the metabolizing enzymes
(predominantly the CYP450 enzymes) may be induced or inhibited. Inhibition of drug metabolizing enzymes can be classified as reversible, quasi-irreversible or irreversible. Most often, drug interactions result due to competitive reversible inhibition (Alfaro and Piscitelli, 2001). When this situation arises, we can expect that inhibition will last only as long as the inhibitor is present. Thus, the half-life is a reliable estimator of the potential window of interaction, and inhibition should not last longer than the time required for substrate (natural health product) clearance. In the case where metabolizing enzymes are down-regulated by irreversible inhibition, the window of interaction may expand beyond the range of five half-lives. Thus, a more conservative approach is required to establish a safe time frame for natural health product avoidance prior to commencing chemotherapy.

In the case of induction, changes in enzyme expression result from increased DNA transcription and synthesis of CYP450 enzymes. The time course of induction also depends on the elimination half-life of the inducer as well as the time required for enzyme degradation and new enzyme production (Alfaro and Piscitelli, 2001). As opposed to competitive enzyme inhibition, however, CYP450 induction will likely have a carryover, or “hangover,” effect. Thus, a longer delay prior to chemotherapy may be a wiser course if enzyme induction is expected. Figure 2 depicts drug concentration changes in the presence of inducers or inhibitors. In the case of chemotherapy drugs with narrow therapeutic windows, the potential for toxicity or therapeutic failure is especially high.

When to Stop Natural Health Products’ Consumption Prior to Chemotherapy

When no information is available as to the half-life of the natural health product or on the inductive or inhibitory effect on drug metabolism, greater caution is warranted. Stopping the natural health product one week prior to chemotherapy is probably adequate, but again must be moderated by patient/family wishes and the comfort level of yourself and the medical oncologist. In the situation where clear evidence of interaction is available, a situation applicable to St. John’s wort, a strict recommendation to avoid consumption of this product prior to therapy is probably the best choice. Unfortunately, with respect to clear evidence of interaction, St. John’s wort is the exception. It appears likely that the risk of pharmacokinetic interaction between most natural health products and chemotherapy is overblown; however, as yet we cannot be certain of this.

As the evidence accumulates and we become more aware of how different natural health products interact with conventional therapies, we will be better able to make predictions and prescribe more effectively. A specific area wherein the greatest potential exists to improve health includes the reduction of side effects caused by chemotherapy. Even more exciting, however speculative, is the possibility of arresting cancer progression and potentially even the induction of remission by the use of cocktails of natural health products wherein synergies take place to specifically target physiological weak points of cancer. Perhaps planned interactions (i.e., synergies) will be especially beneficial through the addition of natural health products to new molecular therapies as exemplified by bevacizumab or trastuzumab. It is imperative that basic and clinical research explore these avenues so naturopathic and conventional oncologists can be better equipped to deal with this complex and devastating disease.

Dugald Seely, ND has a small oncology-based practice. The majority of his time, however, is dedicated to the research of therapies used by NDs, with a primary focus in the area of cancer research. Dr. Seely is director of research at CCNM and is active in building the internal research capacity of the college as well as being the primary investigator on a 5-year study assessing the effectiveness of melatonin in non-small-cell lung cancer. Dr. Seely is also active in the development and dissemination of evidence regarding the effectiveness of naturopathic medicine, with publications in more than 20 peer-reviewed articles, including three book chapters.

D’Andrea GM: Use of antioxidants during chemotherapy and radiotherapy should be avoided, CA Cancer J Clin 55:319-321, 2005.

Fouladi M et al: Phase I trial of a twice-daily regimen of amifostine with ifosfamide, carboplatin, and etoposide chemotherapy in children with refractory carcinoma, Cancer 92:914-923, 2001.

Shoba G et al: Influence of piperine on the pharmacokinetics of curcumin in animals and human volunteers, Planta Med 64:353-356, 1998. 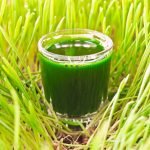