Do Different Forms of B12 Have Different Clinical Effects?

This article will explore the characteristics of supplemental forms of vitamin B12 (cobalamin) and how these various forms may differentially behave in modulating metabolic processes, including methylation. Three natural forms of vitamin B12 are commercially available – methyl-cobalamin (MeCbl), adenosyl-cobalamin (AdCbl), and hydroxyl-cobalamin (OHCbl), all of which have been shown in clinical studies to improve vitamin B12 status. They are bioidentical to the B12 forms occurring in human physiology and animal foods. In contrast, cyanocobalamin (CNCbl), a synthetic compound used for B12 food fortification and some supplements, occurs only in trace amounts in human tissues as a result of cyanide intake from smoking or other sources.

Unsubstantiated marketing of B12 supplements often claim that their clinical effects depend on the B12 form(s) they contain. However, the preponderance of evidence shows that all supplemental or food-derived B12 forms are reduced in the body to a core cobalamin molecule, which then converts to the intracellular active forms, MeCbl and AdCbl, in a ratio not influenced by the form of B12 ingested. This is due to the fact that the methyl and adenosyl ligands (from supplemental MeCbl and AdCbl) are cleaved inside cells and are not utilized in the synthesis of intracellular MeCbl and AdCbl, respectively.

Overall bioavailability of supplemental B12 may be influenced by many factors, such as gastrointestinal pathologies, age, and/or genetic polymorphisms in B12-related metabolic pathways. Unfortunately, current evidence is not sufficient to show which of the natural B12 forms may be best assimilated by particular individuals or used for particular health outcomes.

The synthetic form of supplemental vitamin B12 was first developed and has long been available in the form of CNCbl, both for oral and injectable use. Subsequently, the naturally occurring forms of B12 – MeCbl, AdCbl, and OHCbl – were made available, and they seem conceptually preferable due to their bioidentical nature. However, CNCbl continues to be used for food fortification and in some supplements, due to its low cost and heat stability.

Despite the often-repeated “myths” and “hype” in the nutritional and naturopathic communities – perhaps initially propagated by methylation seminar “experts” and some nutritional supplement manufacturers – that the specific form of B12 is critical in modulating methylation pathways, is this actually true? The authors turned to the available science in a recent systematic literature review and asked the following question: “Which of the 4 forms of B12 commercially available today may be best to use for particular clinical cases, and should genetic polymorphisms involved with B12-related pathways be guiding this selection?1

Two forms of B12, MeCbl and AdCbl, are recognized as “active forms” of B12 in human and animal physiology because they act as cofactors in important metabolic reactions. However, numerous studies have shown that when these forms of B12 are ingested through foods or supplements, they are not retained intact in their “active form” as they go through intracellular metabolism.2-3 For example, a 2015 comprehensive review of vitamin B12 metabolism states that there seems to be no demonstrated advantage to using any one of these B12 forms over others, other than cost.4 As mentioned above, numerous studies and reviews of B12 metabolism have shown that CNCbl, MeCbl, OHCbl, and AdCbl are reduced to the core cobalamin molecule inside the cytosol. It is important to note that during this process, the ligands specific to the ingested B12 form (methyl and adenosyl) are removed and not utilized inside cells during the conversion of cobalamin to the 2 active forms of B12.4-6 (See Figure 1) Activation of cobalamin occurs in very specific cellular environments as follows: cobalamin is converted into MeCbl inside the cytosol, and to AdCbl inside mitochondria. The final amounts and ratios of MeCbl and AdCbl produced do not depend on the initial form of B12 that entered the cells.7 However, these amounts may vary based on cell type, specific cellular conditions, and genetic polymorphisms of metabolic pathways. 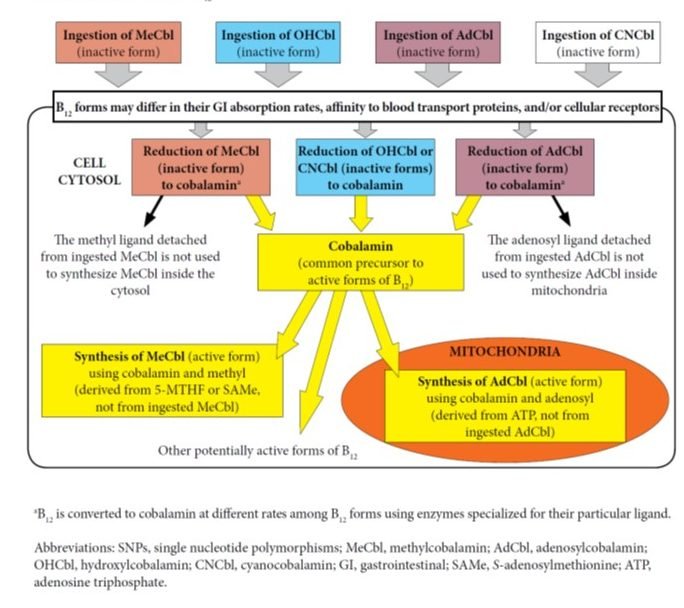 Figure 1. Influencing Factors in B12 Absorption, Transport, and/or Activation

Further, a cellular study clarified that in the case of supplementation with MeCbl, the methyl group brought inside cells by this form of B12 is not utilized in any methylation reactions and it does not produce more methionine as compared to supplementation with hydroxycobalamin.7 The authors state, “Once released from the lysosomes, both MeCbl and OHCbl were converted in the same proportions to coenzyme forms, suggesting equivalent entry into common cellular pools of cobalamin from which active forms are synthesized. All evidence supported the concept that in human cells the active MeCbl on methionine synthase forms de novo on the enzyme. Exogenous MeCbl enjoyed no advantage in binding to methionine synthase, in synthesis of MeCbl, and in supporting cell division. It appeared unlikely that therapeutic MeCbl would have any advantage over OHCbl in the treatment of MeCbl deficiency or cobalamin deficiency in general.”7  (See Figure 2) 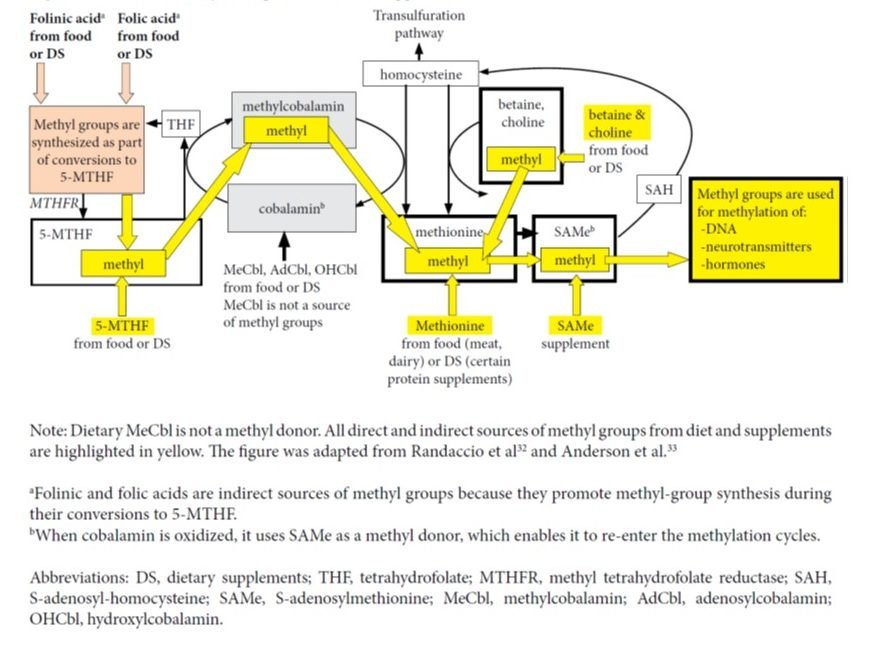 Figure 2. Sources of Methyl Groups from Diet or Supplements

Another cellular study showed that when B12 is supplemented as AdCbl, the lysosomal reduction to cobalamin is 67 times slower than the reduction of MeCbl to cobalamin. Thus, it is true that AdCbl supplementation may result in a slower synthesis of intracellular AdCbl and MeCbl as compared to MeCbl supplementation.8 The methionine produced in cyclic methylation reactions supports production of SAMe, which acts as a methyl donor in reactions involving DNA, and certain hormones or neurotransmitters.9 Intracellular synthesized SAMe derives its methyl component either from 5-methyl-tetrahydrofolate (5-MTHF) – with cobalamin acting as an intermediate carrier of the methyl group – or from intake of methionine, betaine, or choline. Thus, intracellular levels of SAMe are not influenced by the form of B12 ingested.

In conclusion, it is clear that unlike in the case of folate, where active methylated forms are superior (particularly the L-5-MTHF form), the form of B12 entering the body will not differentially influence the metabolite levels in any methylation reactions. However, the amount of vitamin B12 ingested at one time and its bioavailability, reflected by the portion converted to cobalamin inside cells, is relevant. This will influence the extent to which 5-MTHF, available inside cells, will be utilized for methylation reactions and DNA synthesis.9-10

At the time of this review, no studies had yet proven that the effects of particular genetic polymorphisms can be differentially modulated by any particular form(s) of B12. In the end, what does a clinician do? Well, the use of MeCbl is generally a good choice, as it is effective and generally the least expensive of the bioidentical or natural forms of supplemental cobalamin. However, given that there are some differences in absorption and bioavailability of the various forms, when specific cobalamin therapy is warranted, such as would be the case in methylation issues (including methylation polymorphisms) and homocysteinemia, for instance, the use of a supplement with various or several forms of naturally-occurring cobalamin forms (MeCb, AdCb, and OHCb), combined with methylated folate, would be an ideal strategy. That is, at least, the opinion of the authors, based on our extensive review. 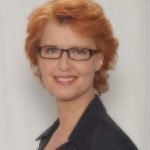 Cristiana Paul, MS, holds a Masters in Nutrition Science from Cal Poly Pomona and has extensive experience in clinical practice and reviewing nutrition research. She has been formulating nutritional supplements and integrative medicine protocols for 18 years. Christiana is a contributor to the 2012 edition of the Textbook of Natural Medicine, with chapter reviews on vitamin K1, K2, K3, and omega-3 fatty acids. She has authored various nutrition reviews and is a contributor to the think-tank, Gerontological Research Group. She is currently a product/protocol development consultant for Designs for Health, Inc, a professional line of nutritional supplements. 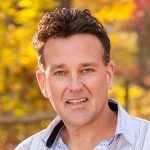 David M. Brady, ND, DC, CCN, DACBN, has over 25 years of experience as an integrative medical practitioner and academic. He is a licensed naturopathic physician in CT and VT, and a board-certified clinical nutritionist. Dr Brady is also a prolific author of medical papers, research articles, and medical textbook chapters on fibromyalgia, autoimmunity, and functional gastroenterology. He currently serves as the Vice President for Health Sciences, Director of the Human Nutrition Institute, and Associate Professor of Clinical Sciences at the University of Bridgeport in CT. He maintains a private practice, Whole Body Medicine, in Fairfield, CT, and is also the CMO for Designs for Health, Inc and Diagnostic Solutions Labs, LLC. Learn more at DrDavidBrady.com and FibroFix.com. 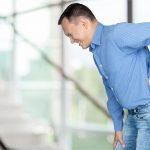 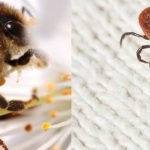