According to the International Headache Society guidelines, the Global Burden of Disease Survey 2010 found that “migraines were ranked as the third most prevalent disorder and the seventh-highest specific cause of disability worldwide.”1 Migraines cause patients a substantial amount of pain and discomfort, reduce their productivity at work, prevent many activities of daily living, and can result in significant impediments to lifestyle.2 Migraine headaches are characterized by moderate-to-severe pulsating, unilateral pain, generally with associated photophobia and/or nausea. Symptoms are usually worsened by physical activity and often last from 4-72 hours without treatment.1 Due to the condition’s prevalence, severity, and impact on a patient’s life, it is imperative to find a treatment modality that is both quickly effective and has lasting effects. This case study demonstrates the effectiveness of cervical adjustments in conjunction with trigger-point release of associated hypertonic muscles in decreasing frequency and intensity of migraines in a young female patient.

A 29-year-old female medical office worker presented for treatment of recurrent headaches. For the past 2 years, her headaches generally occurred at least 1 to 2 times per week. She described the pain as sharp and constant in the left orbital region, superior to the inner canthus. Although her vision was not affected, the patient described seeing “flashes of light,” a “white haze,” or “things falling horizontally” across her left eye, along with photophobia. The pain became substantial enough (severity, 9 out of 10, with 10 being the worst) to require the patient to halt daily activities and palliate the headache. The patient noted that the headache’s onset was frequently associated with acute, situational and stressful circumstances that usually involved her family, and that the pain was relieved when pressure was applied to the area while lying down in a dark room, along with stress reduction. She had not sought other forms of treatment and there is no known family history of headaches.

Examination revealed a fit young woman with slight anterior carriage of the head. Cervical active range-of-motion was significantly restricted, and a stretching sensation was felt upon lateral flexion bilaterally. Right lateral flexion was restricted to half of full range-of-motion, and the left was three-quarters restricted compared to forward flexion, which was only limited by a few degrees. Full, pain-free, active range-of-motion was achieved in bilateral rotation and extension. The cranial nerve examination was normal. Motion palpation revealed right rotation restrictions from C2-C4. With the patient seated, static palpation of the shoulders and cervical regions revealed hypertonicity in the splenius capitis/cervicis and erector spinae muscles, with more prominent hypertonicity and tender trigger points in the levator scapulae and trapezius on the right side. Blood pressure was 100/60 mm Hg (left arm, seated). There were no carotid bruits on physical exam, and a bilateral vertebral artery insufficiency test was negative prior to treatment. A basic lab panel of CBC with differential, ferritin, TSH and B12 revealed no abnormal values except for slightly elevated RBC at 5.02 10*12L (or x10E6/uL) and ferritin at 21 ug/L, for which the patient was prescribed 30 mg of iron daily.

The patient was diagnosed as having migraine headaches without aura due to chronic, high stress. Pertinent positives: unilateral, pulsating-quality, moderate-intensity pain, lasting 4-72 hours untreated or unsuccessfully treated, pain is aggravated by routine physical activity, and is associated with photophobia but no aura. Pertinent negatives: no bilateral pain, no presence of tightening or pressing quality (which would be more indicative of a tension-type headache). The International Headache Society criteria were used for diagnosis.

As seen in Table 1, the patient received treatment consisting of cervical adjustments of the segments C3-C4, using the adjustment technique shown in Figure 1. This was preceded by trigger-point release and soft tissue work in the surrounding area 1 time per week, for a total of 3 times with a 2-week gap between the third and fourth treatments. The patient reported a dramatic improvement following the course of treatment and had noticeably reduced frequency and severity of the migraines over the 6-week treatment period. During the first week of care, the patient experienced 2 migraines of high severity (9 out of 10). This was followed by 0 migraines after the second week, and only 1 headache within a 2-week time period following the third week, and with significantly less severity (6-7 out of 10) compared to previous migraines. During the last week of treatment, only 1 headache was experienced, was in a different location (right-sided instead of left), and the severity was less than with prior migraines (7 out of 10). Due to the significant reduction in frequency of the migraines and the patient reporting an improved quality-of-life, with minimal-to-no interference of daily life, the patient has been informed that further treatment is only indicated as needed or desired. 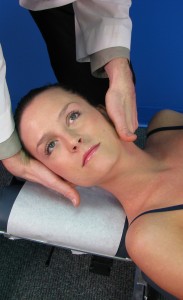 Naturopathic physicians often underutilize their cervical adjustment and trigger-point release skills for the treatment of migraines. However, this case study demonstrates how effective cervical adjustments combined with trigger point therapy can be in the treatment of chronic migraines. Although physical medicine is a common route for therapists such as chiropractors and physiotherapists to turn to for the treatment of migraines, currently there is only a moderate level of research supporting it.3,4 Overall, the research states that while the outcomes in a variety of studies are in support of cervical adjustments as a form of treatment for migraines and that this treatment method can offer patients significant relief and lasting effects, more and higher-quality studies are still needed to fully conclude its long-term safety and effectiveness.2,3 A couple of studies demonstrated that cervical adjustments were more effective than standard headache medications.4-6 It is important to consider that there are many causes of migraine headaches and that this factor also poses a challenge to evaluating treatment modalities, as the mechanism(s) that cause a migraine may be different for a variety of patients. The trigger-point release method is a highly recognized, researched, and clinically-proven modality; however, there is minimal research on the specific use of trigger-point release methods in the treatment of migraines. A study by Giamberardino et al suggested that although trigger point therapy has proven to be effective for reducing migraine symptoms, it is difficult to control for trigger-point release methods, as most forms of trigger point intervention will generally result in some positive outcome.8 In addition, Fernandez-de-las-Penas et al showed increased trigger points in patients with unilateral migraines.9 There are also studies suggesting that there is little evidence to support spinal manipulations as helpful for migraine relief.10 To date, there appear to be no studies conducted on the combined methods of trigger point release and cervical adjustments used in this case study.

The objective of this case study was to present evidence in support of cervical adjustments and trigger-point release of associated hypertonic muscles for reducing the frequency and severity of migraines without aura. Results indicate that the presenting patient, a 29-year-old female experiencing recurrent moderately-severe migraines at a frequency of at least 1-2 times per week for the past 2 years, and with a severity of 9 out of 10, can be reduced to less than 1 episode per week after only 3 treatments over a 6-week period. Successful cervical adjustments combined with trigger-point release of associated hypertonic muscles led to a reduction in migraine frequency and severity, as well as returned the patient to her activities of daily living and improved lifestyle. These results coincide with another case study series results by Tuchin, where the patients experienced significant relief of migraine symptoms from manipulations.11

Robyn Prescott, BA, received her Bachelor of Arts in literature from Thompson Rivers University in 2010, and is currently completing her 4th year at the Boucher Institute of Naturopathic Medicine. As an avid mountain horseback rider, mountain biker, and road cyclist, Robyn has developed a strong passion for healing the body and relieving pain through naturopathic manipulations with soft tissue work and nutrition, botanical medicine, and lifestyle modifications/exercises.

Alana Shaw, BSc, ND, is a leader in naturopathic medicine for women’s health and fertility. Dr Shaw received her Bachelor of Science degree from McMaster University before completing the 4-year naturopathic program at the Canadian College of Naturopathic Medicine. She went on to perform clinical training in mind/body medicine through Harvard Medical School before beginning her Master’s degree at the University of British Columbia in 2010. At UBC, Dr Shaw advanced her education and became an expert in evidence-based natural medicine for reproductive health. She is currently practicing alongside Dr Anthony Cheung, REI, at the Grace Fertility Centre, where she provides care for women and their families at all stages of life. She continues to stay active in the academic community as a clinical supervisor and women’s health instructor at the Boucher Institute of Naturopathic Medicine in New Westminster, and through research conducted at the Grace Centre. She has her pharmaceutical prescribing license and is also part of a small group of NDs becoming certified with advanced naturopathic training in obstetrics, pediatrics, and gynecology. 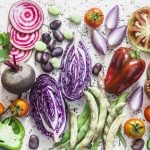 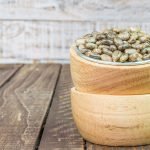