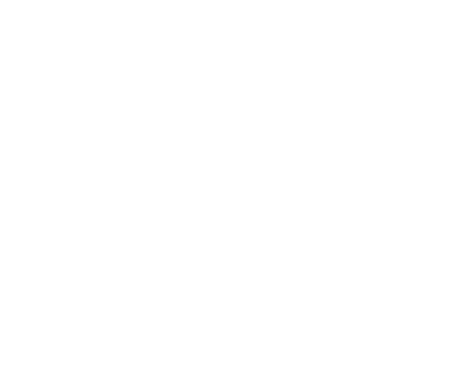 The perceived value of vaccination is deteriorating and more parents choose to delay (or forgo) their children’s immunization, while seeking other forms of care. Many of these parents have turned to naturopathic medicine to enhance their children’s health and immune function instead of vaccinating.1 A considerable amount of literature has focused on elucidating the factors associated with lack of compliance and/or opposition to established schedules. Parental attitudes towards vaccination, and the use of Complementary and Alternative Medicine (CAM) are 2 such factors that have been analyzed. Only a limited number of studies, however, are specific to naturopathic medicine. Parental opposition to vaccination appears to be influenced by CAM practitioners,2 but such studies have ignored essential differences among the various professions that compose this group. Given their heterogeneity, it may be fallacious not to assess professions independently. These studies have been inconsistent in establishing a specific criterion, or a universal definition, for what constitutes “anti-vaccination,” and has led to the unmerited labeling of concerned parents and diligent practitioners. The purpose of this review is to push for the establishment of a naturopathic stance on pediatric vaccination in accordance with scientific evidence and with the principles of naturopathic medicine, as embodied by the British Columbia Naturopathic Association3; to outline the factors associated with parental opposition to vaccination; to unravel sources of error in studies assessing CAM attitudes towards vaccination; and, finally, to pave the way for much needed research in this area.

One important consideration about pediatric vaccines is that they do save lives, reduce serious morbidity, and prevent diseases (a tenet of naturopathic medicine4). The implementation of standard immunization schedules throughout the world has seen a drastic reduction in many childhood diseases.5,6 This has reduced the likelihood that individuals would contract a vaccine-preventable disease due to herd immunity, and thus, the perceived gravity of such diseases has also declined over time. Because the benefit/risk ratio of immunization has been altered, parents have become more concerned about the adverse effects than the benefits of vaccination itself (due to a drop in the likelihood of acquiring a vaccine-preventable disease; and/or herd immunity).5,6,7 Like any other controlled substance, a vaccine may occasionally lead to organic injury.7 Differences in genotype, health status (eg, nutrition), and environmental factors (eg, parasitic infections that manipulate T-cell profiles) can affect how a person’s immune system responds to stimulation by vaccination.5 Furthermore, disease burden, strain prevalence, and efficacy and effectiveness all differ by country.5 This then raises the question, should there be a standardized, one-size-fits-all compulsory vaccination schedule for every child? Some researchers6 and parents do not think so.

Because caregivers strive to ensure the safety of their children, many of these parents show concern for the short- and long-term adverse effects of vaccination and its safety. It appears, however, that socioeconomic status is the prime predictor of compliance.8,9 Several categories were correlated with poor pediatric vaccination compliance. It was found that the following groups were less likely to vaccinate their children: Black race; living in poverty; less than secondary school education;being separated, divorced or widowed; maternal intention to breastfeed; maternal employment; and use of CAM.7,9,10 Another 2 studies concluded that parents who opposed vaccination felt that vaccines were unsafe; however, that same group reported strong confidence in routine childhood vaccination, thus showing some confusion, or lack of education.9,11 These parents were more likely to believe that children could fight off disease, especially those children who were breast-fed, and those who stayed at home during an outbreak.9

One major drawback to epidemiological studies is the inconsistency regarding what constitutes an “anti-vaccination” attitude (ie, opposition to all vaccines vs opposition to one or some vaccines). These studies did not disclose whether or not the vaccines formed part of the compulsory schedule for that jurisdiction, nor did they specify which types of vaccines parents opposed. This is important because some studies labeled parents as “anti-vaccination” for opposing non-compulsory vaccines such as the varicella-zoster virus vaccine.11 Some parents may want their child to develop a strong, natural immune response (eg, mucosal/IgA) following natural infection with chickenpox, but do not oppose any other form of vaccination when provided with clear information about serious risks and complications.12,13 Future studies should assess whether a similar problem exists in jurisdictions where vaccines are free to the public, and thus whether vaccine sales and promotion are not a driving motive for the arbitrary labeling of parents and practitioners. Moreover, future studies should also look at the differences in parental attitudes towards pediatric vaccination in Canada, where health care is covered by governmental insurance plans, and where CAM use is mainly limited to families of higher income and higher level of education.

Traditionally, CAM practitioners have been pegged as “anti-vaccination” for promoting the body’s own ability to fight disease1,2,11,14 and for opposing the use of vaccines. This claim is not entirely a false one, but it harbors much imprecision. CAM comprises a diverse group of professionals: naturopathic physicians, chiropractors, homeopaths, acupuncturists, and massage therapists (to name a few). Their philosophies, level of education, training, and scope of practice differ widely by jurisdiction. Some of these practitioners are not medically trained, especially those from non-regulated jurisdictions or from outside North America. Given these differences, clumping such a diverse group together – without standardizing for regulation, education, and scope of practice – will skew data and yield misleading results. In regulated areas, such as Ontario, title protection and standards of practice are clearly established in the law, but in other areas, such as Quebec, no such laws exist to protect the public from misrepresentation.15

Until recently, studies on CAM attitudes towards vaccination have been focused on chiropractors and naturopathic doctors. These studies found that Ontario chiropractic and naturopathic students were more likely to develop “anti-vaccination” attitudes as they progressed through their education.14,16 This trend may be worrisome to public health authorities, and possibly reflects why the College of Chiropractors of Ontario placed vaccination outside of the scope of chiropractic; ergo, chiropractors must refrain from advising patients against vaccination. It was also found that 12.8% of naturopathic medical students would not recommend any vaccine (ie, DPT, MMR, Hib, and polio) because of concerns about adverse effects, particularly MMR (<23% report known adverse effects); another 12.8% reported recommending all vaccines, and the remainder (<75%) chose selective vaccination schedules.14 A drawback to these studies was the small population sampled. Conjointly, naturopathic doctors were labeled as “anti-vaccination” based on the rejection of all vaccines by <13% of the students surveyed. A lack of a clear stance on pediatric vaccination may compromise the professional relationship between physicians and CAM practitioners who wish to be selective with the vaccination schedule, and for a good reason (ie, individualized, patient-centered care).17,18

Vaccines are powerful tools in the prevention of disease, but this does not exclude parents and practitioners from assessing the risks and benefits of vaccination. Consideration of a patient’s overall health status is fundamental and necessary in the practice of naturopathic medicine. Personal biases must be set aside in favor of professional standards of practice, so that in this way, parents can make an informed, educated decision about what is best for their children. The right to informed consent should not be equated with “anti- vaccination” attitudes. Because the current literature is limited, it is vital to conduct more research in this area. Parental attitudes towards vaccination prior to seeking naturopathic medical care (and not just the umbrella of CAM) should be assessed in order to identify the areas requiring more attention. This would pave the way for a professional stance that embraces scientific evidence without compromising the integrity of naturopathic medicine.

Enrique A. Olazabal (“Rick”) is a fourth-year clinic intern at the Canadian College of Naturopathic Medicine (CCNM) in Toronto, ON. Prior to CCNM, he attended Dalhousie University in Halifax, NS, St Christopher’s College of Medicine in the UK, and McMaster University in Hamilton, ON, where he studied history, medicine, and life sciences (microbiology and immunology), respectively, before finding his calling within naturopathic medicine. Rick maintains a keen interest in health policy and biomedical ethics.

Kieran Cooley, BSc, ND, is an associate director of research and assistant professor in CCNM’s department of research and clinical epidemiology. Kieran’s experience includes a broad range of clinical trials, systematic reviews, and collaborations investigating naturopathic medicine and various natural health products. This includes a recent collaboration evaluating the effectiveness of naturopathic medicine for cardiovascular disease risk published in the Canadian Medical Association Journal (CMAJ). A recipient of the SickKids Training Award in Complementary/Alternative Health Care, he has previously investigated behavioral disorders in children, with a focus on ADHD. Kieran is committed to fostering an evidence-based approach to naturopathic medicine and a long life of learning and sharing. 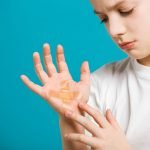 When Pain Is Not Only Pain: Recognizing and Treating Anxiety in ChildrenAnxiety/Depression/Mental Health, Pediatrics