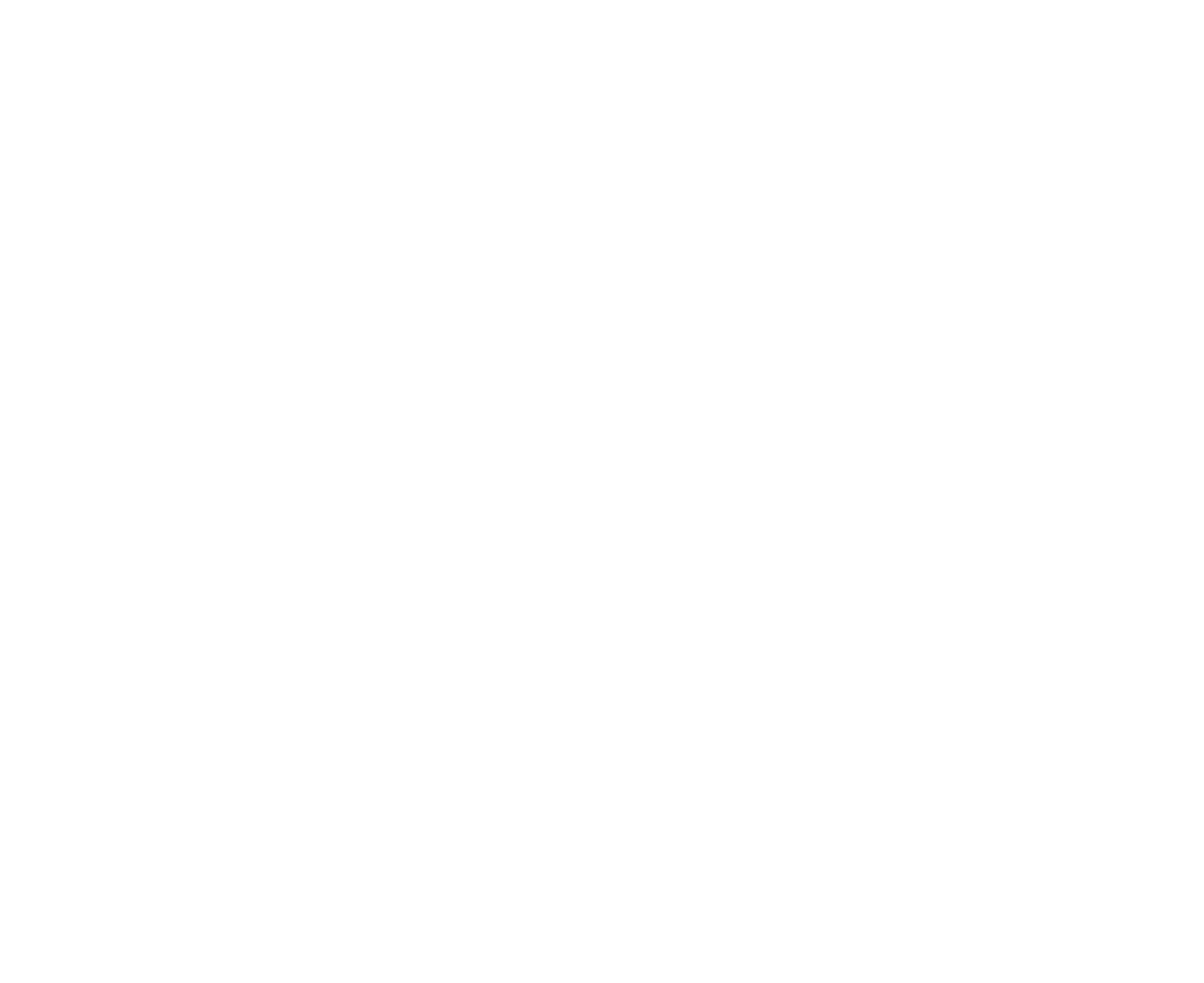 The postpartum period, otherwise known as the fourth trimester, is a period of time following birth when women’s hormones shift, sleep is interrupted, and new mothers get acquainted with their new role. It begins with delivery of the infant, and has an undefined end. Some cultures classify this period as the first 6-8 weeks, whereas some believe this postpartum adjustment period lasts up to 12 months.1 During this time, mothers navigate physical recovery from labor and childbirth, changing hormones, sleep disruption, breastfeeding, and a change in relationship dynamics. In the United States, it is common for women to not receive the support that they need and deserve because the attention is focused solely on their newborn.2

Research shows that there are 5 universal postpartum needs: an extended rest period, nourishment, support from wise women, loving touch, and contact with nature.3 The extended period is when the mother is in confinement to begin the healing process; it is also the start of the mother-baby unit. During this sacred window, it is customary for the community to come to mom and tend to her needs. The new mother is encouraged to eat warming and nourishing foods to support the healing of her body. In addition to staying well hydrated, her food is ideally collagen rich, nutrient dense, and high fat. It is also beneficial for her to be surrounded by wise women in her community. These experienced women should keep the new mother company at all times so that she is never left alone. Because the mother gives so much during the postpartum period, it is crucial that she receives special care, such as massages and loving touch. Lastly, it is beneficial for the mother to spend time outside on a daily basis to ground herself with the larger forces in life.3

Although birth and the arrival of a newborn is usually a happy occasion, many women experience negative postpartum symptoms. These symptoms can start during pregnancy; however, it is more common for women to develop symptoms in the first couple of months postpartum. Additionally, it is estimated that up to 75% of women will experience “baby blues” postpartum, and 15% of those women will develop maternal mental health conditions such as postpartum depression (PPD).4 Other symptoms vary and can include dysphoria, decreased energy levels, impaired concentration, and insomnia.5

Conventional treatment of PPD typically consists of psychotherapy and pharmaceuticals. Psychotherapy is effective for some women; however, it is not always curative on its own and thus may need to be combined with other modalities. Despite the possible benefits of antidepressant medications, many patients are wary of starting on medications and are looking for more natural options. Thankfully, these are not the only options available. One additional treatment modality that merits consideration for PPD is homeopathy. Here we present the resolution of a new mother’s postpartum depression, anxiety, and bursts of anger with daily treatment of homeopathic Staphysagria.

AB is a 30-year-old female who presented to the clinic in September 2018 with chief complaints of depression, anxiety, and anger. Her severe anxiety started about 48 hours after the birth of her first son 1 month prior in August of 2018. She reported constant ruminating thoughts, worry, and feeling like something bad was going to happen. She felt completely out of control and a sense of panic at all times. Her symptoms heightened when calling to see how her son was doing in the NICU and also while visiting him there. AB also reported aggravation by friends and family members trying to comfort her, as she felt like they were dismissing her feelings. Alone-time and praying made her symptoms bearable.

AB also reported severe anger bursts, starting 5 days postpartum. The anger mostly revolved around having to wake up every couple of hours to nurse while being sleep deprived. She experienced the physical manifestations of anger as shallow breathing, a racing heart, and occasional trembling. Her symptoms were worse when waking up to feed her son during the night. Her episodes of anger manifested with strong impulses to throw objects or punch something, and would dissipate just as quickly as they had come on.

She recounts one physical altercation with her husband prior to our visit, during which she blacked out. This was extremely scary for her and made her conclude that she needed to ask for help. Her symptoms were worse when her parents offered opinions or when her husband would say how tired he was. Similar to her anxiety, the only time she felt better was when she had time to herself or time alone with her son. She admitted that when things got bad enough, she would hide in the bathroom for some reprieve.

AB was gravida prima March 2018, with hyperemesis gravidarum and gestational diabetes. Her past medical history was significant for a spontaneous subclavian deep vein thrombosis (DVT) in 2011. She had an emergency cesarean section on August 24, 2018, at 34 weeks, and her son was kept in the NICU for 24 days before coming home. Prior to our first visit, she started seeing a therapist for her anxiety and anger symptoms.

At the time of her consultation, she was taking a prenatal multivitamin, DHA with vitamin D, 40 mg enoxaparin sodium (to prevent DVT), and homeopathic Arnica montana 30C daily for her C-section scar.

AB was married with 1 son and was a full-time student. She was a Christian woman who leaned on her faith in all seasons. Her diet consisted of mostly home-cooked meals of traditional Geechee soups and stews, and she drank about 100 oz of water daily. On average, she was getting about 4 hours of broken sleep per night.

Physical exams and current laboratory results were all within normal limits. Our working diagnosis was unspecified depressive disorder with peripartum onset and unspecified anxiety disorder, as she met both criteria per the DSM-V:

Given the information above, the rubrics listed in Figure 1 were used in MacRepertory.

The top remedies indicated in the repertorization were Staphysagria, Thuja, Nux vomica, and Chamomilla. Staphysagria was decided upon due to her anger bursts (which were a 10/10 in severity) and her strong impulse to throw things at those who offended her. Staphysagria is well indicated for patients like AB who are sensitive to rudeness and offended easily. Her symptoms would worsen when her husband and family members would try to console her or offer advice, and she felt relief when alone.

Other possible remedies were ruled out by comparing rubrics in the materia medica. Nux vomica was a second choice, given her heightened irritability and desire to be alone. It is also well indicated for people that have impulses to throw things when angry. However, Nux vomica was ruled out because AB did not have any nausea or symptoms from overindulgence. Homeopathic Sepia was also considered, as it is well indicated for postpartum depression in women who are worse with consolation. However, Sepia was ruled out because she was not indifferent to her loved ones, and Sepia does not cover her strong symptom of anger. Overall, based on her symptom picture, Staphysagria was the best match.

We prescribed Staphysagria 30C, 3 pellets under the tongue every other hour, with follow-up in 1 week. AB was educated on the possible reactions associated with homeopathy, including an initial aggravation of symptoms, the return of old symptoms, and exonerative discharge.

AB followed up 1 week later, 5 weeks postpartum, and reported that within a few days on homeopathic Staphysagria, she became extremely emotional. She would well up with tears over matters that she previously wouldn’t have cried about. It was explained that this is an example of exonerative discharge and that it indicated a positive reaction to the remedy. She also noticed a slow decrease in anger over the week. In stark contrast to her initial presentation’s severity of 10/10, after 1 week she rated her anger bursts as 6/10 in severity. It was determined that she was reacting positively to Staphysagria and that it was the correct remedy for her symptom picture. She was asked to continue the homeopathic remedy and return in 3 weeks.

At her 1-month follow-up, she reported that her symptoms had continued to improve since the last visit. She said she did not feel as emotional as she did right after starting homeopathic Staphysagria. AB explained she still had bursts of anger, especially at night when breastfeeding her son, but that they were now less severe and she felt more in control. After 1 month on the remedy, she classified her anger as 3/10 in severity. She said she was starting to feel more like herself and felt that the homeopathic remedy was helping. She was asked to continue taking Staphysagria daily to help with her symptoms and to call if she had any concerns before her next visit.

At her last follow-up, 10 weeks postpartum, AB reported complete resolution of both her anxiety and bursts of anger. One week prior to the visit, she discontinued the remedy secondary to experiencing no symptoms. Since the previous visit, no symptoms had returned. She had started taking a tincture for her anxiety, which contained Avena sativa, Leonurus cardiaca, Passiflora incarnata, Withania somnifera, and Schisandra chinensis. She had also started seeing a therapist to help process her traumatic birth. She attributed the resolution of her symptoms to the combination of the homeopathic remedy, the herbal tincture, and working with her therapist.

This single case joins many others in demonstrating the benefit of homeopathy during the fourth trimester for postpartum depression, anxiety, and anger. Homeopathy addresses the mental, emotional, and physical aspects of the individual, to produce long-term effects. The outcome of this story was the complete resolution of 10/10 bursts of anger, desire to throw things when angry, indignation, and wanting to be alone. AB no longer has crippling anxiety and anger, and is now able to enjoy being a new mom.

Even though a combination of treatments was used, it’s evident from this case that a significant portion of her improvement can be attributed to the homeopathic remedy. Although some practitioners would disagree with combining modalities, this case shows how homeopathy can be of benefit when integrated with other treatment modalities like botanical medicine and mental-emotional support.

The use of homeopathy in the fourth trimester for depression, anxiety, and anger is efficacious, affordable, safe, and has a low risk of side effects. In order to ensure proper standards of care and management of the case, it is crucial that homeopathic remedies are prescribed by a competent naturopathic doctor or homeopathic practitioner. Homeopathy provides long-term benefits and should be considered as a treatment option for postpartum symptoms such as those described in this case. Future considerations include long-term clinical trials on homeopathic remedies to ensure the safety, risk of use, and long-term benefits.

Michelle Young, ND, obtained a BS in neuroscience at The University of Michigan, and her doctorate in naturopathic medicine at Bastyr University California. She was a 4th-year naturopathic medical student at the time of this writing. Dr Young is passionate about building foundations for health, from conception through childhood. She desires to support children and guide parents, so they can live their most vibrant life possible. Dr Young plans to serve families in the San Diego area in person and through telemedicine visits.

Morgan MacDermott, ND, is a rising leader in women’s reproductive health, dedicated to transforming the struggles of the modern mother. As a licensed naturopathic doctor and mother of 2 young children, Dr MacDermott blends medical expertise and gathered communal wisdom to help women navigate wellness during this transformative journey. She is a powerful voice for natural medicine in the fields of preconception, pregnancy, and postpartum. 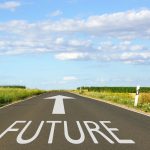 Association Spotlight: Our Vision for the FutureNaturopathic News, Pediatrics 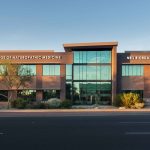