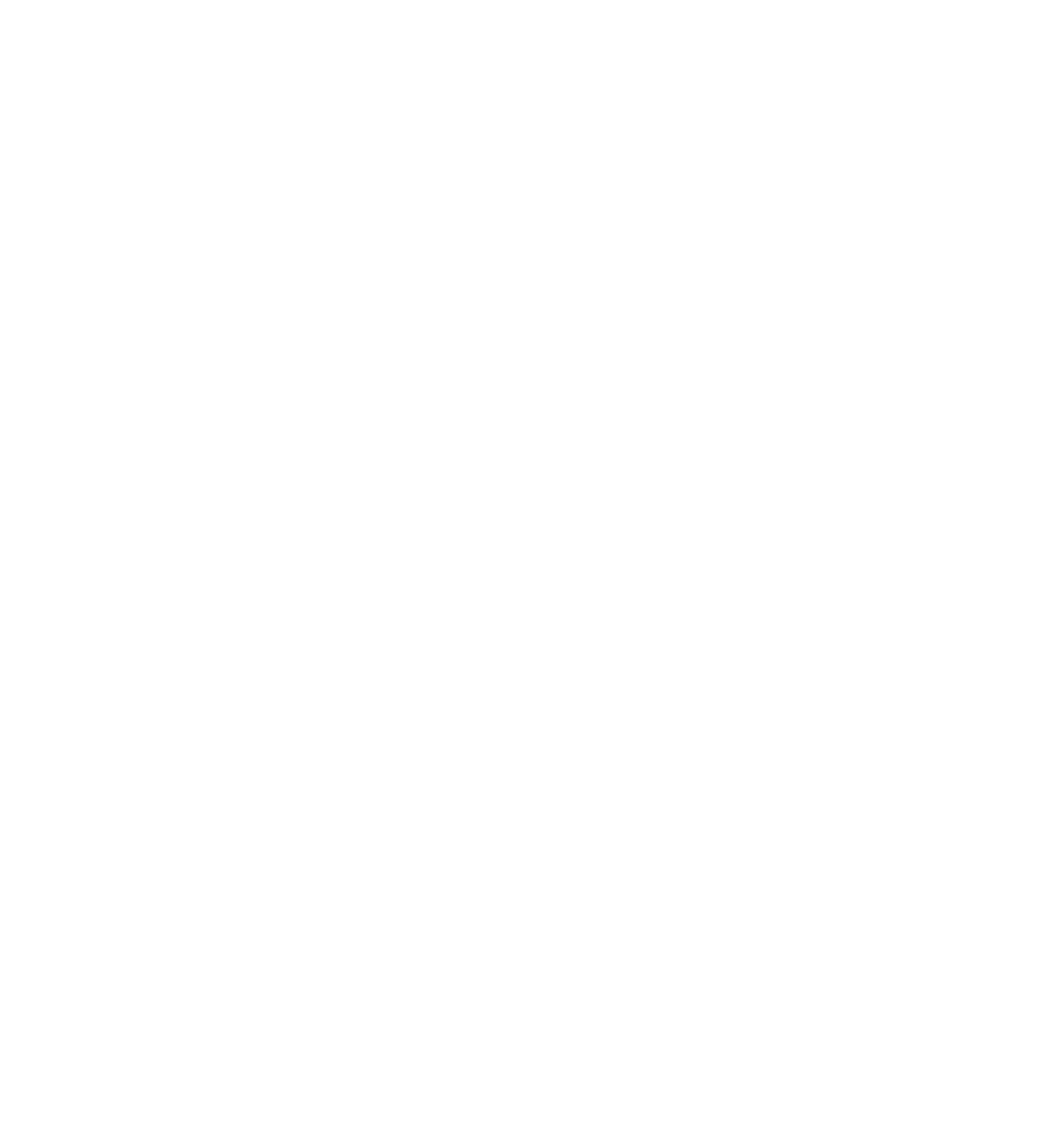 A Naturopathic Education Syzygy: It’s Upon Us

In astronomy, the term “syzygy” refers to alignments, such as when the sun, the earth, and the moon line up to create conjunctions, oppositions, or occultations (we know them as solar or lunar eclipses). From time to time, but inevitably, alignments occur such that a smaller body passes in front of a larger one (called a “transit”) or 1 celestial body disappears or partially disappears from view. At 1 point in human history, such extraordinary events were mysterious, terrifying, divine, and ominous. Today, even though we understand what is going on in an eclipse, it is a special, rare event. The notion of “syzygy” is not quite the same for our purposes here as, say, high spring tides and neap tides; that is, vast celestial events are affecting us right here at the water’s edge, all the time, and not just on rare occasions. However, it’s when we experience the rarer version more routinely, we can get alarmed. Let’s get to the actual comparisons, with regard to the world of naturopathic medical education.Sometimes I am comfortable with the notion that the universe is unfolding as it should. Sometimes, in that unfolding, along comes a naturopathic “syzygy.” If you are prone, like me, to using an extended metaphor or 2 to make a point about our world of naturopathic medical education, this particular one may well also have a mirror metaphor in tow. For just as a “syzygy” describes so well what happens when things align such that they cast shadows over what is familiar, so too its close relative, “the perfect storm,” could be on the horizon. But first, let’s do the etymology.

There are trends in higher education which influence us significantly, and which are not unlike celestial occultations with all the high drama which can ensue. The experience is that 1 unusual event, viewed from a particular location, can cast a very long shadow over our usual understanding and experience of things. For example, when Moody’s Investors Service appear on the horizon assigning a negative outlook to the entire US Higher Education sector (Martin, 2013, NY Times), including us, we just might gasp and think that the sun is going out, even if only temporarily. If the entire sector where the future of naturopathic professional formation lives is blotted out by some kind of syzygy of financial and demographic change, we may well have pause to worry. That worry on the part of Moody’s is big enough to include market conditions such as the following 6 factors aligning into 1 monster under the bed:

The Gainful Employment Act Is like a Near-Miss Asteroid

In this regard, Andrew Martin signalled dramatically in the New York Times back in 2013 how seriously such concerns are affecting the financial prospects of higher education (Martin, 2013, NY Times), calling attention to how all these factors have aligned into 1 perfect storm of factors incrementally slamming into the future of higher education in all its quadrants. As well, there is the sharp reminder of the Gainful Employment Act in America nipping at our heels too, like some kind of near-miss asteroid. Even though its regulations do not affect us directly, there are many in the naturopathic education market who add the adverb “yet” to that statement.

Let us focus on the last of these factors – the Gainful Employment Act – to gauge how seriously we have to take the disappearing moon or the disappearing sun. The Gainful Employment Act is now the law of the land. The Association of Private Sector Colleges and Universities (with which many of us are affiliated) was critical of this legislation, whose origins go back to 2009 when the alarm bells were going off about student debt load, defaults, and the ravages of a collapsing employment market. A 2012 lawsuit from the Association of Private Sector Colleges and Universities described the impending legislation as “arbitrary and capricious.” In response, by 2014 the Department of Education tidied up its gainful employment rules. What has survived and is now in effect as of July 2015 are the original disclosure elements, mandatory reporting by colleges for certain programs, and a less daunting but equally challenging debt-to-income framework requirement. Betsy Mayotte (US News & World Report, 2015) explains that these new rules pencil out only for non-degree programs and affect only students who actually graduate. However, more than a few of our financial officers in the naturopathic programs have the rollout of this new legislation on their radar, seeing it as another one of those celestial bodies aligning in our syzygy. The debt-to-income rule is especially worrying because we are all concerned about income and earning(s) potential for our graduates.

Even so, like eclipses of the past, when we did not understand the celestial mechanisms in play, we may be worrying more than we need to. Our programs in the United States are all degrees, and not certificates or diplomas, as, say, a Boucher in Vancouver, and as used to be the case, at CCNM in Toronto. Nevertheless, we worry about the collateral impacts of this deepening shadow. The rules say that the graduates of affected programs must have annual loan repayments of less than 8% of total earnings, or less than 20% of discretionary earnings. Even though the rules don’t affect degree programs, the worry is that the perfect storm of debt load, defaults, and wobbly employment opportunities could cause the regulators to migrate inevitably into the degree-world as well. Should they make that trip and orbit around us too, then programs whose grads don’t meet the standards in terms of the debt-to-income rule would risk not being eligible for federal student aid, initially for a minimum of 3 years. Ouch. Where the Gainful Employment Act slips through our gates is that non-degree and certificate programs, even in the non-profit and public sectors, are affected. The shadow of this part of the syzygy is in sight. NCNM, for example, got out its telescope and temporarily set aside plans for a half-dozen post-graduate certificates, pending a closer study of concomitant compliance strategies.

International and Digital Footprints All Around

Even as these financial shadows accumulate, we know that our stars and planets and moons will continue to hurl through the healthcare and higher education cosmos as they should and, at our peril, we can trust that the light will return. The key is not to have blinded ourselves staring at all these recent eclipses and other occultations so much and for so long that we miss what is peeking out from behind those shadowy phenomena. Emerging from these nerve-wracking and very big signals from our universe are new models of educational design and delivery which have moved from the on-ramp to the flow of traffic on the higher education freeway. Also in view because of all these new shadows is the growth in international students – a variable which has been steady and unrelenting all along, even though it took the shadows and dark corners of a syzygy for it to come into view. There is the rigor and sustainability of on-line education coming into view from the shadows, too, as a demonstrably growing segment of programs in hundreds of colleges and universities. Scott Miller, the always prescient president of Virginia Wesleyan College, recently looked through his trusty higher education futurescope and reports that such international and digital footprints in higher education trends go hand in hand with the latest travelers in our universe, the Millennials. (Miller, 2014 Huffington Post)

Circling back to our metaphors, then, the actual daily, spring, and neap tides may be about to get higher and deeper, just as the a kind of climate change occurring in our access to the healthcare marketplace, made more tangible and immediately evident by the unrelenting rollout of the Affordable Care Act, wash with more vigor and volume upon our shores. OK, so our experience of a naturopathic education syzygy may well not also be a perfect storm. It may be less an ominous blend of events, and more a harbinger of opportunity. That feels better. 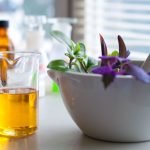 The New Federal Compounding Law: What We Know and What We Don’tPractice Building 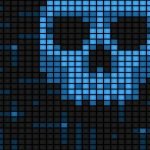 Is QuickTime on your practice’s computer? Time to uninstall.Practice Building