Is QuickTime on your practice’s computer? Time to uninstall.

Closing the Window to Hackers & Malware

On April 14, 2016, the US Department of Homeland Security issued an alert to users of the once popular, video-rendering program QuickTime, to uninstall the program from Windows based operating systems. The alert titled (TA16-105A), stated:

According to Trend Micro, Apple will no longer be providing security updates for QuickTime for Windows, leaving this software vulnerable to exploitation. ..

QuickTime was originally developed by Apple Inc in Aug of 2009 to support various digital medias, including videos, images and audio. With millions-upon-millions of downloads, QuickTime installations could be seen a majority of office and personal computers over the last few years.

The program will still be supported and patched on OS & iOS systems, but it has been stated that Apple will no longer provide updates for the software on for Windows users. This includes browser extensions for Chrome, Firefox and Internet Explorer.

The issue that arises comes from the threat of malware on your computer. Malware is defined as:

an umbrella term used to refer to a variety of forms of hostile or intrusive software, including computer viruses, worms, trojan horses, ransomware, spyware, adware, scareware, and other malicious programs. It can take the form of executable code, scripts, active content, and other software.

This puts your information, your patient’s health records, billing and much more at risk. If you find that you do have QuickTime for Windows installed, you can learn how to uninstall the program through directions issued by Apple.

As we move into the digital age, from paper to cloud-based medical records, billing and scheduling, it is important to understand the exposures your digital record keeping can incur. It is important to find trusted partners in electronic record keeping, with security protocols in place to mitigate the risk of a data breach with a solid team and procedures in place to handle such a breach. 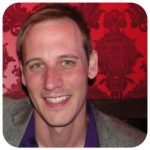 Matthew Knapp is the Director of Sales and Marketing for Naturopathic Doctor News & Review. He is also a founding team member and the digital architect of the consumer health site, NaturalPath. Since 2010, Matthew has worked behind the scenes to support a platform for naturopathic doctors to exchange knowledge, wisdom, and clinical pearls for the betterment of the profession. Through these platforms, physicians can connect with fellow peers, patients, and trusted business partners. 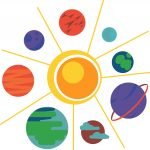 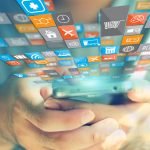