Bloomington, IN: (February 19, 2019) Currently, there is a bill headed toward the New Mexican
House. The bill, sponsored by NM Senator Gerald Ortiz y Pino, has gained a lot of recent
attention from its backing by the New Mexico Medical Society and the New Mexico Medical
Board. SB 135 seeks to join the growing number of states that allow licensure and regulation for
naturopathic doctors in their states. Right now, New Mexico is the only state in the four corners
area that does not license naturopathic doctors.

The bill has received a lot of press coverage through a recent event called “The Run”. Created
by Dr. Dennis Godby, a practicing naturopathic physician from Sacramento, The Run was
orchestrated to promote and bring awareness to naturopathic medicine. In order to qualify, each run
must be 50 miles or longer. In New Mexico, The Run took place from February 10-12 , beginning in
Albuquerque and ending on the State Capital steps in Santa Fe. It coincided with the Senate Judiciary
Committee’s review of SB 135, in which many naturopathic doctors spoke. The bill passed the
Judiciary Committee unanimously on February 11th, and passed the Senate floor unanimously on
February 18th.

Most naturopaths are highly trained. First, naturopaths obtain their undergraduate degree, which
consists of pre-med requirements, and pass the basic science board exam. Next, they study
Western treatments such as pharmacology alongside alternative treatments such as herbal
medicine and nutrition. Although naturopaths are not required to complete a residency, they
must pass exams at the end of their program, which takes three days to complete.
Although many naturopaths are well trained, New Mexican law currently does not allow them to
diagnose or treat patients. “If [naturopathic doctors] are able to be licensed, we can do all the
things we’ve been trained to do, such as lab work and perform physical exams,” explained Dr.
Juliette Sweet, president of the New Mexico Association of Naturopathic Physicians and a
naturopathic advisor for NuAxon Bioscience, “It’s a public safety issue as well- this bill would
allow New Mexicans to be able to differentiate between those who have gone through all that
training, and those who’ve maybe just completed an online course.” In addition, the bill would be
important “in rural communities because just access to healthcare in general can be very
challenging here”.

The SB 135 will soon be presented on the New Mexican Senate floor, and if it passes, will
proceed to the House. If you’d like to show support for this bill and you live in New Mexico, you
can complete this form, which asks your senator and state representative to support the bill.
You can also donate to the New Mexico Association of Naturopathic Physicians here. All money
donated goes towards marketing, lobbying efforts, and applications. 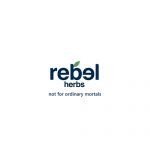 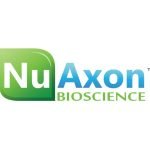