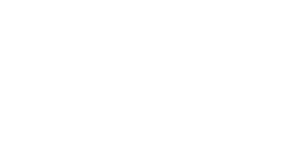 Topical BioMedics’ “Team Topricin” will be riding in support of The American Diabetes Association (ADA) at the 2015 Saratoga Spring Tour de Cure on Sunday, June 7, 2015. Hoping to raise $10,000 for the cause, the company invites others to join their team and is seeking sponsorship donations to Stop Diabetes® .

Rhinebeck, NY (PRWEB) April 23, 2015–Topical BioMedics’ “Team Topricin” will be riding in support of The American Diabetes Association (ADA) at the 2015 Saratoga Spring Tour de Cure. The company invites others to join their team and is seeking sponsorship donations to Stop Diabetes®.

To join Team Topricin or offer a donation, visit http://www.teamtopricin.com. Monies raised fund research for a cure, information and education to help prevent diabetes, advocacy for those affected by diabetes and public awareness activities. Tour de Cure is the American Diabetes Association’s signature fundraising cycling event that raises money to help change the future of diabetes and stop its devastating complications. With strong support from corporate and family teams across the country, this event raises over $26 million annually to find a cure for diabetes and support the ADA’s mission.

Tour de Cure participants register and recruit friends, co-workers, and associates to ride and raise money. The day of the event is a chance to ride and to celebrate the fundraising accomplishments of the team and individual participants as well as an opportunity to promote awareness about diabetes and the ADA.

Topical BioMedics first teamed up with the ADA’s Saratoga 2013 Tour de Cure as a “RED RIDER” Sponsor. A Red Rider is a participant that has Type 1 or Type 2 diabetes.

In 2014, Topical BioMedics increased its support by forming “Team Topricin” to ride during the event, which took place on June 1, 2014 in Saratoga Springs, NY. More than 2,500 riders participated, and the Saratoga event raised a total of $1,200,00 for the ADA. Team Topricin was proud to have contributed $7,500 in funds.

The 2015 Saratoga Springs Tour de Cure takes place Sunday, June 7th. This is the second year that Team Topricin is riding, increasing its goal to raising at least $10,000 for the cause.

The Saratoga riding course ranges from a leisurely 10 mile route to a challenging 100 mile ride, enabling riders of all levels and ages to participate, from occasional riders to experienced cyclists. Routes will feature rest stops with food to fuel the journey and volunteers to cheer riders on. For more information on the event visit http://main.diabetes.org/site/TR/TourdeCure/TourAdmin?pg=entry&fr_id=10193.

Nearly 26 million Americans suffer from diabetes, which is the seventh leading cause of death by disease in the United States. “We are honored to join forces with the American Diabetes Association in the fight to Stop Diabetes and help raise critical funds for diabetes research, education and advocacy,” says Lou Paradise, Topical BioMedics’ president and chief of research.

The company’s line of Topricin natural biomedicine formulas are safe for diabetics, and patented for the topical treatment of pain associated with neuropathy. “Unfortunately, many individuals with diabetes experience neuropathic pain, which can be extremely debilitating,” says Mr. Paradise. “Our Foot Therapy formula addresses peripheral neuropathic pain and neuroma, and is soothing and healing to the skin. Importantly, it also reduces the need/dependency for all classifications of oral pain medications, including opiates.”

ABOUT THE AMERICAN DIABETES ASSOCIATION:
The American Diabetes Association (ADA) is the nation’s leading nonprofit health organization whose mission is to prevent and cure diabetes and to improve the lives of all people affected by the disease.

Founded in 1940, the Association serves the community by funding research to prevent, cure and manage diabetes, providing credible information about the disease, giving voice to those denied their rights because of diabetes, and delivering services to people with diabetes, their families and health care professionals.

For more information on the American Diabetes Association visit http://www.diabetes.org.

ABOUT TOPICAL BIOMEDICS:
20 years in business and a Certified B Corporation, Topical BioMedics is a research and development leader in topical patented natural biomedicines for pain relief. The company’s flagship product, Topricin® Pain Relief and Healing Cream, was introduced in 1994 and is now a leading natural therapeutic brand. A combination biomedicine formula, Topricin has been awarded a patent for the treatment of pain associated with fibromyalgia and neuropathy, and was listed among the Top 100 Green Products of 2012 by Healthy Holistic Living.

The Topricin family of natural healing products also includes Topricin Foot Therapy Cream, specially formulated to treat painful foot and ankle issues and conditions, and Topricin for Children, which received the Parent Tested Parent Approved Seal of Approval (with 5% of sales donated to pediatric cancer foundations). Made in the U.S.A., all

Topricin products are federally-regulated over-the-counter medicines with no known side effects, no parabens, petroleum, or other harsh chemicals, no grease, and no odor.

For over 20 years, the company has assisted hundreds of thousands of people suffering with pain and those addicted to painkillers to achieve fully restored and robust healthy living. Unfortunately, millions of people continue to suffer in pain, with many experiencing the hazardous side effects of OTC chemical pain pills or negative effects of narcotic Rx painkillers—an epidemic that turns the lives of American families upside down and is undermining the very fabric of our country.

Topical BioMedics now offers TopTrack, a new app for on-the-go pain tracking and monitoring. TopTrack is available free of charge for iPad via the App Store, and will roll out on additional devices in the coming months. http://bit.ly/1rIQD89. 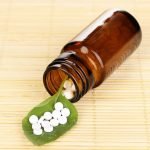