Immunotoxic Effects of PFCs: Implications for the COVID Vaccine?

Recent research shows that Perfluorinated Compounds (PFCs) impact the effectiveness of vaccines. Groundbreaking work done by Philippe Grandjean and his team from the Harvard School of Public Health, along with a team from Denmark, found that PFCs in the body were inversely correlated with immune titers in vaccinated children.1 If the association proves causal, it would suggest that PFCs directly impact developing human immune systems.

Exposure to PFCs (there are at least 8 different types) occurs through contact with objects and substances in daily life (eg, non-stick coatings, stain-guards, flame retardants), and PFCs can be easily passed from mother to fetus during gestation, and later through breastfeeding. Thus, newborn children already enter the world with a body burden of these highly persistent and reactive chemicals. The impacts of these chemicals on the immune system are gradually being elucidated by Grandjean’s team and others, and this important work raises questions about how such impacts relate to the current issue of SARS-CoV-2 vaccines. More on this later…

Perfluorinated compounds are a family of complex molecules that are widely used in all areas of commerce. For example, there is PFAS (perfluoroalkyl sulfonate) on the liners of microwave popcorn, as well as on the inside of humidifiers for children’s rooms. PFCs line canned foods and sometimes plastic containers to keep the food from sticking to the inside of the container. They are sprayed on clothing to keep it from wrinkling, and sprayed on carpets, sofas, chairs, and other fabrics to repel stains.

There are 3 distinct “families” of PFCs (listed below). But suffice it to say it is hard to keep track of them all, as it is easy to make new versions of a PFC simply by moving around 1 chemical bond.

PFCs have been used extensively to fight fires at airports and on military bases. While this use of PFCs only account for 10% of the total quantity of PFCs used in the United States,2 this particular use can push these chemicals into local surface and ground waters. Obviously, this has implications for aquatic life, as well as for those of us who have well water.

PFCs are both hydrophobic (water-repelling) and oleophobic (oil/fat-repelling), in general; it is its fluorine backbone that confers this and many other chemical properties.3 PFCs persist in bile, with as much as 95% being recirculated back into the body from the bowels.4 They also are stored in lean human tissue, including muscle, liver, and kidney.4 Much of the total body burden of PFCs remains in the blood, bound to plasma proteins.4

Eighty-four percent of all PFC chemicals made in the last 30+ years have gone into consumer goods: carpeting and furniture coverings (48%); paper and packaging (24%); and apparel (12%).5 Their use in non-stick cooking ware and the linings of food and beverage containers is not represented in these use categories, yet may be the source of most people’s exposure.

You may have heard a few years back that small birds, such as parakeets and canaries, whose cages were near the stovetop burners, were found to be dying from toxic fumes coming off non-stick cookware!6 Amazing, in a weird, tragic sort of way, as canaries were used in coal mines way back in the early 1900s to alert miners of a build-up of toxic gases. Sensitivity to these fumes is known as “polymer fume fever.”6

Most other types of chemicals, such as terpenes or alcohols, can be broken down by the human liver shortly after ingestion/absorption. The researchers in the study just mentioned found that PFOA’s half-life (the time it takes for half of the amount to leave the body) was 4 years. That means that if you have 10 units in your body, you will have 5 units after 4 years, then 2.5 units after 8 years, etc.

A team in Sweden conducted a study of how long it took PFOS and PFHxS (perfluorohexane sulfonate) to leave the body after drinking contaminated groundwater.7 One-third of the residents in Ronneby, Sweden, had been drinking PFOS-contaminated drinking water after the fire-fighting foam routinely used at the nearby airport leached into the soil and then to the well water. After the residents had gotten back on clean drinking water, investigators took blood samples from 106 residents, ages 4-84 years, over a period of 2 years. They determined the half-life of PFOS to be 3.4 years, and 5.3 years for PFHxS.7

Perfluoroalkyls, which are widely distributed within the body, show the highest concentrations in the kidneys, liver, and blood.4 In the blood, these compounds bind to proteins such as albumin, which has the effect of blocking the body’s ability to carry nutrients, minerals, hormones, and other beneficial compounds throughout the body. Oral and in-vitro studies indicate that perfluoroalkyls are not metabolized, meaning that the body is unable to make the substance less toxic. These chemicals are mainly eliminated in the urine, with smaller amounts eliminated in breast milk and feces; almost none is eliminated in breath and sweat.4 PFOS has been detected in amniotic fluid surrounding the fetus in the womb. Both human and animal studies have shown that perfluoroalkyls can transfer to the fetus in pregnancy as well as to nursing infants.4

PFCs are known from human and animal studies to adversely affect a wide array of immune functions such antibody production, including suppressing the production of B-cell-dependent immunoglobulin M (IgM), and increasing the risk of developing allergies.8 Research on the effects of prenatal exposure to PFCs in children up to 4 years of age revealed increased incidence of infectious diseases, including pneumonia, otitis media, respiratory syncytial virus infection, and varicella.9

In 2010, Dietert and DeWitt presented experimental evidence suggesting that early development of the adaptive immune system may be particularly vulnerable to environmental toxins.10 This led to research by Grandjean and his team on antibody development related to vaccine effectiveness.

In 2017, Grandjean et al published work on this topic, which was begun 10 years prior. They enrolled a cohort of 490 children born on the Faroe Islands between 2007 and 2009; 349 of them completed the study.1 Their primary exposure to PFAS occurs through seafood, as their drinking water is uncontaminated. Serum PFAS concentrations were taken from the mother 2 weeks after the expected date of delivery, then from the young child at 18 months and 5 years of age. Children in this region are vaccinated against tetanus and diphtheria at 3 months, 5 months, and 12 months of age; they also receive a booster at age 5. The team also measured PolyChlorinated Biphenyl (PCB) exposures, as these substances can also be immunotoxic, thus a confounder in the study data. The most prevalent compound was PFOS, at a concentration of 4.7 ng/mL at age 5. The vaccine antibody concentrations decreased between age 18 months and 5 years (prior to the pre-booster). By the age of 5, 152 (44%) children and 126 (36%) children showed antibody concentrations below the protective levels of 0.1 IU/mL for diphtheria and tetanus, respectively.1

A subsequent study by the same team of investigators found that PFOA concentrations in 13-year-old Faroese children, and PFDA concentrations in the 7-year-olds, were associated with lower diphtheria antibody levels in response to vaccination.11 Each doubling of exposure correlated with an approximate 25% decrease in antibodies.

In Grandjean’s study, both PFOS and PFOA showed clear inverse associations between prenatal exposures and antibody levels following vaccination (the higher the PFC concentration, the lower the antibody titers). These associations did not appear to be affected by developmental PCB exposure or by adjusting for cesarean birth.

The most notable finding here is that an insufficient vaccine response appears to increase the risk of infectious diseases overall, including the disease to which a vaccine is designed to protect against.

For example, a 2013 study showed that the incidence of both common colds and gastroenteritis in 3-year-olds, as well as suppressed levels of anti-rubella antibodies, related directly to higher maternal serum PFOA concentrations during pregnancy.12 Another study showed that the prevalence of fever in small children was directly associated with the mother’s serum PFC concentrations in early pregnancy.11,13

No one has yet conducted a study on how PFCs specifically affect immunity in adults. However, experiments on adult mice have shown that PFOS exposure can significantly decrease lymphocytic cells numbers and proliferation of new lymphocytes, and depress natural killer cell activity.14

First of all, avoidance is the best tactic here. Have your patients replace all their non-stick pots and pans, purchase a toaster oven without a non-stick coating, avoid using microwaveable popcorn in bags, and avoid stain-guarded fabrics and clothing.  Current best practices for PFC removal include: therapeutic phlebotomy, bile-binding resins, plasmapheresis, and, to a much smaller degree, sweating.15

Soon there will be a vaccine for the SARS-CoV-2 virus. While newborns and young children constitute one of the lowest risk groups for COVID-19, we sincerely hope that the impact of serum PFCs on the response to that new vaccine in this young population will be minimal to nil. Unfortunately, we still do not know the levels of PFCs in most of the population.

Mitch Kennedy, ND is a nationally board-certified naturopathic physician and practiced environmental medicine in Connecticut for 10 years. Dr. Kennedy was a clinical instructor to the UCONN School of Medicine, University of Bridgeport School of Naturopathic Medicine, and SCNM. Before becoming a doctor, Mitch ran his own environmental consulting firm for 15 years, using his LEED-“Green Building” credentials to help people build homes, offices, and factories in a non-toxic and energy-efficient way. Dr. Kennedy has authored an upcoming book titled Detox for Everyone. To sign up to be part of the book’s Launch Team and to receive a free copy, visit: https://healwithnature.com/books/. 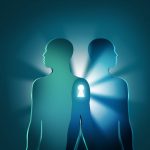