Autoimmunity and the Role of Women’s Hormones 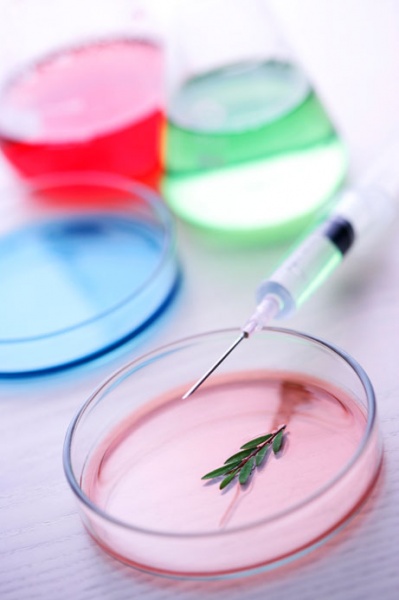 The topic of autoimmunity is vast and complicated. Clinicians working with a female demographic have undoubtedly encountered many conditions related to autoimmunity and have perhaps questioned female-specific variables that affect the incidence of these disorders. Autoimmune diseases are the third most common category of disease; they affect approximately 8% of the population, and an important theme is that 75% of autoimmune disease occurs in women (see Table 1; Merrill et al., 1999). What could account for this high prevalence of autoimmune disorders in women? One has to consider the influence of hormones on a woman’s risk for developing an autoimmune condition.

As we know, autoimmune disease is characterized by the immune system inappropriately recognizing “self,” which leads to a pathologic humoral and/or cell-mediated immune reaction. The body cannot distinguish the difference between self and a foreign invader, and the result is an immune attack that destroys normal tissue (see Table 2).

An autoimmune disorder may result in:

A person may have more than one autoimmune disorder concurrently.

What causes the immune system to be unable to distinguish between healthy body tissues and antigens is unknown. Some specific theories about the conditions under which autoimmune conditions develop are:

2)     Molecular mimicry: B and T cell receptors recognize antigens or cells that are similar rather than cells that are identical. If a receptor is activated in the normal way by an invader and if at the same time the receptor is stimulated by one’s own cells, the immune system may react to both because they have a superficial resemblance. For this reason, it is not uncommon for the onset of autoimmune disorders to occur after a bacterial or viral infection; while the infection is a trigger, other conditions must be present for a malfunction of the immune system to occur.

4)     Gender differences: There is a greater chance for a woman’s immune system to be confused and over-respond to an immune stimulus than for a man’s.

According to one source, the prevalence of autoimmune diseases in women may be the consequence of a two-way relationship between hormones and the immune system. This striking difference in prevalence may reflect physiologic and endocrinologic factors specific to women (Merrill, 1999). The basic immune response between men and women has been known to differ, with women often producing a more vigorous immune response and increased antibody production (Whitacre, 2001). However, the sex hormones estrogen, progesterone and testosterone may be the big factors in the sex-biased differences in the hormonal response. Estrogens and testosterone can influence whether a Th1 or Th2 immune response develops by interacting with hormone receptors on immune cell surfaces (DaSilva, 1995). T helper cells direct their activity through secretion of protein molecules or cytokines. Th1 cells promote defense for bacterial or viral attack, while Th2 cells organize defenses against parasites and mucosal infections.

While the evidence exists that hormones and immunity are linked, there are still questions about why hormonal fluctuations increase the tendency for the immune system to inappropriately recognize self as non-self. Why is it common for a woman to be diagnosed with an autoimmune disease during periods of great hormonal changes (i.e., puberty, post-partum, during the peri-menopausal and menopausal years)?

Research is lacking to define precisely the mechanism of this relationship. The effects of a particular hormone may be mediated directly by the hormone or indirectly through effects on other systems such as the HPA axis. Thus, sex hormones can exert their positive or negative feedback on gonadotropin-releasing hormone (GnRH) from the hypothalamus and luteinizing hormone (LH) and follicle-stimulating hormone (FSH) from the anterior pituitary depending on the levels of these hormones in the blood. The hypothalamic and anterior pituitary hormones affect immune responses directly (Whitacre, 1999). Thus, this bidirectional regulation of the immune response exists – there are sex hormone receptors on the surfaces of immune cells, and cytokine receptors (IL-1R, IL-18R) have been discovered on hormone-producing tissues. Additionally, proinflammatory cytokines (TNF-alpha and IL-1B) stimulate the release of glucocorticoids from the HPA axis, which regulates the inflammatory process (Bijlsma, 1999).

The role of estrogens in the development of autoimmune disease does not by itself adequately explain other instances of what appears to be hormonally-mediated disease occurrence. For example, there is a well-described tendency for younger women to experience an improvement of their symptoms during pregnancy (Merrill, 1999), suggesting an ameliorating effect of estrogens. In another study of 152 women ages 18-39 diagnosed with Graves’ Disease (GD), it was found that 45% were diagnosed with GD in the postpartum period (lower estrogen) and 55% had onset of the disease in subsequent years. Additionally, the risk of developing GD post pregnancy was greatest in the older patients (35-39 years old; Rochester, 2005). Further, hormonal fluctuations can both aggravate and improve different autoimmune conditions. For example, certain estrogens may ameliorate the rheumatoid arthritis-like Th1 response and yet may exacerbate the lupus-like Th2 response (Merrill, 1999).

Effect of Menstrual Cycle on Autoimmunity

In healthy women, there have been contradictory results in studies of immune function during the menstrual cycle. Some authors have reported that immune cell responsiveness was low during the midpoint of the cycle and increased during menses (Whitacre, 2001).

There is evidence that suggests that the autonomic balance shifts towards the sympathetic system during the second half of the menstrual cycle. This shift can be seen as a necessary evolutionary modification to address the immunologic and physiologic demands for successful implantation and gestation. Through direct modulation of the lymphoid system and activation of the cortisol pathway, sympathetic bias promotes a shift to relative T helper (Th)-2-biased immunity. (Lee, 2004). Thus, it is thought that shifts in this autonomic balance contribute to fluctuations in diseases by modulating the immune system.

Different autoimmune conditions respond differently to these menstrual variations. For example, an association between multiple sclerosis (MS) and the menstrual cycle was examined in three studies, and in all studies there was an aggravation of symptoms of MS just before menses. Similarly, in rheumatoid arthritis (RA) and systemic lupus erythematosus (SLE), clinical signs were aggravated before menses in the post-ovulatory phase (Whitacre, 1999).

Effect of Pregnancy on Autoimmune Disease

When tested, maternal peripheral blood has shown the presence of fetal cells, and maternal cells in fetal circulation; thus, maternal recognition of the fetus has been demonstrated immunologically. Therefore, the concept that there is no trans-placental exchange of blood is now disproven, and there is increasing evidence that the maternal immune system is immunologically aware of the developing fetus. An increase in Th2 and a shift away from Th1 cells during pregnancy typically occurs.

In vitro studies of cytokine secretion by antigen-specific T cell lines and clones suggest that pregnancy-related hormone concentrations of estrogens, progesterone and glucocorticoids may promote an anti-inflammatory setting (Whitacre, 1999). Researchers in 2003, using human subjects, showed that hormone fluctuations were observed and the pregnancy-related estradiol concentrations enhanced the production of IL-10, and reduced IL-12 and IFN-gamma in whole blood cells. Because of the known IL-10 inhibitory actions on Th1 cells, on monocytes and on macrophages, these high IL-10 levels keep Th2 cytokines favored during pregnancy, which may be useful in shifting Th1-mediated autoimmune diseases towards the less pathogenic Th2 pathway (Matalka, 2003).

Stress, generally regarded as immunosuppressive, indicates that acute, subacute or chronic stress might suppress cellular immunity but boost humoral immunity (Calcagni and Elenkov, 2006). This is caused by a differential effect of stress hormones (e.g., glucocorticoids and catecholamines) on Th1/Th2 cells and Type1/Type 2 cytokine production. Additionally, acute stress might induce pro-inflammatory activities in certain tissues through neural activation of the peripheral corticotropin-releasing hormone-mast cell-histamine axis (Calcagni and Elenkov, 2006). Thus, stress may be the factor that tips the scales in a woman’s body during a time when her hormones influence immune cells. This could potentially cause confusing signals about which cells are foreign and which are self.

The interdependence of hormonal and immune function explains the changes in hormonal equilibrium found in patients with autoimmune diseases. The cyclic alterations of hormone-immune relationships in women could explain the female preponderance of the disease on the basis of opportunities for disequilibrium. However, it is difficult to discern whether the hormonal fluctuation is the initiating cause of autoimmune diseases or the perpetuating consequence of the underlying disease process. Ultimately, autoimmune diseases lie in the net balance of various hormones and other immune-modulating factors in individual patients. Based on this information, it would appear that the judicious use of immune-modulating hormones has some potential in the treatment of autoimmune diseases. 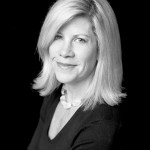 Mary F. Shackelton, MPH, ND practices family medicine with an emphasis on children’s and women’s health. Within the children’s health specialty she successfully treats most common childhood ailments, including ear infections, immune dysfunction, allergies, eczema, asthma, behavioral disorders and other chronic illnesses. Within the women’s health specialty she treats all female-related conditions, including menopause, PMS, osteoporosis, vaginal infections, fibrocystic breast disease, abnormal pap smears, endometriosis, ovarian cysts, breast cancer and more. Dr. Shackelton also treats professional athletes who wish to improve performance, speed recovery and boost training. Dr. Shackelton graduated from SCNM and has done post-graduate training at the Institute of Women’s Health and Integrative Medicine in Portland. She also was the ND on staff for the first disabled ascent of Mt. Everest in 1998. Dr. Shackelton was the creator and medical director of Insulite Laboratories, a supplement company dedicated to reversing disorders related to insulin, from 2001-2007.

Lee, PY et al: Menstrual variation of autonomic balance may be a factor in exacerbations of certain diseases during the menstrual cycle, Med Hypotheses 63(1);163-7, 2004.

Matalka KZ: The effect of estradiol, but not progesterone, on the production of cytokines in stimulated whole blood, is concentration-dependent, Neuro Endocrinol Lett 24(3-4);185-91, 2003.

Table 1. Incidence of Autoimmune Diseases in Women vs. Men 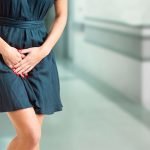