Social Connection: A Missing Piece of Your Treatment Plan?

A patient, whom I’ll call Ashley, was a pleasant, friendly 31-year-old mother of 2 when she first consulted me in 2019 for migrating joint pains. A previous provider had told her it was “probably fibromyalgia.” Not being satisfied with what sounded like an off-the-cuff diagnosis, we began by taking a deep dive into her full history.

It was soon apparent that there was more to her past than “probably fibromyalgia.” The symptoms of pain and tenderness were interwoven with a history that included trauma, separation, grief, and abandonment. Her current emotional state was one of feeling isolated and trapped. She had moved to the area several years prior, away from her entire social support network. Her current relationships were limited to mothering her 2 children and being married to a man she felt betrayed by, in a stressful, dysfunctional relationship.

If you ask 10 people, “What is loneliness?” you will likely get 10 different answers. In research, that response is commonly along the lines of, “a negative and unpleasant emotional state that is the result of dissatisfaction with the quantity and quality of social resource.”2

When researchers attempt to quantify loneliness, they may use a tool such as the De Jong Gierveld 6-Item Scale for Emotional and Social Loneliness. But this is just a research tool. There is no key number of fulfilling social engagements (eg, having a significant other, or a certain number of friends or outings per week) that definitively determines whether someone is lonely or not. A person could be a recluse or the life of the party; ultimately, though, loneliness boils down to a person desiring more social interaction than he or she is currently experiencing.

We are a social species, and thus turn to each other for comfort. When that connection is missing, it is perceived neurologically as a lack of safety, a threat. This creates a hyperviligance in the nervous system, which can be associated with hypertension, elevated cortisol, and elevated inflammatory markers, such as suppressed natural killer (NK) cell activity and elevated antibody titers.3

Pain is closely linked with loneliness. Canaipa et al wrote the following in their 2016 article, “Feeling Hurt: Pain sensitivity is correlated with and modulated by social distress”4:

Social distress, resulting from loss or threat to social relationships, shares similar psychological and neuronal processes with physical pain … [One’s] unpleasantness threshold is related to their responsiveness to social distress and that physical pain may be modulated by social events.” (Canaipa, 2014)

When people experience pain, they can then experience more isolation. Patients with chronic pain are at risk for this snowballing effect of pain and loneliness.

Loneliness is an independent risk factor for chronic back pain.5 A 2018 study of 1563 adults found that being in pain was associated with a 58% increased risk of loneliness over 4 years.6 Pain is also a risk factor for loneliness7 – it is a 2-way street. We can even see this on a day-to-day basis: Patients with fibromyalgia report increased pain severity on the same days they report feelings of loneliness.8

In recent years the United Kingdom has faced this head-on with the creation of a Loneliness Minister and the “Campaign to End Loneliness.”9 Their research found the following:

By viewing loneliness as a public health issue, it can be better screened and addressed. Some liken this to society’s treatment of mental health, which has been historically underrepresented, stigmatized, and undertreated.

Along with tracking patients’ blood pressure, heart rate, respirations, and temperature, many primary care physicians also routinely ask about alcohol intake and symptoms of depression. But how many doctors routinely ask their patients about loneliness?

It is important yet often never asked. According to the UK research referenced above, most people are uncomfortable discussing their loneliness, so will usually not volunteer this information unless asked. As the doctor, you may not be comfortable asking because you don’t know what to do with the information. If that is the case, take a page from the United Kingdom’s approach, and “prescribe company.” While their campaign arranges for volunteers to visit lonely residents, I think we can achieve a similar goal with a little bit of creativity.

Just like every other aspect of our treatment approach, a recommendation of social connection must be individualized to each patient. Not everyone will benefit from (or want) more friends, more outings, or a puppy. It starts with a conversation about the ways in which they are lonely, learning each patient’s background, and then making respectful and useful recommendations. When possible, I like to combine a “social prescription” with another aspect of my treatment plan, such as a group fitness class for a patient who is trying to get more active.

CrossFit, a rockclimbing gym, or a whitewater rafting group can all be amazing sources of social connection. However, since I’m often discussing this issue with older adults or individuals coming out of periods of inactivity, we usually start with smaller steps into an active life.

Back to the Patient

My initial discussion with Ashley did not include my usual recommendations of vitamins, herbs, and the ordering of lab tests. For the most part, we just talked. It was obvious to both of us that she was suffering from a lack of social support network. At the end of our first visit, she left with ideas for rekindling lost relationships remotely, as well as the recommendation to look into local groups that interested her. After discussing her interests, we thought a “moms of toddlers”-type group might be a good fit; but it was up to her to decide and try them out.

Though we planned to follow up in a few weeks, I lost contact with her for a few months and feared the worst. Did she think I was too pushy and nosy? Was she disappointed that I didn’t just recommend an adrenal supplement? I was surprised when she showed up on my schedule nearly 3 months after our first visit.

During this second visit with Ashley, it was like meeting an entirely new person; her whole demeanor was different. She had been friendly before, but now she was exuberant. She had a new air of vibrancy and positivity. She overflowed with happy news, which included finding a stroller-walking group with other moms. She was connecting and getting out walking, and her pain was at an all-time low.

With her new-found support network, she felt she was in a good place to start marriage counseling in order to figure out whether she wanted to stay married. When she had brought up her marriage difficulties on the first visit, she had been fearful of what her spouse would do or think, and he had expressed no regard for her own feelings and wishes.

Our subsequent work revolved around other naturopathic foundations, focusing on energy, sleep, and thyroid function. What Ashley needed first, and what so many patients need, was a secure social network. With that as the foundation, we could then work on building up her health in a truly comprehensive way.

This topic of the importance of social connection was unforeseeably timely when I originally wrote this article back in February of this year. The Covid-19 pandemic was in full swing by then and social distancing guidelines were gradually, then quickly, instituted in most states. In the months since, we have seen social isolation across all aspects of our society, including shifts from the workplace to working from home, cancellation of group and public events, and inability of friends and family to meet in person for weeks, or even months, at a time. Seniors in many long-term care facilities have been confined to their bedrooms and barred visitors, and young people whose schools have closed down have been denied crucial contacts with their peers. For many, living through this pandemic has created new and worsening mental health challenges associated with these potentially isolating changes. In times past, we may have attributed “suffering from loneliness” only to those who are house-bound due to advanced age or poor health. Our current events have shown us that no one is immune to the real psychosocial effects of loneliness induced by social separation.

Obviously, the social distancing recommendations arising from the pandemic have placed inherent limits on some traditional group activities. However, the creativity of individuals forced to self-isolate during this time has also opened the door to innumerable ways to still socially connect without being shoulder to shoulder. Hopefully these additional methods of connecting will remain long after social restrictions have finally been lifted. In the meantime, however, our support is needed more than ever.

Angela Cortal, ND, is a 2012 alumna of NUNM and is in private practice in Portland and Salem, OR. Dr Cortal focuses on chronic pain and uses social prescriptions along with exercise, nutrition, addressing hormonal dysfunction, and Regenerative Injection Therapies to treat her patients. In addition, she also speaks at naturopathic and other physician conferences and teaches comprehensive courses on prolotherapy and other injection therapy techniques. In her spare time, you can find her mushroom hunting in the forest, traveling the globe, or tending her rural acreage. More details can be found at www.drcortal.com. 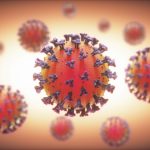 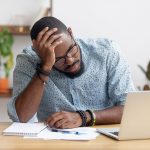