Dr. Devi Nambudripad, MD, DO, LAc, created a system of allergy treatment using acupressure after discovering that her own allergies disappeared when acupuncture was used in conjunction with allergen exposure. NAET—Nambudripad’s Allergy Elimination Technique—is the result of over 25 years of allergy treatment between Dr. Devi, hundreds of NAET practitioners and their patients around the world.

NAET involves two activities: 1) muscle testing for allergies/weakness and 2) treating allergies with acupressure combined with allergen exposure. Accupressure is applied to the huito jiaji points and the gate points.

An “allergy” in this sense is used to mean weakness when exposed to an allergen. I will not get into the discussion of allergy vs. intolerance as it makes little difference to the patient.

Typically, computer generated glass vials of foods, environmental allergens and human tissues are used for testing and treatment. A patient can bring in a food or a sample of pollen from their yard to be tested on in addition to testing with the vials. This allows for a greater number of items to be tested which are not typically available on a blood or skin scratch food or environmental allergy test. Items we have tested include car exhaust, different brands of baking soda, toothpaste, dental or breast implant materials, vitamins, minerals, and nervous system tissues.

I do not purport that NAET is the only or sole means by which to treat a health problem. However, I do want to highlight the power of NAET and the benefit it can be to doctors for both diagnosis and patient outcome.

68 yo male, “Nick”, diagnosed with blepharospasm came in just for allergy detection and treatment. (Actually he was dragged in by his wife which is how most of my male patients make it into the office). His wife had had excellent results with treatment of her hayfever, so she wanted to know if allergies could have any bearing on her husband’s blepharospasm.

Blepharospasm is an uncontrollable muscle spasm which results in twitching and closing of the eyelid. The cause of blepharospasm is unknown but researchers purport that possibly damage to the basal ganglia may play a role. Bo-tox is used palliatively to temporarily paralyze the overactive muscles. Otherwise patients are advised to attend a support group as prolonged closing of the eyes may render them functionally blind and disabled.

Nick had tried acupuncture and botox. The first botox treatment helped immensely but subsequent treatments did not have the same degree of effect. Acupuncture had helped the condition a great deal. However, at the time he came into my office, Nick’s eyes were mostly drooping half shut and would close all the way several times a day for less than a minute. He was in the habit of wearing a baseball cap backwards for traction to pull his forehead up, helping his eyelids stay open up a bit more. In addition, one eye would off-track, moving medially.

Since he was only here for muscle testing, we did not discuss other treatment options. I tested for weaknesses to nervous system tissues including brain lobes, myelin, and nerves. He was only sensitive to the oculomotor nerve. Then I tested for sensitivities to food and environmentals. He was only sensitive to latex, banana, and fluorescent lights. He reported that he ate bananas daily. (I began the testing with latex as I have found this to be a common allergen for people with nervous system problems such as tics and migraines. Since banana cross reacts with latex, that was tested next. Fluorescent light was tested because he said it bothered him.) All top 10 food groups, vitamins and minerals were clear of reaction. Other items that had bothered him such as newspaper ink and chlorine did not show as allergies.

The first NAET treatment was for the Oculomotor nerve. Right after the treatment, his eyes were clearly open more. Second treatment 2 days later was for latex. In the meantime he avoided bananas. When he came in for the third treatment, bananas, a week later, he reported that many people had commented on how well rested he looked and those who knew of his malady commented on dramatic improvement. His baseball cap was on bill forward that day. He continued to do well and looked normal from then on.

In addition to treating this man successfully for a supposedly untreatable condition, I was also able to correctly diagnose him. He may have had blepharospasm originally, but I think he was suffering from occulomotor nerve palsy. Although both conditions close the eye, one is caused by a muscular contraction and the other is caused by muscular relaxation due to lack of nerve conduction. It is unclear whether he had oculomotor nerve palsy from the beginning or whether the botox caused it. His wife mentioned that his symptoms in the beginning were a bit different than the symptoms he had recently been suffering from.

48yo male, with environmental allergies. He had hayfever and asthma due to grass and animal dander among other things. His wife is a veterinary assistant and cannot live without pets, so he was sent in by her for treatment. He had many sensitivities but we treated the animal allergy first. Then we treated grass. After a month he came back to get the other allergies (dust and mold) treated. He said that the animal and grass treatments had worked so well that he was no longer using his inhaler or taking allergy medication. He stated that it was a completely different life being able to enjoy the outdoors during the summer. He still had some sinus congestion which was worse indoors. He was not sure if his house contained mold as it was a rental and they were currently house hunting.

I group these two boys together because they were the same age, had the same allergy and came in during the same month. Both boys were 8 week old infants who were breastfed. One had failure to thrive and the other was obese.

The boy with failure to thrive, Jackson, had been prescribed a feeding tube but the parents were reluctant to do this and brought him to me as a last resort. They had already started giving him a supplemental homemade goat milk formula in case mom wasn’t producing enough milk. He had improved a bit on the formula in terms of colic, and had stopped losing weight. However he had not put on weight. They feared CPS would force the feeding tube if he didn’t gain weight before his next appointment. He also had eczema.

Judah, the other boy, was more than just a roly poly chubby baby—he was obese. His mom complained that all he did was nurse day and night. He could not be distracted or put off. Otherwise he was a healthy baby.

Both babies were weak to glucose on muscle testing. Jackson was also sensitive to several vitamins and minerals as well as cow milk and some spices. Both got an NAET treatment for glucose and parents were instructed to bring them in after one week.

After one week, Jackson’s mom reported that he had gained a pound! In addition, he was sleeping better and was not as fussy as before. He then received more NAET treatments for his other allergies. Because he had gained weight, the feeding tube was not placed and Jackson did not have to spend any time in the hospital. As we treated his other food allergies, his eczema cleared up. At six months old, people that knew him commented that he looked so healthy it was hard to believe that that was the baby his church had been praying for four months earlier.

Judah came back two weeks later. Mom was happy. She reported that he had immediately cut his feedings in half by himself. He looked like a normal chubby baby to me at his second visit. In addition, he was making more eye contact and smiling. He did not have any other sensitivities to treat.

In my opinion, both of these babies could have been at risk for developing diabetes. I think that the NAET treatments averted this danger.

32 yo female presented to the clinic for fatigue. She had a long history of iron deficiency anemia but even after months of iron supplementation, her ferritin only rose from a 2 to an 11. She came to me right after the last iron test, desperate to get another treatment. She was sensitive to the iron vial on muscle testing, as is everyone else with chronic intractable iron deficiency. Three weeks later, her MD ran another iron test. Her ferritin had risen to 33! So after months of iron supplementation, her iron tripled in three weeks after an NAET treatment for iron.

Cases of tics: I have treated several cases of tics in young boys. Every one was sensitive to the myelin vial. This makes me suspect that tics might be an autoimmune attack of the myelin sheath of nerves. Most of these boys also had sensitivities to latex. Some also had sensitivity to grass. Treating these items with NAET completely eliminated the tics. One boy still gets a mild tic about once or twice a year and comes in for a treatment. He will show up sensitive to either to a food allergy or to an environmental one. Last time he was clear to everything except MSG. Since glutamate is an excitatory neurotransmitter stimulator, I also prescribed GABA which counteracts glutamate hyperexcitability. The GABA seems to help. In addition, I eventually tested him for MTHFR mutation and he had two mutations. He is on active folate daily. Even though his tics come back once in awhile, warranting a $45 NAET visit once or twice a year, this is much preferable to being on an anti-seizure medication indefinitely, which was the only option given to him by the pediatric neurologist.

As for scientific validation of NAET, much of the research that is being done currently is in the form of case studies. Since NAET is such an individualized treatment, and since there is really no way to apply a placebo or have a double blind treatment, it does not lend itself well to “scientific” studies. For me, the proof is in the patient outcomes.

In addition, just learning muscle testing becomes a huge benefit to the practitioner and to patients. It is more tolerable than getting stuck with a needle for blood allergy tests or scratched on the skin for IgE allergy tests. More items can be tested. You get immediate results. Also, it can help determine what other tests to run. For instance I test with lyme and Epstein Barr vials when deciding which expensive tests are necessary. For MTHFR, I send people in for testing who come up sensitive to folic acid and the RNA vials. Every single one has been positive for MTHFR mutation. By the way every single fibromyalgia patient has tested weak to the RNA vial and has at least one MTHFR mutation and usually two. The only negative MTHFR test results I’ve ever had were in people who came in wanting the MTHFR test even though I told them they likely did not have it.

In conclusion, naturopathic treatments are based on protocols rather than a single drug or therapy. NAET is a useful tool to add to a naturopathic physicians repertoire in order to get better results, especially for neurological issues. In addition, muscle testing learned with NAET can direct testing and treatment in difficult cases. 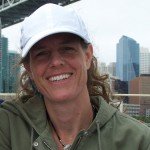 Sheryl Wagner, ND graduated from the National College of Natural Medicine in 2007. She now practices in Vancouver, Washington and Longview, Washington. She specializes in allergy treatment and chronic diseases involv-ing the immune system. She also hosts a blog for watching and determining the homeopathic genus of current flu bugs at www.flucast-er.com. 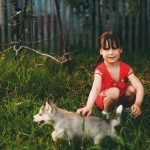 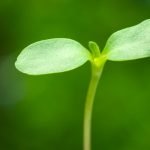