Autoimmune conditions have risen dramatically over the last 25 years. In the United States, there are an estimated 23 million people with over 100 different kinds of autoimmune diseases.1,2 Autoimmune disorders have a multitude of causes, affecting a host of different organs in the body. As naturopathic physicians, we offer a unique set of skills and modalities to treat autoimmune conditions, and we address areas of health that pharmaceuticals cannot. An important consideration, when assessing and treating a patient’s autoimmune disease naturopathically, is the patient’s mitochondrial function.

Tregs contain widespread inflammation by redirecting antigen-presenting cell maturation and function, destroying target cells, altering metabolic pathways, and producing anti-inflammatory cytokines.6 Ample research has shown an association between dysfunctional Treg cell function and autoimmune responses.7 Treg cells are paramount in the induction of self-tolerance, the very process that becomes dysfunctional in autoimmunity. As we’ll soon see, our mitochondria play a vital role in the function of Treg cells and the progression of autoimmune diseases.

Role of Mitochondria in Autoimmunity

Mitochondria are traditionally thought of as the power houses of the cell. Believed to be a result of bacteria merging with proto-eukaryotic cells sometime within our evolution as humans, mitochondria have a profound effect on our health.8 They are small organelles within the cell and are responsible for cellular respiration and energy production. Recent research also highlights the mitochondria’s vital role in the immune system.9 Once immune cells are activated, mitochondria become essential for their function in the body.

Our innate immune cells distinguish microbe-specific structures or microbial molecules like pathogen-associated molecular patterns (PAMPs), such as lipopolysaccharide (LPS) or flagellin (the main protein constituent of bacterial flagella).10 They also recognize cell-derived molecules from our own damaged cells, such as damage-associated molecular patterns (DAMPS).9 One of our DAMPs is mitochondrial DNA that is released in response to damage. Our innate immune cells have specific receptors called pattern recognition receptors (PRRs) – toll-like receptors being 1 example – to detect PAMPs and DAMPs.9

During an infection or trauma, mitochondria release DAMPs that resemble structures of bacteria-derived PAMPs.9 Mitochondrial DNA with hypomethylated CpG motifs and cardiolipin are 2 examples of mitochondrial DAMPs. These DAMPs released from the mitochondrion signal the immune system to ramp up the inflammatory response to infection.9 One way they do this is by increasing the reaction of antigen-specific T-cells during infection.11 Mitochondrial metabolites are essential for the activation of this adaptive immune T-cell response during infection; however, when those mitochondrial DAMPs persist, or emerge from other triggers such as toxins and stress, it does not bode well for the progression or severity of autoimmune disease.

Recent research has revealed consistent metabolic alterations of Treg cells during autoimmunity. Increased mitochondrial oxidative stress and a robust DNA damage response (DDR) associated with cell death occur in Tregs in individuals with autoimmunity.12 The DDR is a complex system that recognizes and repairs DNA damage, while responding to immune threats, by acting together to increase cellular defense. Autoimmunity modifies this DDR system with an atypical immune response to self-antigens, increased production of autoantibodies, and oxidative stress with multiple-tissue injury.12

This recent research has profound implications for the naturopathic treatment of autoimmune conditions. If autoimmune reactions are dictated by the efficacy of Treg cells, which is critically impacted by mitochondrial health, then addressing the inflammatory status of the body to mitigate mitochondrial damage and DAMPs should favorably impact Treg cell function and prove to be an important piece in the treatment of autoimmunity.

L-carnitine is critical for the transport of fatty acids into the matrix of the mitochondria, thus supports mitochondrial oxidative phosphorylation.18 NADH acts as a cellular redox cofactor in more than 200 cellular redox reactions and also serves as a substrate for multiple enzymes. NADH precursors as well as oral, stabilized NADH have been used therapeutically in chronic fatigue and various neurological disorders.18 Coenzyme Q10 (CoQ10) is a critical cofactor in the mitochondrial electron transport chain (ETC). While CoQ10 is a potent antioxidant in its reduced form and can influencing gene expression in metabolism, cell signaling, and transport, its primary role lies in the transfer of electrons in the ETC.18 Research has found all 3 of these compounds to be helpful in the treatment of mitochondrial function.17-22

The use of mitochondrial membrane phospholipids (eg, phosphatidylcholine) to remove damaged (mainly oxidized) membrane lipids in mitochondria and other cellular organelles has proved to be very effective at increasing mitochondrial function and reducing fatigue.23 Antioxidants such as ascorbic acid, vitamin E, and lipoic acid, as well riboflavin, thiamin, niacin, and vitamin K have also been shown to be helpful in the treatment of mitochondrial function.17–19,21,22 Antioxidant supplements can reduce levels of ROS and reactive nitrogen species and prevent some oxidative damage of mitochondrial membrane phospholipids17-19,21-23; however, antioxidants alone cannot repair the damage already done to cells, making combination supplements a promising option.23

As the rates of autoimmunity continue to rise, it is important for us as naturopathic physicians to address the root causes of autoimmune disease. The research clearly indicates the need for more examination into taking a multipronged approach to autoimmunity that encompasses mitochondrial support as well as overall inflammatory support.

Catherine Clinton, ND, is a licensed naturopathic physician with a focus on gut health, autoimmunity, and psychoneuroimmunology. Author, speaker, and pediatric health advocate, Dr Clinton practices in Eugene, OR. While in medical school, Catherine was diagnosed with and healed from an autoimmune disease affecting the GI tract, leaving her with a passion for preventing autoimmunity in children everywhere. Catherine addresses the psychoneuroimmune system and gut health of children through a deeper connection with the world around us. She has written for multiple publications, including peer-reviewed medical journals. Follow her on Facebook at https://www.facebook.com/dr.catherineclintonnd or on Instagram: @dr.catherineclinton. Her blog is: www.drcatherineclinton.com. 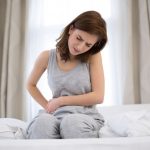 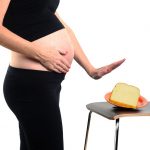