Mast Cell Activation Syndrome (MCAS) is an idiopathic disorder of inappropriate mast cell activation and increased mediator release, despite a normal total number of mast cells.2 Patients with MCAS present with chronic multi-system disease that is often of an inflammatory or allergic nature. Because of the widespread distribution of mast cells in human tissue, manifestations of MCAS have been reported to affect nearly every organ system (Table 1). These symptoms commonly present in a chronic waxing and waning pattern, though symptoms may also occur in acute “flares” triggered by numerous food, drugs, and environmental allergens. The most common symptom in MCAS is chronic fatigue and malaise; however, the symptom presentation between patients is highly variable due to mast cell heterogeneity at involved organ sites, number and type of mast cell receptors, and the magnitude of the release reaction.3Mast cells are hematopoietically-derived immune cells that act as part of the innate immune system to defend against pathogens and neutralize toxins.1 Mast cells are highly concentrated at environmental interfaces such as the skin, GI tract, and mucous membranes. Mast cells are activated via numerous cell surface receptors, including those for IgE antibodies, hormones, and cytokines. Once activated, mast cells produce a number of molecular signals (mast cell mediators) that contribute to the clinical features of allergic response and anaphylaxis. These include biologic amines (such as histamine and serotonin), enzymes (such as tryptase and chymase), cytokines, and lipid mediators (including prostaglandins and leukotrienes).

Diagnostic criteria for idiopathic MCAS was adopted by an international working group as recently as 2012 (Table 2), and revised in 2014.3,4 Lack of familiarity with MCAS, in conjunction with the variable clinical presentation, often means that MCAS patients are diagnosed with chronic non-specific conditions such as CFS, multiple chemical sensitivity, or fibromyalgia. Alternatively, MCAS patients may present with multiple comorbid conditions, including endometriosis, interstitial cystitis, IBS, and idiopathic angioedema.2 As a result, treatments are directed at alleviating symptoms rather than reducing inappropriate mast cell mediator release, and rarely produce a beneficial clinical outcome. The following case illustrates the complexity of clinical presentation and laboratory workup associated with MCAS, as well as the challenges often faced in long-term treatment.

A 39-year-old female presented in May 2011 with chronic abdominal pain and diarrhea that were triggered by a wide variety of foods, medications, and supplements. Symptoms following the ingestion of any of the triggers included fatigue, headache, brain fog, nausea, and full-body urticaria, all lasting >24 hours.

While complete elimination of these triggers reduced the frequency of symptom flares, the patient was constantly reacting to new, often-unidentifiable substances. The patient reported that these symptoms had been present since age 12, following an exploratory laparoscopy that resulted in the formation of abdominal adhesions and the subsequent diagnosis of endometriosis. Past medical history was also significant for non-autoimmune hypothyroidism; however, the patient was unable to tolerate most thyroid medication, as her symptoms were triggered by both thyroxine and methylcellulose. In addition to the chief complaints of abdominal pain and diarrhea, the patient reported numerous other chronic waxing and waning symptoms, including: chronic fatigue, tachycardia, fever, myalgia, pruritus, urticaria, angioedema, interstitial cystitis, endometriosis, facial swelling, and ulcerations of the oral and anal mucosa.

The physical exam revealed pronounced bilateral, peri-orbital edema, and an erythematous maculopapular rash across the face and neck, but was otherwise unremarkable. Initial laboratory workup with CBC, CMP, TSH, thyroid antibodies, and lipid panel were all within normal limits. Additional laboratory testing was performed over the following 2 years to rule out other possible etiologies for her chronic symptoms, including myositis, autoimmune disease, immune deficiency, celiac disease, and chronic viral infection, all of which were negative. An adrenal stress index and hormone testing showed mild imbalances, but did not account for the severity of the symptom presentation.

The patient had been treated by numerous physicians over the previous 15 years with nutritional supplements, botanical medicine, homeopathy, and manual therapy. These therapies were aimed at balancing thyroid hormone, treating endometriosis, optimizing digestion, supporting detoxification, and reducing musculoskeletal pain; however, none of these treatment strategies offered any long-term relief. Treatment was complicated by the fact that her symptoms were triggered by numerous botanicals, dyes, and fillers, present in even the highest-quality supplements and pharmaceuticals, and she could not tolerate possibly beneficial treatments due to severe symptom flares. For example, the patient could not tolerate treatment with such diverse therapies as vitamin D, quercetin, and Urtica dioica.

Given the patient’s complicated history of symptoms in multiple organ systems and the lack of definitive results on laboratory testing, the initial treatment strategy focused on minimizing symptom flares through a variety of naturopathic modalities. The patient followed a strict elimination diet, in addition to elimination of allergens identified with IgG food allergy testing; she reported that this marginally improved her abdominal pain and diarrhea. Craniosacral therapy was initiated once per month, with reported improvement in musculoskeletal pain. The patient’s hypothyroidism was managed with 1.2 mL of T3, 5 times/day, compounded in culinary-grade olive oil (10 µg/mL), for a daily dose of 60 µg T3. The patient did not develop a sensitivity reaction to this compounded formulation, and experienced minor transient improvements in her energy. However, none of these treatments fully resolved her chronic fatigue or diverse relapsing and remitting symptoms.

In January 2015, the patient requested a workup for a possible mast cell-related disorder. Further research revealed the spectrum of mast cell disease, including mastocytosis, mast cell hyperplasia, and MCAS. This patient was a candidate for further evaluation for a mast cell disorder due to the presence of symptoms of mast cell activation in more than 2 systems and an absence of any other condition that better explained her symptoms.3 Initial blood testing for the c-KIT D816V mutation, commonly present in mastocytosis, was negative, and serum tryptase – a marker reflective of full-body mast cell load – was within normal limits (Table 3).4 These tests together ruled out a clonal mast cell disorder, but not MCAS.

In March 2015, the patient was referred to an allergy specialist in Seattle, WA, for further evaluation for a mast cell-related disorder. The specialist recommended that a definitive diagnosis of mast cell disease could be reached by 1) repeat testing for serum tryptase during an acute flare, elevated 20% above baseline, or 2) bone marrow biopsy. However, the patient was not amenable to an invasive bone marrow biopsy or to intentionally triggering a potential anaphylactic response prior to a scheduled blood draw. Instead, blood and urine testing was performed in September 2015 to identify other elevated mast cell mediator metabolites (Table 3).4,5 Testing for these is challenging due to the short half-life and thermolability of mast cell mediators, and, as a result, both blood and urine specimens must be chilled continuously during collection and testing.4 Indeed, 24-hour urine testing collected during a flare revealed elevated urinary metabolites of Prostaglandin F2 and Prostaglandin D2.

In May 2015, the patient was prescribed a mast cell-targeting agent (cromolyn sodium in water) to address chronic abdominal pain and diarrhea. The patient started at a low dose, and worked up to 200 mg PO daily over a number of weeks. Despite this taper, she developed a sensitivity to this medication, and discontinued without experiencing any therapeutic benefit.

Following the trial of the cromolyn sodium, the patient was prescribed fexofenadine, an H1 histamine receptor antagonist, compounded in olive oil at 30 mg/mL, at a starting dose of 30 mg TID. However, the patient developed a sensitivity to the fexofenadine in olive oil, so switched formulations to compounded fexofenadine capsules. Following a month-long taper, the patient was able to maintain the full dose of fexofenadine, 120 mg PO TID, for 4 weeks. During this time, she reported moderate relief from many symptoms and reduced frequency of symptom flares. Most notably, her energy was improved, episodes of cystitis were less severe and less frequent, musculoskeletal pain was reduced, and diffuse urticaria and edema were improved.

Despite this initial success, this patient’s treatment was interrupted after 4 weeks when pure fexofenadine became unavailable to compounding pharmacies. The patient has subsequently tried various OTC and compounded oral formulations of fexofenadine and loratidine without relief. Today, the patient continues to keep a medication diary to search for an effective antihistamine while continuing with an elimination diet.

The above case illustrates the long road to diagnosis and even longer road to symptom relief associated with MCAS. As naturopathic physicians, we commonly see patients presenting with chronic idiopathic inflammatory and/or allergic conditions refractive to conventional therapy. A full review of systems in these patients may reveal symptoms of mast cell activation, possibly warranting further laboratory workup. For a comprehensive overview of MCAS assessment and diagnosis, we recommend Afrin et al’s “A concise, practical guide to diagnostic assessment for mast cell activation disease”.4

Current treatment recommendations for MCAS are aimed at either inhibiting or managing the consequences of aberrant mast cell mediator release.2 However, the response to antihistamines is variable among MCAS patients. Additionally, many MCAS patients report sensitivities to food, drug, and environmental triggers. In this patient population, drug reactions are commonly due to manufacturing processes, fillers, or dyes in the product, rather than the active ingredient. Determining the correct therapy for an individual patient requires a systematic approach with a slow introduction of new treatments, often over many months. Keeping a medication diary with specific formulation details may help identify triggers that can be avoided in future formulations.

In this case, the patient’s first step towards healing was receiving an accurate diagnosis of MCAS that both fit the severity of her symptom picture and explained the pattern of her sensitivity reactions. Increased awareness of MCAS within the naturopathic community is important, as MCAS may be the underlying etiology of many poorly understood inflammatory conditions, including fibromyalgia, CFS, and multiple chemical sensitivity. 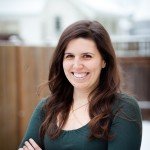 Katherine Hampilos is a 4th-year student at the National College of Natural Medicine in Portland, OR, where she is pursuing both a Doctorate in Naturopathic Medicine and a Master of Science in Integrative Medicine Research. She graduated from Oberlin College with highest honors in biology, and completed her thesis in structural botany. Her current research interests include botanical medicine and immunology. 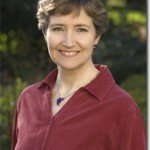 Wendy Hodsdon, ND, is adjunct faculty at Helfgott Research Institute at NCNM, where she mentors students and teaches in the Master of Science in Integrative Medicine Research program. Her private practice in Portland, OR, focuses on energy medicine and immune system disorders. She has published scientific articles and a book chapter on food allergy testing methods. More information about Dr Hodsdon can be found on her website: www.PortlandAlternativeMedicine.com. 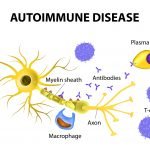 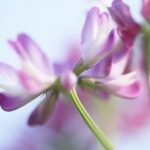