There is a great scene in the now retired hit TV show, The Office, in which Pam, the lead female character, laments the impact motherhood has had on her sense of humor. “I used to watch Pulp Fiction and laugh, and now I’m like, that poor gimp is somebody’s child!” While some women who have borne children surely still find enjoyment in the works of Quentin Tarentino, there is a friendly consensus among mothers that something happens to the brain after pregnancy. The behavioral evolution of this is logical: increased sensitivity to the suffering of others presumably increases the likelihood that a mother will protect her child from danger. We assume that this “maternal instinct” protects helpless infants and preserves the species, but it’s possible that infants are not entirely passive in their influence over their mothers, and when it comes to the immune system, it is also possible the result is not always positive.

When a woman is pregnant, her immune system necessarily undergoes changes. Inflammation supports implantation of the embryo, while immune tolerance allows her to carry foreign DNA to term. Autoimmune conditions, particularly rheumatoid arthritis, multiple sclerosis, Grave’s disease, and Hashimoto’s thyroiditis typically improve during pregnancy. Three months after delivery, women may experience a flare of autoimmune conditions, especially rheumatoid arthritis or autoimmune thyroiditis. While we have constructed this as a shift towards Th2 dominance occurring within the mother’s immune system to create immune tolerance of the fetus,1,2 the story is not quite that simple.

Microchimerism is the presence in the body of a small number of cells from a genetically different person. This occurs particularly during pregnancy, when a small number of maternal and fetal cells cross the placenta bi-directionally and come to reside in a genetically distinct host. This can also occur between fetuses in cases of multiple births. While research has been done on maternal microchimerism in children3 and the possible role it plays in the development of autoimmune conditions,4 interest in the role that fetal microchimerism plays in maternal health is rising. The rate of exchange of these cells is higher when the placenta is disrupted, as in a surgical abortion5 or a Cesarian-section birth, both of which are associated with higher risk of autoimmune disease.6

An autopsy study published in November of 2015 on women who had died while pregnant with, or within 1 month of giving birth to, male offspring demonstrated the extent to which fetal cells are present. Since the cells left behind by male offspring contain y-chromosomes, they are easily distinguished from the mother’s cells or those of female offspring. All of the organs from which tissue samples were taken showed the presence of fetal microchimerism. The concentrations of fetal cells in women who had died while pregnant were higher than those of women who were postpartum at their time of death, which agrees with the proposed timeline that, although some fetal cells persist for the remainder of the mother’s life, the immune system works to remove them at about 3 months postpartum.7

Once the existence of these cells is established, the task of determining their role in the mother’s body remains. Fetal microchimerism, once thought to disrupt the mother’s physiology merely due to the presence of foreign cells, may in fact be more active than assumed. The most obvious influence over development of autoimmune disease would be variations in HLA typing between mother and father.8 Do fetal cells presenting a non-inherited HLA type create autoimmune activity in the mother? It appears that they do not, although the degree of the fetal microchimerism in an organ may affect its vulnerability to autoimmunity.9 It has even been posited that fetal microchimerism is protective. One study found that the density of fetal cells in thyroid tissue was increased in healthy controls, suggesting that their presence is protective.10

Aneuploid cells, or cells that have too many or too few chromosomes, persist in the bodies of mothers who have miscarried, and women who have given birth to a child with Down’s syndrome are at higher risk for Alzheimer’s disease.11 Why is this? Is the genetic anomaly that leads to Alzheimer’s disease already present in the mother and in some way linked to genetic pattern associated with Down’s syndrome, or is it possible that fetal cells with an aberrant chromosomal array nesting themselves in the brain leads to the plaque formation? Women who develop Alzheimer’s disease show a higher degree of fetal microchimerism in the brain, but its role in the development of Alzheimer’s disease has not been fully elucidated. Much more research is needed to understand the mechanisms by which fetal microchimerism affects the mother.

How does this information help us? As NDs, we will not be forging the first path through Crispr technology, but will rather be using the knowledge to optimize outcomes for postpartum mothers and families. There are a few potential opportunities to use this information to the advantage of our patients.

Fetal microchimeric cells carry the DNA of both parents. As we see from the study linking Alzheimer’s disease to Down’s syndrome, altered DNA structure and activity may play a role in disease development. Could we extrapolate from this that, on a lesser scale, microchimeric cells recruited to a tissue assume an active, even if altered, role in that tissue’s functionality? Until we learn more about the relationship between paternal health and genetic influence over the development of autoimmune disease in mothers, it seems worthwhile to focus on optimizing the epigenetics of Dad in the same way we work to optimize Mom’s prenatal health.

Perhaps it is not the simple fact of the cells but their activity that changes. As NDs, we recognize the role of environmental exposure in autoimmune disease. Perhaps what is happening is that wherever fetal cells aggregate within the mother, whether in lung cells, at sites of injury, or in various other tissues around the body, the different metabolic capacity of the new cells alters the host’s resilience to various environmental agents. This could explain why a woman who happily enjoyed gluten her entire life finds herself intolerant after pregnancy, newly diagnosed with celiac disease and potentially it’s common companion, Hashimoto’s thyroiditis.

What can we do to protect her? Many fetal microchimeric cells are stem cells. One challenge stem cell therapy has revealed is that stem cell intracellular processes sometimes metabolize at a different rate than the host.12 The role of mitochondria is being increasingly recognized in pathogenesis, particularly when illness occurs at the juncture of environmental exposures and illness.13 Microchimeric cells tend to aggregate at sites of damaged tissue, ostensibly in an effort to repair the damage and preserve the mother.14 But perhaps when cells within a single organ have different metabolic rates, they are not effectively managing injury, but are instead complicating the repair process.

For these reasons, the postpartum period may be an especially important time to prevent exposure to environmental stressors and support healthy mitochondrial function with antioxidants to reduce any negative impact of microchimerism on the mother’s future health.

Paternal health is also a consideration. If there are, for example, SNiPs present in the father, whether or not they can cause DNA damage sufficient to trigger a miscarriage, their contribution to the effects of microchimerism may change the maternal interface with environmental exposures. Perhaps at 3 months postpartum, particularly when the paternal family health history reveals an increased risk for autoimmune disease, we should be more carefully evaluating the new maternal mitochondrial function and supporting her more actively as circulating levels of fetal cells fall and fetal stem cells become incorporated into the maternal milieu.

For those lucky enough to plan their pregnancy well in advance, this is yet another reason to examine paternal health at the functional level, beyond sperm activity. Perhaps optimizing the epigenetics and mitochondrial function of both parents is more important than previously recognized. 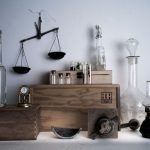 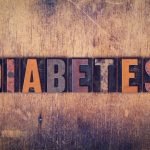