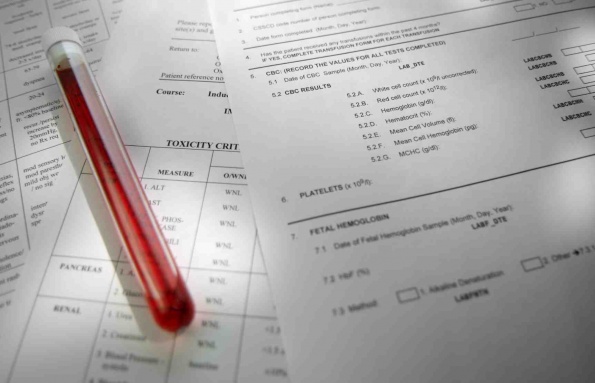 The internal environment of the body highly affects susceptibility to infection. How can one person develop influenza, while a coworker in the next cubicle remains healthy, when both are exposed to the same office conditions? To reduce the likelihood of succumbing to infectious disease, it is important to understand the factors that contribute to infection and to promote the factors that support increased resistance to infection.

History of the Germ Theory

In the late 1800s, Louis Pasteur was credited with developing the germ theory, a hypothesis that proposes that microorganisms are responsible for the development of infectious diseases. Similarly, during the same period, Robert Koch proposed the theory of contagionism, which argues that disease is transmitted from person to person through inoculation, touch, proximity, and indirect transmission.1 Primarily due to political and economic reasons of the times, the proposals by Koch for quarantine, disinfection, and boiling of water to prevent cholera were not well received because of the inconveniences that isolation had on manufacturing, trading, and exporting.1 Despite the controversy he was met with, the germ theory has become a predominant cornerstone of modern medicine.

In a futile attempt to falsify the now-dominant germ theory, Max von Pettenkofer, a highly respected public health figure, swallowed the bacteria that allegedly caused cholera, proposing that disease would occur only in susceptible individuals.1 Healthy individuals can remain healthy in the face of exposure, but infection can set in among susceptible individuals, despite measures of disinfection and quarantine.

Although the germ theory by Pasteur and Koch led to many advances in modern medicine, including an increase in hygiene and the discovery of penicillin, it narrowed the medical research paradigm that would be followed for most of the 20th century.2 As a result of this focus, medicine became militaristic: identify the enemy (disease) and its source (microbe) and then exterminate it methodically and absolutely. Such a militaristic concept of health created a hypochondriacal view of one’s environment, causing individuals to reduce social and environmental contacts (eg, sewer gases, public telephones, and touching someone who has a cold) for fear of contamination.2

Rudolph Virchow said, “Mosquitos seek the stagnant water, but do not cause the pool to become stagnant,”3(p) illustrating the importance of a healthy internal environment. This article will discuss factors that are less commonly considered relative to infectious disease.

Individuals of different blood groups may have varying susceptibilities to influenza A or B strains. Reviewing some basic information about blood type will help to understand why this is. The differences among the 4 blood groups lie in the variance of carbohydrate and protein molecules attached to the blood cells. These glycoproteins serve as tags on the blood cell.4 The blood type is present in other body fluids besides blood (eg, saliva) and in the lining of mucous membranes among most of the population. Due to the presence on mucosa, different blood types can affect the interaction and adhesion of microbes to the mucous membranes and influence susceptibility to infection.4

Besides providing information on epidemiology, knowledge of one’s blood type can give more specific information on diet, nutritional supplements, and susceptibility to infection and assist in personal decisions such as whether to receive a swine flu vaccine. It should be noted that influenza strains A and B and blood types A and B are named similarly but refer to different things. Caution should be exercised so that confusion between the 2 is avoided.

An epidemiological survey showed that children with type B blood may serve as latent carriers for influenza A viruses, possibly contributing to the emergence of new epidemic strains in countries of Southeast Asia.6 The study demonstrated that circulating influenza A viruses may be present in 10% to 36% of healthy children in Asia (a region with a larger percentage of individuals with type B blood than America) up to 5 months before the onset of a new influenza epidemic. These antigens (influenza viruses) may also be present for up to 5 months after these individuals have had influenza, thereby making them likely carriers of the virus, infecting others in their “nonsick state.”6

Individuals with blood type A have the ability to quickly generate antibodies against influenza A viruses such as H1N1 and H3N2 in particular.7 In addition, they tend to have a stronger immune response to more virulent strains of type A viruses and a poorer response to less virulent strains, including the less virulent influenza B strains.7,8 In the face of more severe influenza epidemics, blood type A individuals may be at an advantage.

The information presented reflects tendencies of individuals with different blood types in their susceptible states. Data on genetic predispositions serve to reveal where weak links are so that measures can be taken to work around them. The following are antiviral and immune-supporting supplements for the different blood types based on research by D’Adamo and Whitney.11

Physical conditions are not the only contributing factors to disease susceptibility. There are many other examples of environmental and social influences that can have a significant effect on the body’s ability to fight disease.

The benefits of touch are well known for the survival and development of infants. Investigations show that preterm infants given therapeutic touch had decreased heart rates and respiratory rates, demonstrated increased ability to rest, developed better sucking and swallowing when feeding, and showed a greater ability to engage with the environment.12 Two minutes of skin-to-skin contact before vaccination injections reduced pain in infants.13

Chronic stress and depression can lower immune function. This can contribute to increased susceptibility to infection and reactivation of latent viruses such as herpes and Epstein-Barr viruses.15

A study16 conducted among undergraduate students in Amsterdam, the Netherlands, showed that stress changed the protein composition of saliva, increasing adhesion of pathogenic oral bacteria such as Streptococcus mitis in the oral cavity and Helicobacter pylori in the gastrointestinal mucosa. It was further found that oral colonization of Candida albicans required coadhesion with oral streptococcal organisms such as Streptococcus gordonii. The autonomic nervous system controls the salivary glands, and under the influence of sympathetic stimulation, secreted salivary proteins are different from proteins secreted in a calm state. Stress stimuli in the study included a time-pressured memory test and a video presentation showing various surgical operations. Subjects under stress produced salivary proteins that increased microbial adherence, which is needed for bacterial colonization and infection.

It may seem that the Amsterdam study16 pertains only to oral health. However, the microbial colonization processes discussed herein are not unique to the oral mucosa but take place on other mucosal surfaces such as the throat, lungs, gastrointestinal tract, and genitourinary tract. Proteins in mucous secretions of the respiratory tract and gastrointestinal tract mediate these processes. Therefore, stress can affect how likely it is that a microbe will adhere and infect different body systems.

Three hundred thirty-four healthy men and women aged 18 to 54 years were investigated at the University of Pittsburgh, Pittsburgh, Pennsylvania, to observe the association of positive emotional style or negative emotional style with susceptibility to the common cold. The subjects with administered nasal drops containing rhinoviruses and were monitored to see whether they developed colds.17

Subjects who tended to demonstrate a positive emotional style exhibited fewer cold symptoms such as congestion, runny nose, sneezing, cough, sore throat, malaise, headache, and chills; in contrast, those who tended toward a negative emotional style exhibited more cold symptoms.17 In addition, having a positive emotional style reduced the likelihood of being infected with the cold virus, although the data did not reach statistical significance. Another study18 showed that sociability (characterized by extraversion, agreeableness, and positive relationships) was linked to decreased susceptibility to infection by the cold virus.

Positive mood can enhance the immune system by increasing IgA antibodies,17 which are generally associated with protection against infection.19 Negative mood can be correlated with an alteration in the production of cortisol, which then increases production of proinflammatory cytokines that are responsible for the signs and symptoms of illness.17 Cytokines are the chemical molecules that bring about body aches and pains, increased mucous production, and swelling during illness.20 These are only few mechanisms by which mood affects physiology.

As medical providers, it is our responsibility to support the health of the entire person, not merely physical health, as physical health is affected by mental and emotional health. Stress or negative feelings are often thought of as brought on by circumstances. However, we have no control over other people or our surroundings, but we can control how we respond to them. It behooves us as practitioners to support the needs of patients and to refer them if necessary to obtain resources that enable them to embark on personal growth and to engage in lifestyle and behavioral patterns that are supportive to the immune system and to general health.

What appears to be merely a jacket of the cell actually functions in many more capacities. The cell membrane is responsible for regulating the flow of positive and negative ions and for maintaining negative charge within the cell. Membrane proteins serve to communicate with other cells or to respond to substances secreted by other cells.21 The components of the cell membrane itself influence inflammation. For example, cell membranes composed of more omega-3 fatty acids are less inflammatory than cell membranes composed of a greater amount of arachadonic acid.22

One study24 showed how respiratory syncytial virus binds to cell surface glycosaminoglycans and how different glycosaminoglycans may influence infection. Another study22 demonstrated that fatty acid composition of cell membranes affects inflammation and cytokine release. Increased amounts of arachadonic acid are proinflammatory. Higher amounts of inflammatory cytokine release can increase symptoms and severity of infectious illness.20 Therefore, the healthier the cell membrane is, the less likely it is that a cell would be susceptible to infection.

The clinical relevance is that bioimpedance analysis is a clinical tool that can be used to monitor the health of cells and body composition. There are several clinical measures that support improved cell membrane function. An alkaline diet, electrolyte supplementation, and adrenal support can increase intracellular water and negative cell membrane potential. Adequate protein intake is generally supportive of proper cell surface protein receptors, which are essential for cell-to-cell communication. Vitamin C, bioflavonoids, MSM, and amino acids support glycosaminoglycans and connective tissue. Finally eicosapentaenoic acid, DHA,borage oil, and olive oil are healthy fats that decrease inflammation.

Blood type, social factors, and cell membrane health can affect susceptibility to infectious disease. However, susceptibilities are not predestinations. Gene expression can be manipulated by using certain supplements or by making lifestyle changes. Countless resources to learn how to manage stress and to develop healthier lifestyle patterns are available. Finally, there are many naturopathic therapies that support proper cell function. Therefore, as knowledge is gained on factors that affect susceptibility to infection, tools can be used to modulate and reduce those tendencies.

The objective of this article is to rekindle a sense of empowerment. We are not at the mercy of microbes. We are not bound by our genetic inheritance. We are not victims of our social environments. We are not limited by our physical health. Rene Dubois says, “Viruses and bacteria are not the sole cause of infectious disease; there is something else.”

This information is for educational purposes only and is not intended to diagnose or treat disease. 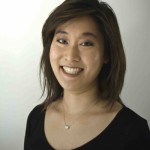 Dr. Chan’s interest in world wide humanitarian efforts led her to Beijing China, where she worked with disabled children.  Through her efforts to further education in others, Dr. Chan currently holds numerous speaking engagements throughout Massachusetts, New York, and Washington State.

Dr. Chan performs with local orchestras and appears regularly on a local access television program titled “A Healer in Every Home”. She currently practices in Cambridge, Massachusetts at the Lydian Center for Innovative Medicine.

5. Mackenzie JS, Fimmel PJ. The effect of ABO blood groups on the incidence of epidemic influenza and on the response to live attenuated and detergent split influenza virus vaccines. J Hygiene (Lond). 1978;80(1):21-30. 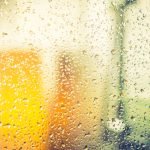 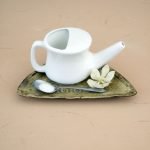