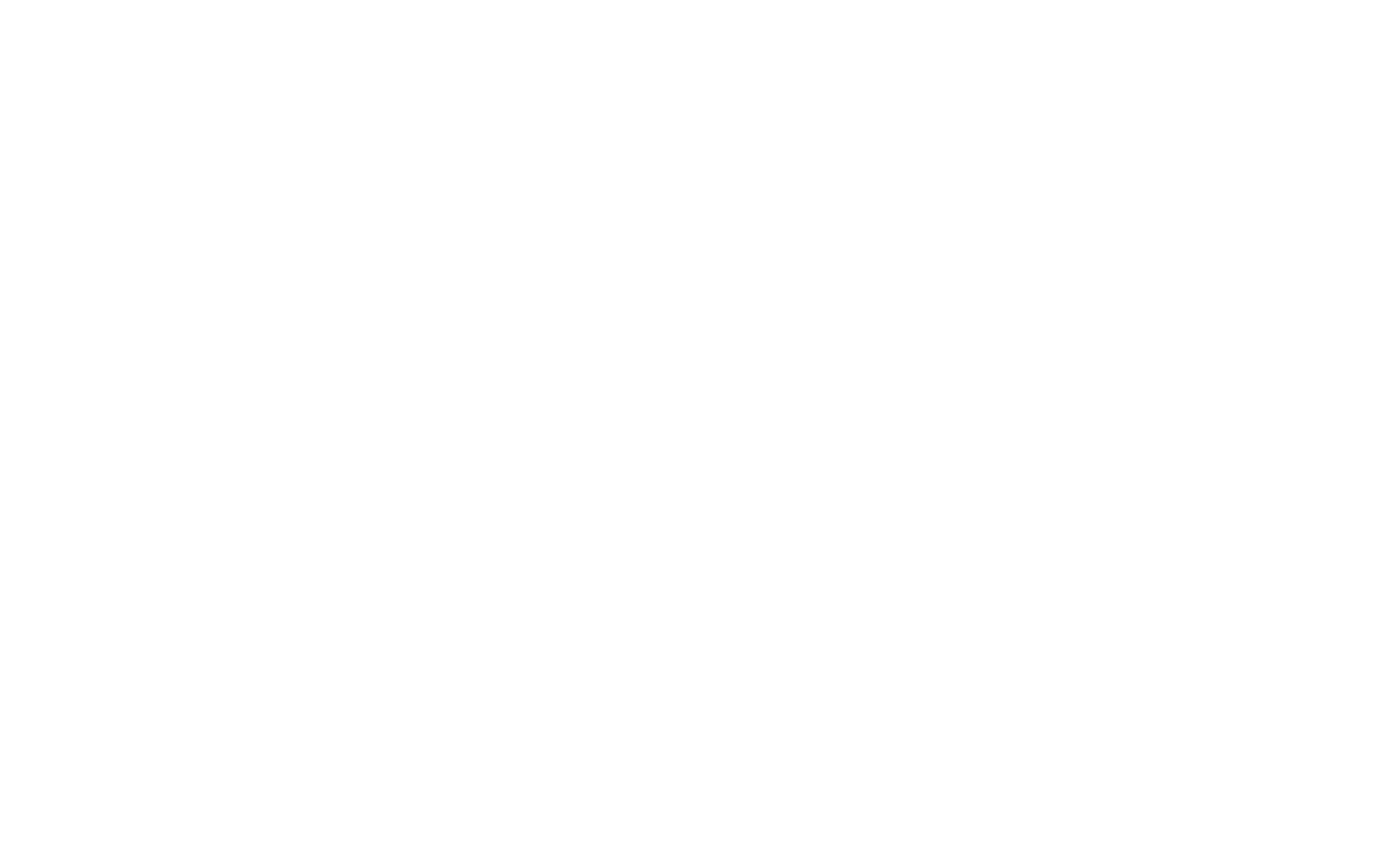 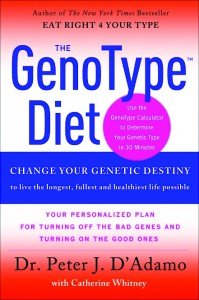 Dr. D’Adamo’s new book, The Genotype Diet, concentrates best on the naturopathic principle of Tolle Totem. In his book, D’Adamo speaks to each reader individually, allowing the person to take into account his or her own genetic and environmental factors and using this information dynamically to transform personal health.

Epigenetics is the study of changes in gene function that occur without a change in DNA sequence. Take, for example, the Agouti mouse experiment that was confirmative of the concept of epigenetics. In the experiment, pregnant, laboratory-bred Agouti mice (who have a genetic tendency toward diabetes and obesity) were fed special diets high in amino acid methionine. The offspring of these mice had different physical attributes than the parents. The offspring were thin and exhibited no tendency toward diabetes. The experiment gave leeway to such thought that mechanisms of epigenetic control, such as DNA methylation, histone acetylation and RNA interference, are progressively understood to be more than just minor aspects of physical health.

The Genotype Diet addresses the effect epigenetics may have on an individual’s health. In this book, D’Adamo identifies six GenoTypes, which represent six distinct anthropological archetypes with unique strengths and weaknesses.

“Your GenoType represents your survival strategy, the decisions that have been reached collectively among your genetic potential, your prenatal diet and your environment” (p. 6). The six GenoTypes include: the hunter, gatherer, teacher, explorer, warrior and nomad. Any reader may identify his or her specific GenoType using rationale found in the book. Namely, by identifying family history, blood type and using the results of simple diagnostic tools, any person may determine how to map out his or her own genetic identity and discern which of the six types they are, as well as which of the different diets they should follow to achieve optimal health. 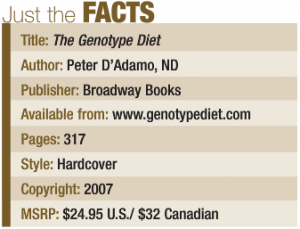 D’Adamo cites an example for this concept, applying scientific data gathered from experiences of extreme hunger during pregnancy (citing Hongerwinter during World War II): “On the other hand, if your mother is unlucky enough to be living in a famine, your ‘artery genes’ will have to compete for those scarce nutrients with the genes that control the growth of other organs and tissues. The result might be a greater tendency for heart disease or high blood pressure. As you can see, the same genes are always [there], but they’re responding very differently to the information given by diet and environment” (p. 5).

Currently, understanding epigenetic mechanisms is one of the highest priorities in human disease research; this gives rise to significance in the development of chronic disease by people who eat mainly nutrient depleted, chemically burdened, processed foods as their daily diets. 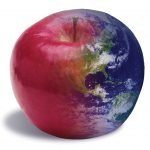 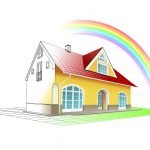