Botanical Medicines for Colds and Flus

The FDA has recently begun to take action to block the sale of symptom-suppressing cold and flu remedies for children. This is in part because the remedies represent a significant danger if overdosed, and in part because they simply aren’t effective. Now more than ever, it is important that NDs utilize the full extent of our materia medica to help children and adults prevent, cope with and effectively treat their upper respiratory tract infections (URI). This article will look at some of the lesser-known herbal remedies for URIs.

Tilia spp (linden or lime blossom) are tall trees with fragrant yellow or white flowers commonly found throughout Europe, Asia and North America. Various species of linden are used in traditional medicines globally, as nervines and for respiratory infections.

Tilia flowers are also mucilaginous, spasmolytic and diaphoretic. This range of actions means it addresses all aspect of a URI: attacking viruses, reducing symptoms and enhancing immune function. In King’s American Dispensatory, Felter described Tilia europea as “a common domestic remedy in Europe for the relief of many nervous and catarrhal disorders” (Felter and Lloyd, 1898). Tilia mexicana infusions are traditionally used in Latin American patients with enterocolitis, gastroenteritis, hepatic and nephritic colic and coughs (Pavon and Rico-Gray, 2000).

Traditional folk use calls for preparing an infusion of Tilia americana L. var. mexicana in water brought just to a boil, then poured over powdered inflorescences in either a pot or cup and steeped for five minutes.

Balsamorhiza sagittata, also known as Oregon sunflower and arrowleaf balsamroot, grows in semiarid rangelands and foothills in the Northwest. The plant is relatively unscathed following fire damage, frequently increasing in density after a major burn. With its high fiber content, this plant was traditionally harvested and used as a food source by Native Americans.

Studies show it has antibacterial and antifungal properties (Matsuura et al., 1996), and is a useful expectorant and diaphoretic. In a study of nine fungal species, extracts of Balsamorhiza sagittata were shown to have antifungal action against all nine (McCutcheon et al., 1994).

Balsamorhiza sagittata is botanically related to Echinacea, and contains many similar, immune-stimulating constituents (Mohamed et al., 2006). Balsamroot is more diaphroretic and relaxing than Echinacea. The B. sagittata is a good single herb indicated for use in acute URI with thick mucus and a weak fever. Small, frequent sips of a tea or syrup are useful for breaking up mucus and during the early stages of pharyngitis.

Moore recommends using Balsamorhiza root as a tincture, 1-3ml in hot water up to four times a day for acute conditions. It mixes very well with other resinous, inflammation-modulating, mucolytic herbs, such as Grindelia spp (gumweed) and Eriodictyon angustifolium (yerba santa).

Lobelia leaf, flower and seed are well known in moderate doses as spasmolytics, particularly in the bronchi. Lower doses are used as expectorants to stimulate a cough. Both these actions have obvious application in a patient with bronchitis and a cough.

However, lobelia is also important as a relaxing nervine. People with URIs often have trouble sleeping because of their symptoms, yet need more sleep for optimal healing. Lobelia can be quite relaxing, particularly when pushed up to just sub-nauseating doses. Using a tincture of fresh plant, 0.5ml (10-15gtt) several times a day is a place to start. If patients don’t feel nausea after two or three doses, they should increase the dose by 2-3gtt until they just begin to get queasy, then back off from that dose. A dose definitely should be taken at bedtime.

Though presently illegal for use as a weight-loss aid, nothing in the FDA regulations clearly makes it illegal for practitioners to prescribe this medicine in alignment with traditional uses. This would include a very important purpose similar to that of lobelia – to calm symptoms enough to allow patients with URI to fall asleep. It may seem strange to use a stimulant as a sleep aid, but Dr. Yarnell has observed in adults and children many times that if rhinorrhea, postnasal drip and a moist cough can be calmed down enough for sleep to happen, everything resolves much more quickly.

The typical dose of a tincture is 10gtt for an adult taken 30 minutes before bedtime. Child doses are – at most – half that. This is far, far below any kind of danger threshold for this potent, useful herb.

Many botanical medicines exist that have wonderful healing properties for use during cold and flu season, yet are relatively unknown. If our only tool is Echinacea, then we are far too limited and will not be very effective. The herbs discussed here can be a soothing and relatively inexpensive alternative for patients experiencing acute and self-limiting conditions this winter, and offer many other options than the standard repertoire. 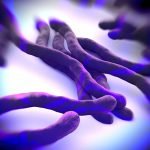