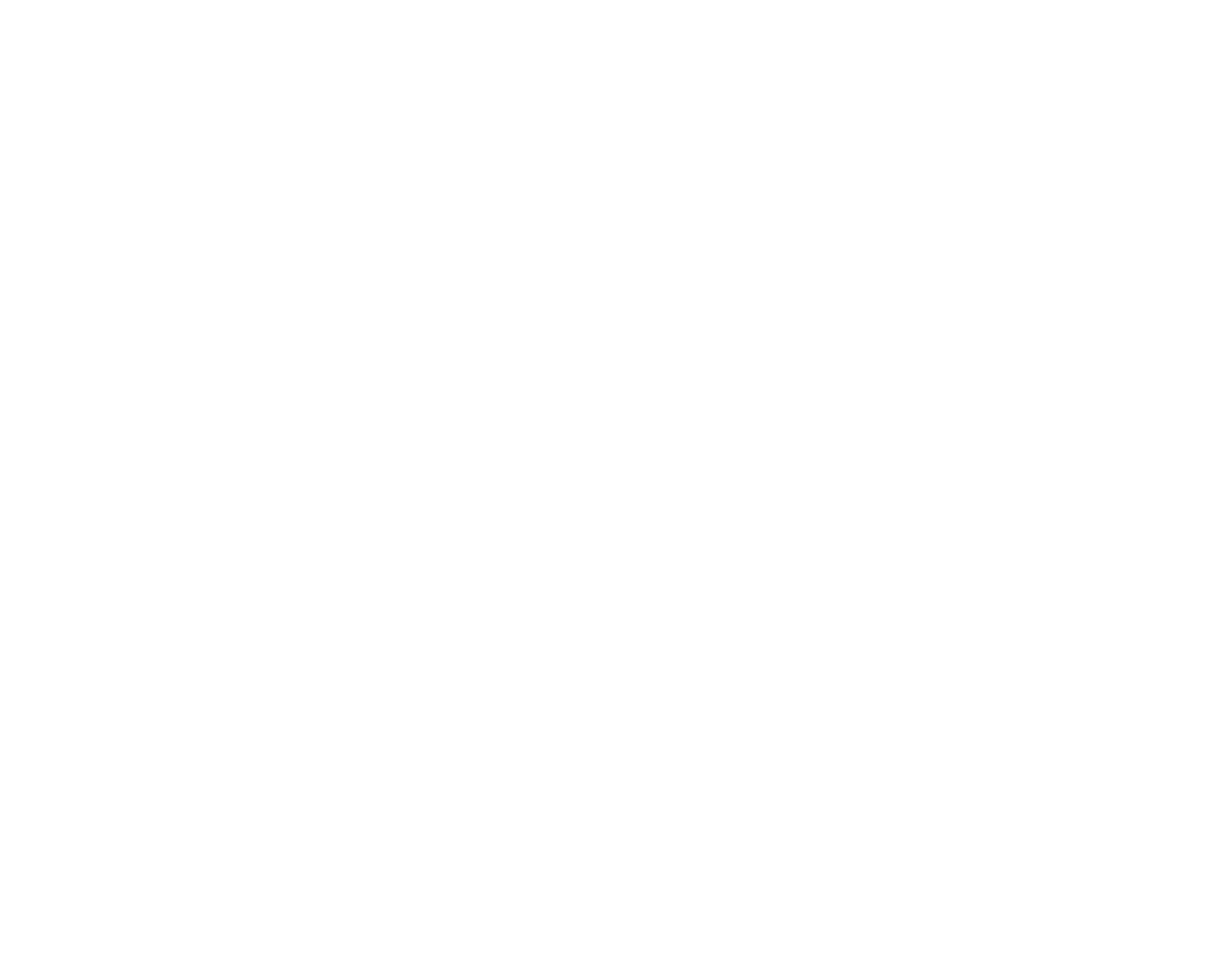 The common pineapple, Ananas comosus, was brought back to Europe from Guadeloupe at the conclusion of the second voyage to the Americas by Columbus in 1493. Its culinary and architectural use slowly spread throughout the continent, where it became a universal symbol of hospitality, as depicted in the pineapple plant woodcut from the 1587 Historia Generalis Plantarum by Jacques Dalechamps.1,2 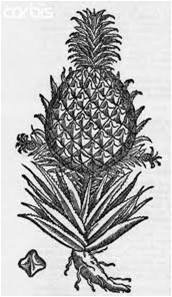 The first scientific report of pineapple investigation was published in 1891 by Chittenden et al,3 who attributed the discovery of pineapple’s intrinsic enzymatic activity to Señor V. Marcano of Venezuela. Modern research on pineapple began in the 1950s with investigation of its anti-inflammatory properties. A current PubMed search will return 1499 citations, with studies ranging from the 1957 publication of “The Action of Papain and Bromelain on the Uterus”4 to the 2010 publication of “Dietary Supplementation With Fresh Pineapple Juice Decreases Inflammation and Colonic Neoplasia in IL-10–Deficient Mice with Colitis.”5 Basic research continues to investigate the mechanism of action of stem bromelain, which has focused on the modulation of selected cell surface receptors in vitro and in vivo such as CD4, CD8, and CD25 that are responsible for cell trafficking and activation.6-8 However, like many botanical therapies, the effects of stem bromelain may vary depending on the environment in which it is being used or investigated. Similarly, the outcomes of many clinical trials on stem bromelain use have been contradictory. Bromelain was found to be an effective anti-inflammatory agent in naturopathic care for rotator cuff tendonitis,9 enhanced T-cell responses in immune-suppressed patients with cancer,10 and accelerated recovery from acute sinusitis in pediatric patients.11 Stem bromelain use had no effects in a randomized clinical trial of osteoarthritis of the knee12 or in a trial of relapsing multiple sclerosis.13 These discrepant results may be attributed to sample size, dosage, study design, or product variation.

The bromelain terminology is somewhat confusing and may refer to extracts of the pineapple fruit, skin, or stem or to various combinations. Bromelain is composed of peroxidases, acid phosphatases, and sulfur-containing cysteine endopeptidases, as well as inhibitory proteins. The most common bromelain nutritional supplement manufactured and prescribed is stem bromelain, which is classified as EC 3.4.22.32 by the Nomenclature Committee of the International Union of Biochemistry and Molecular Biology (http://www.chem.qmul.ac.uk/iubmb/). A molecular standard “fingerprint” of stem bromelain was established using Fourier transform infrared spectroscopy, which allows verification of identity and comparison among commercially available stem bromelain sources. The strength or enzymatic activity of stem bromelain is measured in Rorer units (RU), gelatin digestion units (GDU), or milk clotting units (MCU). Clinically used stem bromelain should contain a mean enzymatic activity of 2400 GDU or 3600 MCU per gram, with a typical daily dose of 1 to 4 g per 70-kg body weight. Stem bromelain is commonly delivered as a powder, may be encapsulated in gelatin, or is enteric coated and is available as a single product or in various combinations with other ingredients such as additional enzymes, antioxidants, vitamins, minerals, or botanicals. When evaluating the scientific literature for clinical or preclinical effectiveness studies, the source, standardization, and quality control data for the product investigated should be considered.

Natural therapies and botanical extracts such as stem bromelain are being investigated in clinically relevant models such as allergic airway disease and asthma. Allergies and asthma affect more than 60 million persons per year (Figure 2), with an increasing morbidity and economic burden estimated at $20 billion annually.14,15

Preclinical research is not feasible in humans owing to the difficulty in accessing the locally affected tissue compartments such as the lung and in performing bronchoalveolar lavage (BAL). In our laboratory, we use ovalbumin (OVA) as an experimental allergen and aluminum hydroxide as an adjuvant to vaccinate animals against or sensitize them to OVA via 3 weekly injections, represented in the time line in Figure 3 by −21 to −7 days. On subsequent OVA aerosol challenge (days 0-10), a localized allergic asthmatic response is generated, which peaks at day 7 and is accompanied by the classic allergic asthma signs such as infiltration of white blood cells (WBCs) and eosinophils into the BAL and lung, mucus production, enhanced airway hyperresponsiveness, and generation of antigen OVA–specific IgE and IgG.15-26

This well-characterized model allows us to evaluate the inflammatory and immunological responses that occur in vaccination, allergy, and asthma and to investigate the effectiveness, potential adverse effects, and dosage optimization of selected botanical therapies. Our group previously reported on anti-inflammatory effects of stem bromelain during acute treatment24,25 (Figure 3B) and identified that stem bromelain treatment results in the reduction of specific receptors such as CD25 (the high-affinity IL-2 receptor a), which is required for the activation of CD4+ T cells and contributes to the severity and symptoms generated in allergies and asthma.8 In addition, we observed a significant reduction of WBCs and eosinophils when stem bromelain is administered several days after allergic asthma has been established26 (Figure 3C). Our present focus is evaluation of the effectiveness of stem bromelain in preventing the allergic response when treatment is delivered concurrently with vaccination or during sensitization (Figure 3A). Our data suggest that the optimal treatment of allergies or allergic asthma may be during the earliest phases or during the priming of the disease process. Three treatment schedules are compared in the Table and are evaluated by the percentage reduction of total BAL WBCs during allergic airway disease.

Although both the acute and established asthma treatment schedules reduce the infiltration of inflammatory WBCs by more than 50%, what is most striking is the 92% reduction achieved by stem bromelain treatment during sensitization. The obvious question is how this information can be applied clinically. It may not be practical to “pretreat” everyone; however, in highly allergic individuals such as those with complex seasonal allergies or occupations with defined and unavoidable exposures, preventive treatment may be a viable option. The use of preclinical models can be further adapted to investigate these chronic recurrent conditions. By sensitizing and developing acute allergic asthma, followed by antigen removal for 4 to 8 weeks (as the immune response abates), and then rechallenging, we can mirror recurrent exposures. Consequently, we can investigate the mechanisms that underlie the protection or benefit imparted by the botanical treatment, whether on individual cell types or their receptors, and the influence of the local environment that is altered during treatment. For stem bromelain, our current challenge is to consider the last 50 years of use, while applying rigorous and clinically relevant investigation to better understand this modern immunomodulator. 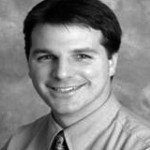 Eric R. Secor Jr, ND, MPH, MS, LAc, graduated from Bastyr and is currently Assistant Professor of Immunology at the University of Connecticut. Dr Secor has been awarded an F32 Individual Postdoctoral Fellowship and a K08 Mentored Clinical Scientist Research Career Development Award from the National Center for Complementary and Alternative Medicine (NIH/NCCAM). His current studies are investigating the anti-inflammatory and immunomodulatory effects of botanicals, as well as clinical outcomes research. He has consulted with industry since 1995, served on NIH/NCCAM study sections since 2006, and lectures nationally and internationally. Dr Secor’s long-term goals are to establish a translational research program that incorporates nutritionally based bioactive products and naturopathic treatment modalities. 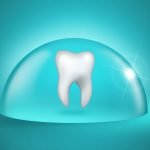 The Teeth: Guardians of HealthNature Cure 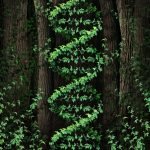