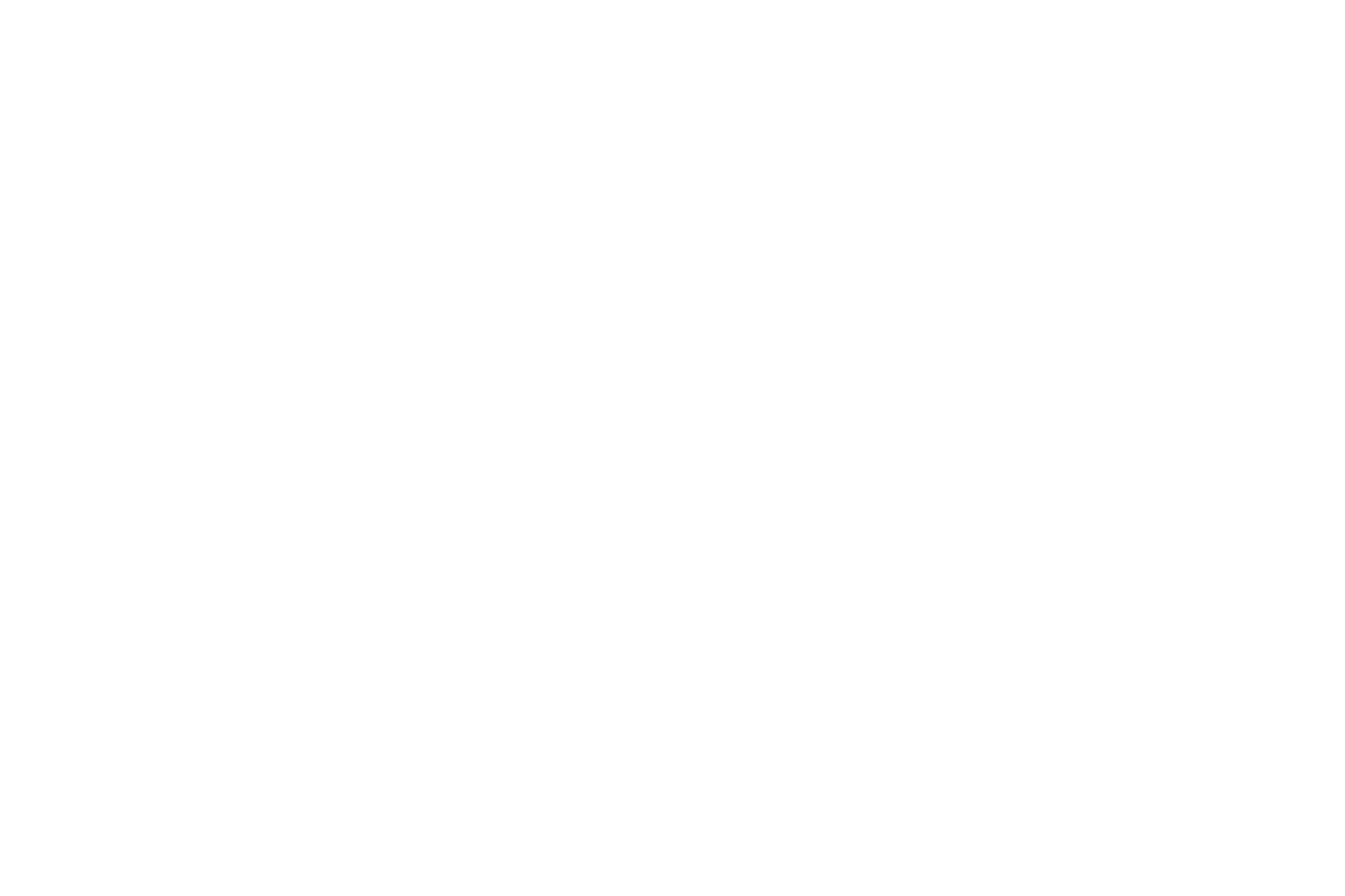 Dicentra formosa (western or Pacific bleeding heart) and Dicentra canadensis (turkey corn) were once well-known herbal remedies, but have fallen into obscurity. Their potential as anticancer remedies, as well as topical and internal analgesics and sedatives, suggest that they are worth reviewing. Dicentra belongs to the Fumariaceae family and is closely related to the Papaveraceae family, making it a cousin to such notables as the opium poppy and the amphoteric gallbladder remedy Fumaria officinalis (fumitory). 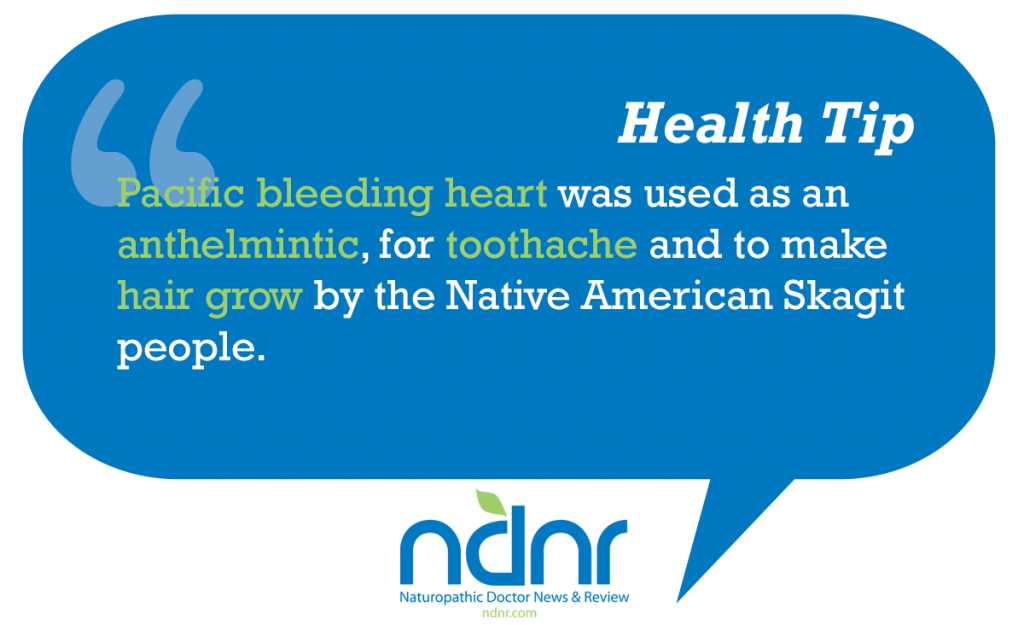 According to Moerman (1998), Pacific bleeding heart was used as an anthelmintic, topical analgesic (for toothache) and to make hair grow by the Native American Skagit people living in the state of Washington. It also was used by the Thompson River Indians in southern British Columbia, though the exact nature of the use was not recorded.

The Eclectics sometimes referred to D. formosa as Corydalis formosa (Corydalis and Dicentra do have some commonalities, but the two genuses should not be confused or considered interchangeable), and used it primarily as an alterative, diuretic and tonic with properties similar to those of the bitter tonics Gentiana or Berberis. According to Eclectic physician Fred J. Petersen, MD, Dicentra “increases the vitality and influences metabolism” (Petersen, 1905). Its tonic properties were extolled by other Eclectic physicians, including Finley Ellingwood, MD; William Cook, MD; Harvey Wickes Felter, MD; and others who found it beneficial in the treatment of syphilitic conditions, blood dyscrasias and “glandular derangements” of the system. Dicentra was also used effectively for amenorrhea, dysmenorrhea and chronic skin disorders. Fluid extracts, compound syrups and tinctures were made from the deep yellow, pea-like tubers of the plant (Felter, 1898), described as “stimulating and moderately relaxing, acting slowly but persistently, and influencing the secretory organs, especially the kidneys and skin” (Cook, 1869). The above-ground parts can also be used.

One of the major areas of application of Dicentra in days past was cancer. Eli Jones, MD, an Eclectic doctor with a large cancer practice, considered Dicentra particularly indicated when the patient had cachexia (Jones, 1911). He recommended a dose of 10 drops of tincture three times per day. Petersen (1905) wrote of it being good for “nodular swelling” and “enlarged glands,” both of which could include at least some cancer patients.

Bulbocapnine is a fairly active tyrosine hydroxylase inhibitor that blocks formation of dopamine, at least in vitro (Shin et al., 1998; Zhang et al., 1997). It also inhibits dopamine-1 receptors in vitro (Schaus et al., 1990). Apparently bulbocapnine has been used “in the treatment of Ménière’s disease, for muscular tremors and as a pre-anaesthetic” (Stern, 2008). Dicentrine also may confer a vasorelaxant and prostate/bladder spasmolytic effect on Dicentra (Yu et al., 1994).

According to the Eclectics, the tubers of Dicentra should only be collected in the spring when the plant is in flower (Felter and Lloyd, 1898). Flowering tops can also be used when gathered in the summer. A fresh plant tincture is preferred. A typical dose of Dicentra tincture is 1-2ml three times per day. If cut and sifted or powdered herb is used, then the dose is 2-3g three times per day.

Some adverse effects have been reported with the administration of Dicentra, though most often these are attributed to overdose. Based on the discussion by Eclectic physician Ellingwood (1919), most problems tend to be gastrointestinal irritation and upset. Dicentra should be considered a moderately potent herb and should be used with caution in frail people or those with serious liver disease.

Among the Eclectics, Dicentra was a leading alterative and tonic for many health conditions, although it has, unfortunately, fallen out of favor among many contemporary practitioners. Further study is needed to identify the chemoprotective and cytotoxic effects of its constituents so that they may be better understood and applied in the prevention and treatment of cancer, for which it holds great promise.

An Eclectic medical formula still in use today is Scudder’s Alterative Compound, an herbal tincture formula long used in the treatment of patients with lymphatic and other cancers.

It contains equal parts of:

McNulty J et al: Discovery of the apoptosis-inducing activity and high accumulation of the butenolides, menisdaurilide and aquilegiolide, in Dicentra spectabilis, Planta Med 73(15):1543-7, 2007. 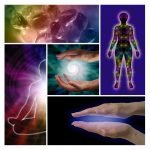 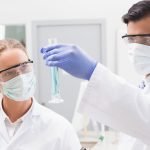