The Herb of Immortality: Gynostemma pentaphyllum

Growing herbs in Wisconsin was a great joy. There is rich soil, plenty of rain, adequate sun, and long warm summer months. Now that I live in Colorado on a rocky plateau where it rarely rains, and the wind and nibbling wildlife decimate most garden plants, I need different strategies to grow and nurture my plant friends and allies. One fond memory of my Wisconsin gardening days involves my farmer and herbalist friend, Jane, who introduced me to Gynostemma pentaphyllum, named jiaogulan (pronounced gee-ow-goo-lan) in the Traditional Chinese Medicine (TCM) materia medica. She acquired the seeds from herbalist Richo Cech, and we each planted them in the earth we were stewarding: her farm in North Freedom and my urban garden in Madison. This amazing Curcubitaceae-family plant took off from the soil and grew and grew and grew, and the amazing 5 petaled (pentaphyllum) green growth gave more and more of the precious part of the plant that is used for medicine. I harvested that year, and began my own personal n=1 research with this adaptogenic herb. I drank the tea one cup daily in the morning for two months. As with the use of most adaptogenic herbs, the effects are system-wide and tonic overall, but that late summer and autumn I can say that I had increased energy, increased stamina, and increased concentration and focus. The potential long-term benefits of taking adaptogenic herbs, including increased immunity, modulated inflammatory response, hormone balancing, improved glucose metabolism, and enhanced cardiovascular and cognitive function, are more effectively evaluated over the longer run in our lives, as we age.

The History of Jiaogulan

The documented history of jiaogulan goes back to the Ming Dynasty (1368-1644) when it was harvested wild for food. The medical history of this lesser known herb goes back to 1578 AD, when a renowned herbalist, Li Shi-Zhen, included a sketch and description of jiaogulan in his classical book, Compendium of Materia Medica. He described the herb usefulness in treating hematuria, edema and pain of the pharynx, heat and edema of the neck, tumors and trauma.1

People in the provinces of Guizhou, Guangxi, and Sichuan in the mountains of south central China have historically used jiaogulan, which they called xiancao, in place of green tea. A 1970s census in China showed a high percentage of centenarians, with low incidences of diseases that usually afflict the aging, in these regions. This led to research on jiaogulan’s possible antiaging properties. In 1972, The Research Group of Combined Traditional Chinese-Western Medicine of Qu Jing did the first study evaluating the therapeutic effects of the herb on 537 cases of chronic tracheo-bronchitis. To date, over 300 scientific papers have been published, and Gynostemma pentaphyllum has been included in the Dictionary of Chinese Materia Medica. The TCM qualities of jiaogulan are described as sweet, slightly bitter, neutral, warm, enhancing “yin” and supporting “yang,” and would be used to increase resistance to infection and to reduce inflammation.1

The Japanese have also had an interest in Gynostemma pentaphyllum, which they call amachazuru. This interest began when the Japanese government called for research on plants that could be used as substitutes for sugar. Amachazuru was investigated because of its sweet taste (Amacha = sweet, cha = tea, guru = vine). In 1977-78, Dr Masahiro Nagai initially discovered the saponins similar to those in ginseng, which were named gypenosides. Over the next 10 years, another Japanese researcher, Dr Takemoto, along with his research group, identified 82 saponins in Amachazuru. Since then, 174 different gypenosides, 9 of whcich are also found in Panax, have been identified in Gynostemma pentaphyllum. 1

Actions of the Herb of Immortality

With so many saponins present in jiaogulan, adaptogenic action is its primary application. According to Selye, Brekhman, and the Eclectics, adaptogens have three characteristics:2

Increasing non-specific resistance to stress, the hallmark action of adaptogenic herbs, seems quite important, perhaps especially in this time in history. More than ever, it seems people are pulled in many different directions, juggling multiple tasks simultaneously, and trying to balance life on the physical, mental, emotional, and spiritual levels. Food is obtained and eaten faster, sleep is more disturbed, and time to be in nature, to relax, and to reset keeps getting put on the back burner. Environmental pollutants may add to the load of stressors in the body. Adaptogenic herbs, Gynostemma pentaphyllum among them, are not a substitute for lifestyle choices that can diminish stress, but they may help lessen the impact of stress.

Endogenous antioxidants are as critical to quelling free radical activity than those found in foods or taken as supplements. These include enzymes needed for redox reactions, including superoxide dismutase (SOD), glutathione peroxidase (Gpx), and catalase (CAT). In addition, alpha lipoid acid (ALA), coenzyme Q10, selenium, copper, magnesium, carnitine, and vitamins B1 and B2 are needed as cofactors for these reactions.3 In a study done in China, 51 patients were given a panglycoside extract of Gynostemma pentaphyllum, 60 mg TID for 2 months, and the control group of 40 patients were given placebo. The treatment group showed increased erythrocyte SOD levels, decreased lipid peroxidase levels, and increased memory quotient compared to placebo.4 The antioxidant activity of jiaogulan may potentially protect tissues against oxidative damage, lessen development of chronic disease, slow aging, contribute to enhanced memory and learning, and help rejuvenate all body systems, increasing overall energy.

Gynostemma pentaphyllum extract and its component gypenoside XLIX have demonstrated an ability to modulate inflammation through inhibition of NF Kappa B.5 This anti-inflammatory activity may protect organ systems in the body, including the digestive, urinary, reproductive, and nervous systems.

Gynostemma pentaphyllum has been shown to have NO-regulatory activity, increasing and decreasing production as needed.6,7 Nitric oxide (NO) regulation is important in all body system functions. If too high or too low, it can be a significant contributor to disease. In the cardiovascular (CV) system in particular, NO has been identified as a signaling molecule. Statin drugs appear to play a role in increasing nitric oxide synthase activity, which may be helpful in managing oxidative damage and inflammatory activity in CV disease.8 Jianogulan’s NO-regulating effects may lead to:

Jiaogulan’s Impact in the Body

When looking at the use of Gynostemma pentaphyllum in liver support, 2 articles have reported positive effects in chronic Hepatitis B.11,12 Another study included 56 subjects diagnosed with non-alcoholic fatty liver disease (NAFLD) who received a controlled diet for 2 months. They were then randomized to receive 80 ml QD of Gynostemma pentaphyllum (GP) extract for 4 months, or placebo. Although measures of metabolism improved in both groups after the 2 month controlled diet, significantly greater decreases in body-mass index (BMI), AST, insulin, and insulin resistance index were seen in the treatment group compared with the placebo group after 6 months.13

Naturopathic and homeopathic medicines have excellent resources when kidney function has been compromised. One protocol which which I have seen good resultls is the combination of homeopathic kidney sarcode along with tincture of Parietaria diffusa, pellitory of the wall. Used over a period of 3-6 months, it appears to repair the glomerular apparatus and increase glomerular filtration. Gynostemma pentaphyllum may be a good addition to such a protocol, since it has been shown to increase renal function in 3 studies from China.14,15,16

Gynostemma pentaphyllum has been found to support the reproductive system. Because it has been shown to increase nitric oxide levels, it may help improve penile erection,17 increase sperm production and motility, and protect sperm from oxidative damage in men, and may enhance ovarian function and egg development, and help to prepare the body for pregnancy and childbirth in women.18

Neurodegenerative diseases may be related to life stressors, as well as toxins in the environment. The deeper reactional mode or diathesis is where disease seem to be expressed more and more. Anxiety and depression are showing up in many patients. The diagnosis of MS, sometimes interwoven with or mistaken as Lyme disease or chronic inflammatory response syndrome (CIRS), is being untangled. A large number of patients express Parkinson’s disease, ALS, and Huntington’s disease, as well as the overwhelming challenge of Alzheimers dementia. Treatment of the disease expressions that are deep in the nervous system require complex therapeutic approaches. Nitric oxide regulation seems to be an important factor and antioxidant foods and antioxidant-inducing herbs are likely to have a role in treatment.19,20 Gynostemma pentaphyllum has potential in both prevention and treatment due to its ability to regulate NO and enhance antioxidant activity.

The management of diabetes mellitus is supported in several outcome indices in subjects treated with Gynostemma pentaphyllum. One study followed 24 patients for 12 weeks. Along with diet and exercise guidance, the subjects were randomized into two groups: one was given jiaogulan tea made with 6 grams QD; the other was given placebo. The jiaogulan group showed significant decreases in serum glucose, HbA1c, and insulin resistance, compared with the placebo group.21 A second study in 2012 looked at 25 patients taking the pharmaceutical, gliclazide, 30 mg QD for 4 weeks. They were then assigned to receive either 6 grams of jiaogulan extract QD or placebo. The jiaogulan extract group had improvements in fasting plasma glucose, HbA1c, and oral glucose tolerance test outcomes compared to the placebo group.22

There are several additional applications for Gynostemma pentaphyllum. Like other adaptogens, it may be used to increase endurance and stamina. It may also help in re-establishing homeostasis at high altitudes.23 There is some evidence that Gynostemma pentaphyllum may be useful in a variety of cancers.24 Jiaogulan has also been studied for obesity and weight loss. In a 12-week randomized, double-blind, placebo-controlled trial with 80 participants, the use of jiaogulan extract was associated with weight loss and reductions in fat mass and waist circumference.25 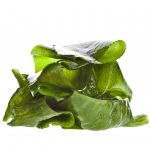 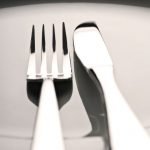