Traditional therapies supported by literature and research that propose potential mechanisms of action and quantify effectiveness are steadily gaining acceptance in mainstream medical practice. In addition to increased acceptance among the conventional medical community and the general public, naturopathic doctors are increasingly using evidence-based modalities. Conversely, it is possible that modalities that are not supported by scientific evidence are less frequently used by naturopathic doctors and will be less frequently used by newer physicians who do not have the clinical experience to support the effectiveness of these modalities. Within the realm of under-researched modalities is hydrotherapy, in particular constitutional hydrotherapy. Unfortunately, there have not been studies published on constitutional hydrotherapy during the past 50 years. Although evidence-based treatments are necessary for standardized care, it seems that the lack of evidence can at times perpetuate a downward spiral of insufficient evidence, resulting in further disuse of effective therapies. In light of this, members of the profession should be encouraged to publish the outcomes of such modalities. The following case report demonstrates the effectiveness of both constitutional hydrotherapy and homeopathy,
2 modalities that seem to have been deemphasized over time by mainstream and naturopathic medicine.

This case was an unusual presentation of a young woman experiencing quite ominous symptoms of chronic fatigue, decreased immune function, and inability to gain weight, but without a clear diagnosis despite laboratory investigations. In addition, other than increased social and emotional stressors, there was no clear event preceding the onset of symptoms.

Naturopathic treatments for fatigue, decreased immune status and gastrointestinal dysfunction commonly include botanical tinctures and supplements, which are supported by scientific research. However, because this patient preferred to avoid all types of medications, even natural forms, constitutional hydrotherapy, homeopathy, and clinical nutrition were used to address these concerns.

Constitutional hydrotherapy consists of alternating hot and cold compresses and electrical stimulation using a sine wave machine applied to the anterior and posterior thorax. The intensity of the sine wave is increased to patient tolerance so that the stimulation is strong but not overly uncomfortable or painful.

The application of hot and cold is believed to increase circulation and white blood cell count, which optimizes immune function.1,2 What made Dr Carroll’s constitutional hydrotherapy unique from other forms of water-cure is the added electrical stimulation with the sine wave machine to enhance detoxification. The sine wave promotes the elimination of toxins through sympathetic nervous stimulation to the abdominal organs (ie, liver, pancreas, stomach), increased peristalsis, and through stimulation of muscle contractions, which in turn increases metabolism and circulation.

A 24-year-old female of Chinese-Vietnamese decent, living in the Toronto area, presented with frequent upper respiratory tract infections, fatigue, low weight and inability to gain weight, esophageal spasm, and dyspepsia. The onset of symptoms began at approximately 18 years of age and continued without amelioration. The upper respiratory tract infections presented with either nasal congestion, sore throat, and catarrh, or a rapid onset of fever and headache. During illness, the patient reported palpable and tender lymph nodes in the cervical chain. The fever and headaches were generally better within 24 hours following rest; however, it could take several days to recover from a cold.

The fatigue presented chronically, with the patient reporting feeling dizzy and faint and waking unrefreshed after adequate sleep. The patient also reported feeling nauseous and tired several days after going out in the evening and drinking 1-3 alcoholic beverages.

The esophageal spasm presented with sharp pain in the sternum and during an episode would affect the patient’s ability to breathe and swallow. Medical investigation of these worrisome symptoms was unremarkable. The GERD medication prescribed by the medical doctor, aluminum/magnesium trisilicate, did not ameliorate her symptoms. Her sharp sternal pain was alleviated by sleep; eating more slowly and chewing food more thoroughly decreased the frequency of her symptoms. The patient’s dyspepsia presented with gas, bloating, daily stomach pain, and alternating constipation and diarrhea.

The patient also presented with a BMI of 17.2 (underweight, mild thinness) and inability to gain weight, likely related to her esophageal spasm, dyspepsia, decreased appetite, and emotional stressors.

There was no relevant medical history, and all findings on the physical exam were within normal limits. Laboratory tests performed 1 year prior to treatment demonstrated depleted iron stores (Ferritin: 15 µg/L).

After the initial visit, the patient had 1 serving of rice and pea protein powder daily, containing 31 g of protein and additional nutrients. A dose of 40 mg/day of carbonyl iron was recommended to address depleted stores, which can negatively impact energy and immune function. To further improve her immune function and prevent vitamin D deficiency (endemic in North America), 5000 IU/day of vitamin D (cholecalciferol) were prescribed for 3 months.

In the following visit 1 week later, dietary handouts outlining calorie and nutrient-dense foods were given to aid in healthy weight gain and optimal immune function.

At this time, the patient’s concerns were focused around mood, as she reported variable variable moods with excessive tearfulness, a vulnerability to weather changes, especially rain, in which she felt trapped and the desire to open a window for fresh air. In taking her constitutional homeopathic case, this was a clear Pulsatilla remedy. A constitutional homeopathic remedy is chosen to stimulate the patient’s vital force (the vis), based on the homeopathic principle of like cures like. Although the patient was skeptical about homeopathy as a modality, she agreed to
3 pellets of Pulsatilla 30C taken once before bedtime. The patient also agreed to be blinded to limit the effect of placebo.

At a follow-up visit, where we assessed her response to the homeopathic remedy, coinciding with the fifth hydrotherapy treatment, the patient reported a significant improvement and stabilization of mood and resilience to stressful situations. She also reported an improvement in sleep quality, quantity, and consistency, as well as waking feeling rested and having increased energy levels. By the final visit and sixth hydrotherapy treatment, the patient reported that the homeopathic remedy had resulted in substantial improvements in her overall constitution. She reported feeling peaceful and productive on rainy days that previously caused overwhelming anxious sensations. Interestingly, after taking the homeopathic wind flower remedy, Pulsatilla, the patient reported feeling as though she had been breathing in copious amounts of fresh air and was no longer searching for that window to open.4 She reported feeling social, positive, and having good energy, which was unaffected by going out in the evenings or drinking alcohol. At this final treatment the patient concluded no colds or flus for 6 weeks; no stomach pain or indigestion; improved sleep quality and consistency; improved energy, even with decreased sleep; an increase in weight from 97 lbs to 100 lbs; and a sense of overall resilience and balance.

This case report demonstrates the clinical effectiveness of constitutional hydrotherapy and homeopathy. The ameliorations documented in this case suggest that constitutional hydrotherapy effectively improves immune status, energy levels, digestion, and bowel function, as reported by Dr Carroll. This case also suggests that homeopathy can effectively improve one’s physical and emotional well-being, as this patient experienced significant improvements in energy, sleep, resilience to stressors, mood, and overall well-being after taking her constitutional remedy. We feel that the constitutional homeopathic remedy affected the patient independently from hydrotherapy, as the changes noted were specific to the remedy as outlined in the Concordant Materia Medica by Frans Vermeulen.4 Furthermore, effects of placebo are unlikely, as the patient was blinded and therefore unable to predict such characteristic changes. Furthermore, the impressive ameliorations documented here could possibly suggest a synergistic and/or cumulative effectiveness of using physical and energetic medicines in combination to treat the whole person.

As evidence-based medicine continues to dominate the medical field, it is essential that research on the effectiveness and safety of constitutional hydrotherapy and homeopathy guide the judicious use of these powerful traditional modalities. Without continued research evidence, it is foreseeable that these traditional therapies could become increasingly marginalized, at the loss of the naturopathic profession and our patients.

Before seeking naturopathic intervention, my ill health had become a burden to my quality of life and I suffered from an unstable emotional state. I had sought out various counseling therapies; however, sessions were unsuccessful and condescending. Although I was skeptical about hydrotherapy and homeopathy, I decided to follow through with treatments, as I was desperate to regain my health.

It has been more than 3 months since my last treatment and my immune system has remained resilient, as I have only fallen ill once. Since taking the homeopathic constitutional remedy, I finally feel grounded emotionally and mentally, and I am able to work through stress and anxiety and engage in self-growth.

My combined experience of hydrotherapy and homeopathy has been eye-opening. I have my life back; I am thoroughly living my life; and I am genuinely happy. For all that, I am forever empowered and forever grateful.

Maria Shapoval inspired the completion of this case report to increase awareness of the effectiveness of these traditional modalities, and also assisted in editing. Teresa Tsui and Beata Skorka contributed in the writing and editing of this manuscript. Angelica Kada treated the individual in this case report and was the main author of the manuscript.

Luc Laframbroise (colleague) and Beata Skorka aided in constitutional hydrotherapy treatments and contributed to a safe healing space during patient visits. Their kind presence and help was greatly appreciated by both Angelica Kada and the patient.

Angelica Kada, HBKin, BN, is a recent graduate of the Canadian College of Naturopathic Medicine. She has a special interest in global health, and in her final year she completed an externship with Natural Doctors International in Nicaragua. She is also a certified doula and hopes to focus on maternal care in her future practice.

Teresa Tsui, MSc, ND, is a clinician, educator and researcher. She manages the IN-CAM Research Network at the Leslie Dan Faculty of Pharmacy, University of Toronto. At Canadian College of Naturopathic Medicine, she is a clinic supervisor and academic instructor. In her private practice, she works with families to treat and prevent chronic disease. She has a special interest in both pain management and women’s health.

Maria Shapoval, HBSc, ND, graduated from the University of Toronto with an Honors Bachelor of Science after majoring in physiology and psychology. She received her Doctorate in naturopathic medicine from the Canadian College of Naturopathic Medicine (CCNM), and went on to complete the 2-year accredited Research Residency program at CCNM. Dr Shapoval has published on the topics of neurodegeneration, cognitive decline, and endocrine health, and is on the peer-review board of the Integrated Healthcare Practitioner magazine. She is part of the academic faculty at CCNM, where she is involved in clinical medicine, primary care, and physiology courses.

Beata Skorka, HBKin, BN, is a recent graduate of the Canadian College of Naturopathic Medicine. Prior to her medical studies, she attended McMaster University, earning her Honors Bachelor of Kinesiology, with a minor in psychology. She is trained and certified in facial rejuvenation acupuncture and as a naturopathic doula. 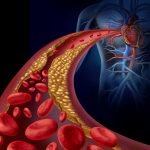 Dietary Management of Dyslipidemia: A Review of Evidence-Based StrategiesCardiopulmonary Medicine 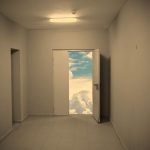 Power vs Force in DetoxificationCardiopulmonary Medicine