An individual’s blood type has a considerable influence on many aspects of health, including digestion of food, stress response, immunity, and, importantly, cardiovascular health. According to the World Health Organization, cardiovascular disease (CVD) is the #1 cause of death globally, affecting more than 17.7 million people.1 Cardiovascular diseases include any number of disorders that affect the heart and blood vessels, including coronary artery disease, myocardial infarction, and peripheral arterial disease. Although the health of the cardiovascular system is influenced by various factors such as stress, physical activity, and nutrition, an important component commonly overlooked is the genetics of blood type. The molecules that define the blood groups A, B, AB, and O are ABH antigens, found on red blood cells. These ABH antigens are the enzymatic reaction products of glycosyltransferases. Polymorphisms of the glycoprotein structure of red blood cell surfaces, which affect the activity of glycosyltransferases, are what gives rise to the ABO system.2 Each individual blood type can contribute different risk factors for CVD. Blood type has been shown to directly affect blood viscosity, which can influence the efficiency of blood circulation. It can also affect the attachment of white blood cells to blood vessel walls, leading to inflammation and, consequently, arterial damage.3

Those with Blood Type A have an increased risk of CVD. These individuals statistically have higher rates of myocardial infarction than any other blood type.4 One of the biggest contributors to CVD risk in a Blood Type A individual is elevated cholesterol. This is due to decreased levels of intestinal alkaline phosphatase (IAP),3 an enzyme which is produced in the small intestine and is responsible for the breakdown of cholesterol and long-chain fatty acids. In addition, Blood Type A individuals have high levels of clotting Factor VIII (aka Von Willebrand factor, or vWF),3 which greatly increases blood viscosity and susceptibility to coronary artery disease via its role in platelet aggregation. In essence, Blood Type As tend to develop blood clots easily (hypercoagulability).

In addition, arterial inflammation is a concern for Blood Type As, due to elevated E-selectins (binding sites), which allow white blood cells to bind to blood vessel walls and thus migrate into tissues. This can initiate an endothelial inflammatory response, concomitant with even minor elevations in cholesterol and Factor VIII (vWF).3 When serious blood vessel damage occurs, the number of platelets rise, increasing the risk of clotting, calcification, and constriction of the lumen. As a result, coronary artery disease and arteriosclerosis can develop.

One large-scale genomic study displayed the central role of ABO in selectin levels, particularly P-selectins, which are similar to E-selectins but which function as cell adhesion molecules on endothelial cell surfaces and platelets. P-selectins have a crucial role in platelet aggregation,5 in that increased levels of P-selectins are associated with atherosclerosis, thrombosis, and other cardiovascular events. Of the 4115 participants in the P-selectin studies, Blood Type A was most associated with high platelet-bound P-selectin levels, as compared to other ABO groups. The conclusion drawn from the study was that “ABO blood groups may influence cleavage of the P-selectin protein from the cell surface (or clearance from the circulation), rather than its production and cellular presentation [like in Blood Group A individuals].”6

Blood Type A individuals also have heightened levels of the stress hormone, cortisol.3 This has adverse effects on health because cortisol is strongly associated with hypertension, insulin resistance, obesity, and heart disease. Psychological stress is reported to be one of the strongest risk factors for recurrent heart attacks in patients, thus putting Blood Type A individuals at increased risk.

Blood Type B individuals tend to have fewer risk factors for developing CVD compared to other blood groups. However, there are still various factors of which Type Bs should be cognizant. One factor is the inability to efficiently regulate nitric oxide in the body.3 Nitric oxide is an endothelium-dependent relaxing factor that is released by the vascular endothelium and is responsible for vasodilation.11 It also has other effects, including elevating cGMP levels and inhibiting platelet aggregation. Another contributing factor to heart disease in Type Bs is high levels of homocysteine, which can be a blood vessel irritant; this can lead to elevated oxidized LDL-cholesterol and blocked arteries. However, similar to Blood Type Os, people with Blood Type B have high IAP and decreased clotting factors, which puts them at a lower risk for developing blood clots and arteriosclerosis.3

Individuals with the AB blood type have aspects of both Blood Types A and B, which gives them more of a mixed profile in regards to cardiovascular health. Similar to Blood Type As, ABs have an increased susceptibility to high cholesterol levels due to lower levels of IAP. ABs also have more clotting factors and higher levels of E-selectin binding sites, which can increase platelet aggregation, leading to clots and blood vessel damage. Like Blood Type Bs, ABs tend to have ineffective nitric oxide regulation, which can result in vasoconstriction.3 Overall, AB blood types are considered to be in the higher-risk category for developing CVD.12 In 2 prospective cohort studies of ABO blood type and its relation to coronary heart disease, the data revealed that men and women with Blood Type AB had a higher incidence of coronary heart disease compared to any other blood type.13

It has been shown that there is about a 5-23% increased risk of coronary heart disease for individuals with Non-O blood type compared with those with Type O blood.14 In a study of 1.5 million blood donors in Scandinavia, statistical data analysis of a blood donor database was performed to identify the incidence and recurrence of thromboembolic events in patients. The data revealed that over 30% of venous thromboembolic and other cardiovascular events were associated with Non-O blood groups.15 Further supporting the evidence that ABO blood groups have a profound effect on cardiovascular health, retrospective analysis found that, compared with Blood Type O individuals, acute myocardial infarctions occurred more frequently in individuals with Blood Groups A, B and AB; this was especially so for A and B.16 A review that drew the same conclusion attributed this difference to the glycoproteins and glycosphingolipids on the surface of platelets that express ABH antigenicity.14 The hypothesis is that modification of these glycans can affect platelet function and lead to thrombosis, which is apparent in Non-O blood types.

As discussed, the biological significance of ABO Blood Type in CVD is quite strong, with A and AB phenotypes have the highest risk of heart disease, and O phenotypes having the lowest risk.12 Factors influencing the extent of coagulability in the blood include intestinal alkaline phosphatase and Von Willebrand factor. IAP aids in the breakdown of fats, whereas vWF plays a role in platelet aggregation. Other contributing factors to CVD include soluble endothelial cell markers called selectins (eg, E-selectins and P-selections), which are cell-cell vascular adhesion molecules.

Blood Type As are at increased risk of developing CVD due to low IAP levels, high vWF, elevated selectins, and increased cortisol. In contrast, Blood Type Os have the lowest risk for CVD as a result of protective mechanisms such as high IAP and HCl levels, and low vWF. Those with Blood Type B have less risk for CVD than Blood Type As, though may still have risk factors such as elevated LDL-cholesterol, high IAP, high homocysteine, and inability to regulate nitric oxide. Type AB has both aspects of Blood Types A and B. Nonetheless, Blood Type ABs are more susceptible to CVD than are Type Os, due to low levels of IAP, higher clotting factors (vWF), and high selectins. 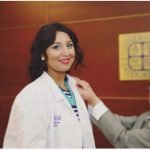 Far Rahman is currently a 3rd-year student at the University of Bridgeport College of Naturopathic Medicine (UBCNM). She is pursuing her Masters in Nutrition in addition to her ND degree. Far’s medical passions lie in endocrinology, oncology, and generative medicine. At UBCNM, she received a Pathfinder Scholarship to conduct research with Dr Peter J. D’Adamo. She is currently focusing on the development of bioinformatics programs/algorithms to determine complex microbiota phenotypes. Far has served as Chapter President of the Naturopathic Medical Student Association in the past year and is presently authoring a chapter in the Foundations of Naturopathic Medicine Textbook. 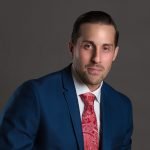 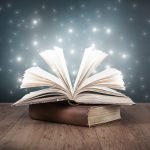 Medical Resources for NDs: A Review of Current Publications for the Naturopathic IndustryBook Reviews, Cardiopulmonary Medicine 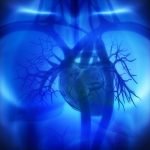