Motherwort: For the Heart and Beyond 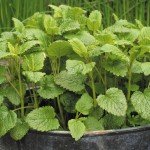 Motherwort (Leonurus cardiaca) is an herb known to most NDs. Its use as a female reproductive tract support (the “mother” side of motherwort) has become predominant, but its importance for the cardiovascular system should not be forgotten (the “cardiaca” side).

Motherwort is native to the Mediterranean region. It is a fairly classic member of the Lamiaceae family morphologically speaking (with square stems, opposite leaves, bilabiate flowers, verticil inflorescence and four nutlets for fruits), though it does not have a strong aroma, unlike other mints. It tastes moderately bitter, attesting to the presence of alkaloids such as leonurine, and bitter terpenoid glycosides. The fresh flowering tops are used as medicine. Dried flowering tops can also be used, but are generally less active medicinally.

Eclectic physician Harvey Wickes Felter described motherwort as a “simple emmenagogue and antispasmodic, evidently having considerable control over the nervous system” (Felter, 1922). In fact, it may be this nervine aspect of the herb that explains its major benefit for the cardiovascular system, which is to alleviate functional arrhythmias, particularly those due to autonomic imbalance (Weiss, 1985).

The use of motherwort as a general calmative or nervine is recognized in traditional western herbal medicine. Whether this fully explains its effects on the heart and arrhythmias is unknown. Comparison with a close relative, which also has a rich history of traditional use, provides evidence that motherwort does indeed have direct cardiovascular effects.

In China, a close cousin of motherwort, Leonurus heterophyllus, is commonly used. In an amazing example of cross-cultural similarity, this herb is known as yi mu cao in Mandarin, which translates as “benefit the mother.” This herb is said to invigorate blood and regulate the menses in traditional Chinese medicine.

Both motherwort and yi mu cao contain leonurine and other similar alkaloids. Leonurine has been found to induce endothelium-independent vasorelaxation in isolated rat aortas (Chen and Kwan, 2001). Leonurine was shown to act in part as a calcium channel blocker in this study. This might also explain how motherwort can act as a mild digestive calmative. Yi mu cao has also been shown to have an inhibitory effect on isolated rabbit heart (Kong et al., 1974).

Platelet-activating, factor-inhibiting diterpenoids have been identified in yi mu cao (Lee et al., 1991). The presence of these compounds suggests not only that various species of Leonurus might protect against excessive clotting, but also that they have some degree of inflammation modulating properties. This remains to be further explored.

Motherwort is very helpful at relieving menopausal palpitations and hot flashes. It is also an emmenagogue, helping stimulate menses if they are delayed or late. It and yi mu cao are also repeatedly mentioned in traditional sources for inhibiting lochia.

Motherwort is commonly used in patients with hyperthyroidism to help control tachyarrhythmias. It is not clear if motherwort has any direct thyrosuppressive activity. Many other Lamiaceae family plants contain thyrosuppressive compounds, notably Melissa officinalis (lemonbalm) (Auf’mkolk et al., 1984).

One study of the diterpenoid prehispanolone from yi mu cao found that it was synergistically stimulating T lymphocyte activation in combination with the lectin ConA, but not when administered in isolation (Xu et al., 1992). This suggests an interesting potential to combine Leonurus species with immunomodulating herbs to enhance their effects.

Two studies found that motherwort and yi mu cao have anticancer activity (Chinwala et al., 2003; Nagasawa et al., 1990). The effects seem to be due to direct activity of herbal compounds on cancer cells, inducing apoptosis. The study with motherwort actually showed it could inhibit some breast cancers from forming in mice, though it actually seemed to exacerbate tumors induced by pregnancy. The meaning of this clinically is unknown.

Motherwort and yi mu cao are gentle herbs; thus, fairly high doses are necessary to see immediate effects. Otherwise, chronic dosing is needed, along with plenty of time to assess efficacy. For milder problems, 5-10g of the herb one to three times per day is sufficient, either in tea or capsules. For severe problems, up to 120g of yi mu cao has been recommended in traditional Chinese medicine. A more typical tincture (1:3, 50%-60% ethanol) or glycerite dose is 3-5ml three times per day. Higher doses of this may also be necessary for more serious arrhythmias or menopausal symptoms.

Generally speaking, motherwort is extremely safe. It is not recommended for use during pregnancy, due to its emmenagogue effects. There are no documented herb-drug interactions.

Eric Yarnell, ND, RH(AHG) is a graduate of Bastyr University. He completed a two-year residency with Silena Heron, ND, and served as chair of botanical medicine at the Southwest College of Naturopathic Medicine. He is past senior editor of the Journal of Naturopathic Medicine. Yarnell is a founding member and current president of the Botanical Medicine Academy and author of numerous textbooks and articles, including Naturopathic Urology and Men’s Health, Naturopathic Gastroenterology and Clinical Botanical Medicine. His area of clinical focus is urology and men’s health. He is assistant professor in botanical medicine at Bastyr University. 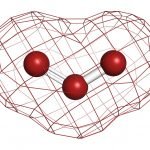