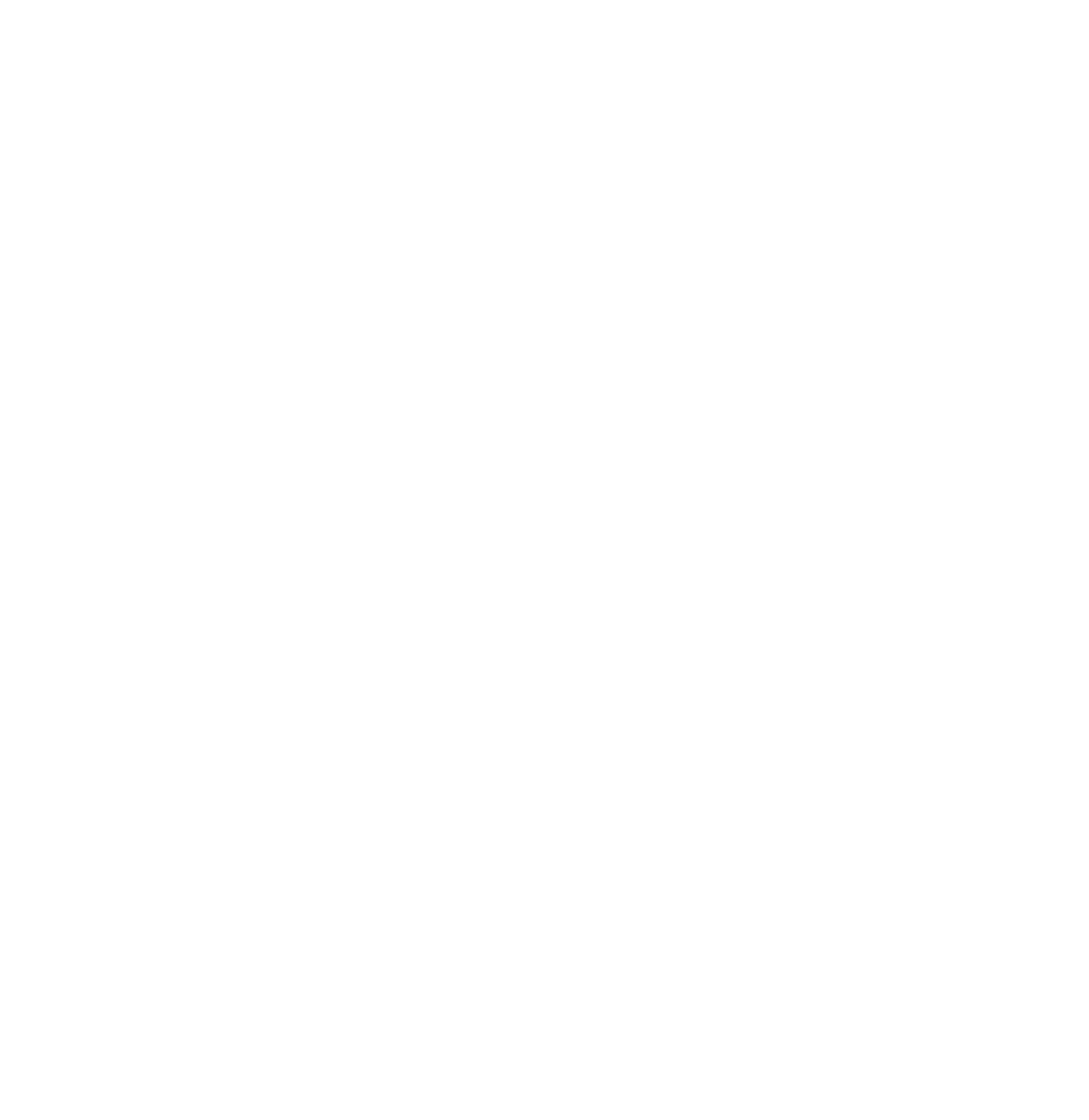 Health promotion and disease prevention (not just disease management) are our top priorities as the new doctors of the future. We have a whole compendium of knowledge assembled in the last century in our medical journals that confirms it is easier to study the black-and-white structure of disease vs. the intricacies of wellness/health.

I recently returned from the Malta Polyphenol Symposium in Europe with some good news. There is a new paradigm there centered on prevention. And it is coming through the food system. European consumers are adamant about getting their nutrients from food, thereby preventing disease. Large research grants are being awarded by companies for food research. Contrast that to the U.S., where faster is better; thus, supplementation takes priority over food. As NDs, we are just starting to be appreciated as harbingers of a promising future where health and prevention takes precedence. It is being done at ground zero by encouraging patients to eat more live plant, whole foods.

Enter the world of polyphenols.

Phenolics are divided into two groups: simple phenolics and polyphenols. Polyphenols are secondary plant metabolites, a well-known subgroup of which is flavonoids. They are well known for their interventions in preventing ischemic heart disease including lower myocardial infarcts and strokes. They have a more complex impact than just one medicine can elicit by increasing the nitrous oxide to cause vasodilation/lowering blood pressure, increasing inflammation, decreasing LDL oxidation via anti-radical effects and increasing HDL. There are many studies on three-plus cups of green tea per day decreasing platelet aggregation, cholesterol and CRP levels. I just returned from the Malta Polyphenol conference and it was surprising to see that the U.K. and France consume substantially more flavonoids than we do in the U.S. Why are we not consuming more polyphenols/flavonoids in the West?

It is the polyphenols in food that give us a new appreciation for using “food as pharmacy” (Frank Aversano, ND first pioneered that phrase). Polyphenols, or plant pigments, are the umbrella over the well-known groups of various flavonoids. It is estimated that we consume approximately 1g of polyphenols per day; we get 270mg from fruits/vegetables and the rest from tea, wine and cereals. Those such as resveratrol, anthocyanins, catechins and quercetin are believed to help the body’s cells resist damage by free radicals. However, processing from sterilization, heating and even wrapping in plastic can be damaging to polyphenols.

In order to follow this fast-developing and exciting field of flavonoids, attending the in vitro scientific forums worldwide is essential. Annually I attend the International Berry Symposium at Oregon State Food Sciences, where scientists first piqued my interest in this field. Most recently, the Malta Polyphenol Symposium in Europe provided an overview of the great progress in polyphenol research occurring. The work of the French scientists with resveratrol is particularly impressive.

They are now referring to resveratrol as the “fountain of youth” molecule that can reverse aging. One French research group has already identified strawberries as the fruits with the highest total polyphenol count, followed by lichee berries, grapes, apricots and apples. Among vegetables, artichokes have the highest count, with parsley, Brussels sprouts, shallots and broccoli all high in total polyphenols. In vitro research presented at the scientific symposiums can many times give us more insight into what is going on in our clinical observations. They paint a promising picture for the future use of flavonoids in improving cardiovascular health. They also show us there is a need to improve analytical techniques to collect more data on intestinal absorption and conjugation, as well as distribution of the different flavonoid conjugates in organs, which is as important as their half-lives.

Past epidemiological studies “suggested” a possible protective effect of flavonoids against cardiovascular diseases, now being validated with sound clinical research. Flavonoids have been largely associated with enzyme inhibition and anti-proliferative activity. An early study in The Lancet on the anomaly of the “French paradox” (apparent compatibility of a high fat diet with a low incidence of coronary atherosclerosis) reported the inhibition of oxidation of human low-density lipoprotein by phenolic substances in red wine (Frankel et al., 1993), but we could not connect all the dots. In their 1995 study, Hertog and co-workers concluded that the flavonoids in regularly consumed foods might contribute to the reduced risk of death from coronary heart disease in elderly men in Europe. Furthermore, a Japanese study reported an inverse correlation between flavonoid intake and total plasma cholesterol concentration.

Meanwhile, good instincts and astute clinical observations pushed NDs such as Bill Mitchell ahead of the research. When I preceptored with Dr. Mitchell at his Queen Anne practice, his standard of care for any type of cardiovascular issue – including hypertension, angina and hyperlipidemia – was always flavonoids.

Flavonoids have received much attention in the literature in the last 10 years, and a variety of potential beneficial effects have been elucidated. There has been a growing body of in vivo studies to confirm Dr. Mitchell’s foresight regarding flavonoid efficacy in cardiovascular applications. One of the most noteworthy was the 16-year followup cohort study on 34,489 postmenopausal women published in March 2007 in the American Journal of Clinical Nutrition, which reported that a high intake of several classes of flavonoids reduced the risk of mortality from cardiovascular disease (CVD), coronary heart disease (CHD) and stroke by between 10% and 22%. After adjusting for potentially confounding factors such as age, energy intake, smoking and physical activity with the highest vs. lowest intake of flavanones (93.7mg vs. 7.6mg per day), there was still a significant reduction in total mortality. Researchers also reported that intake of apples, pears and red wine (note the resveratrol) was associated with lower CHD and CVD mortalities, while grapefruit intake was linked to lowered CHD mortality. Interestingly, no significant benefits for cardiovascular health were observed for tea consumption, a flavonoid-rich beverage previously seen to have benefits.

What we don’t know: In vivo studies on flavonoids are complicated by the heterogeneity of the different flavonoid molecular structures (4,000 flavonoids divided into 14 classes to date, and growing). One of the most consumed of the major flavonoids, quercetin (found in onions, apples, broccoli and berries), has abundant research. But we may be operating under the wrong hypothesis regarding limited absorption of quercetin. Understanding the absorbability of flavonoids is key. Naturally occurring flavonoids such as quercetin exist predominantly in glycosylated form rather than in their aglycone or natural form. Formulations are made with the chalcone form, thinking this is better absorbed. Researchers are now challenging the prior notion that in order to be readily absorbed flavonoids must appear in the aglycone or natural form. As an example, catechin from green tea, which is not glycosylated in nature, is still efficiently absorbed. European scientists continue to do good research on the illusive downstream metabolites of flavonoids, which may shed more light on increased absorbability.

New approaches to the mechanism of actions must be updated to include three areas: in vivo effects, effects of the downstream metabolites and gene expression. The patient‘s predisposing factors enter into the picture, such as different antioxidant status controlling the outcome of gene expression. Shifting the redox status of the cell is more complex than just taking antioxidants. Part of the redox status of the cell should include gene expression; that is, the downstream metabolite expressed in the cell is different in the blood, and is different in the stomach. You may ingest 1g of polyphenols, but they do not show up in the blood as 1g. Where have they gone? Key principles in vascular health include pharmacokinetics and nanotechnology; that is, how sensitive someone is to a food component. Different gene variants are affected by polyphenols; apolipoprotein A, apolipoprotein A-I, cholesteryl ester transfer protein (CETP), apolipoprotein B, etc., will affect an individual’s response to dietary fat, soluble fiber, EtOH and exercise. Diet, lifestyle and environment act on the genes to determine outcome/impact, and the one-size-fits-all (i.e., statin drug) prototype may actually be harmful to individuals with particular genotypes. Oxidative stress status will determine glycation and glycation end products. Also, gene variants that determine inflammation, such as the IL1 family, IL6 and TNF, produce cytokines, eicosanoids, free radicals, lipid peroxides, etc. Folate and B vitamin metabolism and flavonoid-rich food supplements are key mechanisms in determining the inflammation status affecting LDL oxidation, homocysteine, hypertension and so forth. Detoxification status is a critical variable in this formula. Also, the patient’s gastrointestinal integrity will upmodulate or downplay enzymatic activity via proteases and lipases, either liberating or inducing the production of cholesterol.

Berry anthocyanins act as a novel cardioprotectant by maintaining vascular permeability and reducing inflammatory responses and platelet aggregation, and offer superior vascular protection as compared to other cardioprotective drugs. Hypertension, atherosclerosis and arteriosclerosis can reduce the flexibility of arterial walls, which contributes to poor blood flow and plaque formation.

Polyphenols are multifaceted agents; the complex metabolic transformation of polyphenols that occurs during absorption in the human body has not been well understood. However, a worldwide search for labs and medical centers on the cutting edge of flavonoid research turned up some interesting information on the pharmacokinetics of flavonoids. Very recent studies are bringing new insight into the mechanisms by which polyphenols regulate vascular contraction in the human artery. Over the years, hundreds of rat aorta/guinea pig/chick embryo myocyte heart studies have been performed showing flavonoid efficacy. However, with the advent of stem cell engineering newer more humane studies from Canada employ the use of arterial tissue engineered vascular media (TEVM) in studies, which are cultured human smooth muscle cells from the umbilical artery. This interesting polyphenol study appeared in the Journal of Vascular Surgery October 2007 demonstrating the modulation of calcium-independent mechanisms in human arterial TEVM. Tissue treatments with red wine polyphenols showed a significant decrease in histamine-induced contraction, an effect associated with the inhibition of the Rho-associated protein kinase pathway and the decrease in alpha-smooth muscle actin expression. Anti-inflammatory efficacy was demonstrated in a lab in India, where the effect of Isoliquiritigenin (ILTG) – a flavonoid with chalcone structure and an active component present in plants like glycyrrhiza – inhibited TNF-a induced ROS production in endothelial cells. As antioxidants, polyphenols can scavenge and inhibit the production of free radicals such as superoxide and nitric oxide.

An Italian study showed the EGCG to stimulate production of nitric oxide from endothelium using PI 3 kinase-dependent pathways, which may explain in part the beneficial effects of EGCG therapy to simultaneously improve metabolic and cardiovascular pathophysiology in metabolic syndrome with hypertension, insulin resistance and obesity.

The future of health and preventive medicine lies in the Hippocratic wisdom regarding food as our best medicine. Continued research on polyphenols and cardiovascular disease may one day lead to a scientifically-based RDA for polyphenols.

Nita Bishop, ND is a recognized authority on the flavonoids in plants and berries. She co-developed the first B.S. degree in herbal medicine at Bastyr University and continues her research on flavonoids as adjunct research professor at SCNM. During the last 10 years she has studied medicinal plants on a global level, formulating new medicines, including utilizing the highest-testing flavonoids. Her articles have been published in NutriNEWS/Douglas labs, Naturopathic Digest, plus peer-reviewed herbal magazines. Dr. Bishop maintains practices at two clinics in Washington (NW Naturopathic Skin & Detox Specialists and Granite Falls Naturopathic).

Ronzio B: Polyphenols as anti-inflammatory agents, Journal of Naturopathic Medicine 44-49, 2000.

Benelli et al: Neutrophils as a key cellular target for angiostatin: implications for regulation of angiogenesis and inflammation, FASEB J 16:267, 2002.

Pishinger A: Matrix and matrix regulation: basis for a holistic theory in medicine. Brussels, 1975-1990, Haug International.

Fisher E: Reports on the effects of free radicals in the body, Antioxidants: Help or Harm? New York University School of Medicine.

Prior R: Standardized methods for the determination of antioxidant capacity and phenolics in foods and dietary supplements, Journal of Agricultural and Food Chemistry 53(6), April 19, 2005. 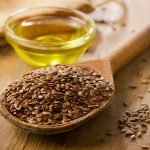 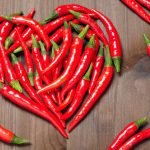