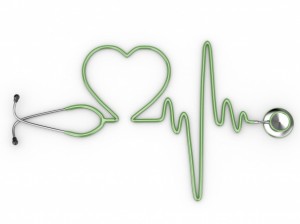 This article offers a succinct review of atrial fibrillation (AF). It also presents approaches to decrease the risk factors and to treat AF by nonpharmaceutical means.

Atrial fibrillation is caused by a malfunction in the heart’s electrical system and is the most common cardiac arrhythmia. By age 80 years, average lifetime risks for AF are 22.7% (range, 20.1%-24.1%) in men and 21.6% (range, 19.3%-22.7%) in women.1 Among individuals without prior or concurrent congestive heart failure or myocardial infarction who developed AF, the lifetime risk for AF was approximately 16%. Its incidence and prevalence increase with age and with the presence of structural heart disease. Pharmacotherapy for rate or rhythm control typically fails over time, so research interests are being centered on ablation procedures. Bleeding risks associated with anticoagulation are significant, so management of patients with AF needs to be individualized.2

Risk of developing AF increases with age, and this age-specific prevalence is higher among men than among women.3 Emerging evidence supports that lower androgen levels predict poor cardiovascular risk profile.4

The most common coronary issues associated with AF include valve problems, history of myocardial infarction, and heart surgery. Most AF is caused by ischemic heart disease.5

Another risk factor for AF is hypertension. Hypertension that is not well controlled with lifestyle changes or medications increases the risk of AF.

Drinking too much alcohol too quickly can trigger an episode of AF in some individuals. Binge drinking (5 drinks in 2 hours for men or 4 drinks for women) increases this risk.

A final risk factor is family history. Increased risk of AF occurs in some families with a history of the disorder.

History and physical examination are required to define the following6: (1) The nature and presence of AF-associated symptoms. (2) A clinical description of the AF (ie, first episode, paroxysmal, persistent, or permanent). Paroxysmal AF episodes terminate spontaneously within 7 days, with most episodes lasting less than 24 hours. Persistent AF episodes last longer than 7 days and may require pharmacologic or electrical intervention to terminate. Permanent AF has persisted for longer than 1 year because cardioversion has failed or has not been attempted. (3) The date of the first symptomatic attack. (4) Precipitating factors, duration, frequency, and mode of termination of AF. (5) Pharmacologic treatments and response. (6) Underlying heart disease or treatable conditions (eg, alcohol consumption and hyperthyroidism).

Electrocardiography is useful to verify AF and to assess wave intervals, other arrhythmias, the presence of prior myocardial infarction, left ventricular hypertrophy, and bundle branch block. Minimal blood testing includes a comprehensive metabolic panel to evaluate hepatic and renal function and a thyroid panel.

Additional testing may be necessary, including the following: (1) Exercise testing may be needed to assess questionable rate control (as in permanent AF), to reproduce exercise-induced AF, and to exclude ischemia before selecting antiarrhythmic drugs. (2) Holter monitor recordings may help diagnose the type of arrhythmia if the diagnosis is in question and can help evaluate rate control.

Allopathic treatments of AF center on pharmacologic cardioversion, transthoracic direct current shock if drugs are not effective, drugs to maintain sinus rhythm, and antithrombotic therapy to decrease the risk of stroke, pulmonary embolism, and myocardial infarction. Fitzmaurice7 suggests that electrical cardioversion should no longer be offered routinely to patients with AF. The clinical situations where it may be useful include patients who are seen acutely within 24 hours of onset of AF or patients who are symptomatic despite medical therapy.

The drugs used for cardioversion and rhythm control are rife with adverse effects but may be necessary until nutritional intervention can have an effect. A typical adverse effects profile is that of amiodarone. Its adverse effects include pulmonary toxicity, polyneuropathy, photosensitivity, bradycardia, hepatic toxicity, thyroid dysfunction, eye complications, gastrointestinal upset, and torsades de pointes.8

Compromised hemodynamics in the atria can lead to increased risk of thrombus formation, stroke, and myocardial infarction. Warfarin sodium is the anticoagulant of choice for AF. Bleeding is the primary adverse effect of warfarin and is related to the intensity of anticoagulation, length of therapy, the patient’s underlying disease state, and the use of other drugs that may affect hemostasis or interfere with metabolism of warfarin. Fatal or nonfatal hemorrhage may occur from any tissue or organ during anticoagulant therapy.9 Dabigatran extexilate, a direct thrombin inhibitor, was approved in October 2010 by the Food and Drug Administration to treat patients with AF. Routine monitoring is not required, but an activated partial thromboplastin time more than 2.5-fold higher than the control level indicates overanticoagulation. A direct factor Xa inhibitor is rivaroxaban. On July 1, 2011, the Food and Drug Administration approved the use of rivaroxaban for prophylaxis of deep vein thrombosis (which may lead to pulmonary embolism) in adults undergoing hip and knee replacement surgery.10 These newer anticoagulants will be increasingly seen in clinical practice.

Home treatments may be offered to diagnosed, treated, and established patients. A patient handout is best, recommending the following therapies:

Patients can exercise if the activity does not induce AF episodes. With chronic AF, the heart rate is very rapid and decreases exercise capacity.

A whole-food organic diet12 (as much as is possible and practical) is preferred for patients with AF.

The following supplements are recommended for patients with AF:

Physicians trained in intravenous nutrient therapy can use appropriate nutrients to achieve more rapid resolution of arrhythmias, such as AF. The following table presents an example of a safe and effective intravenous protocol for arrhythmias: 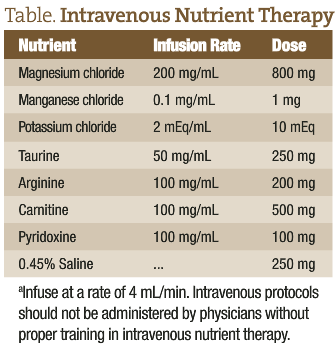 A 56-year-old man had chronic AF, with onset at age 28 years. Known triggers are monosodium glutamate, dehydration, stress, alcohol, and nitrates. Typically, he has short episodes of AF weekly, controlled with low doses of digoxin. He had an extended episode of AF over the past weekend that was converted by intravenous quinidine. His family history is positive for heart disease; the patient is normotensive. He describes himself as athletic and enjoys outdoor sports, such as hiking.

The patient’s treatment plan includes music, exercise, and meditation for stress reduction. He is encouraged to eat high-potassium foods and whole foods (meat, vegetables, and tubers) and to avoid sugars and alcohol. Supplements include coenzyme Q10 (150 mg daily), magnesium citrate malate (150 mg 3 times daily with meals and at bedtime), and taurine (1000 mg concurrent with the magnesium doses).

A 76-year-old woman had onset of AF 18 months previously. Her AF episodes can occur up to 3 times daily, and the duration is seconds to several minutes. The patient is hypertensive and maintains an approximately normal blood pressure with diltiazem and losartan potassium; her blood pressure at the initial visit was 135/84 mm Hg and increases up to 150/95 mm Hg at home. Flecainide acetate was prescribed to control the arrhythmia of the AF, and aspirin (325 mg daily) was recommended to decrease the possibility of thrombus.

At follow-up, the patient reported 2 short episodes of AF during the first week and no episodes during the second week. She had visited her cardiologist, who found that her serum magnesium level was too high (3.5 mg/dL [reference range, 1.7-2.2 mg/dL]). There were no signs of magnesium overdose. He suggested that she cut her magnesium dosage, and I recommended that we measure her red blood cell magnesium level first, which was 4.2 mg/dL (reference range, 3.5-7.1 mg/dL). Her blood pressure at the cardiologist visit was 122/78 mm Hg, so he discontinued diltiazem and continued with losartan potassium. We maintained the magnesium dosage. At the 1-month and 3-month follow-up visits, the patient reported no episodes of AF. She continued to be free of AF after 6 months. 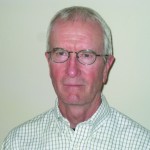 Dan Carter, ND graduated from National College of Natural Medicine (NCNM) and completed a 2-year family practice residency. He was appointed to a full-time faculty position in 1997 and served as a core faculty member through 2003. He is a cofounder of IV Nutritional Therapy for Physicians, an organization that teaches intravenous therapy seminars, since 2001. He has been in private practice in Bozeman, Montana, since 2004. His practice focuses on the nutritional improvement of health, cardiovascular disease, weight loss, hormone restoration for men and women, and IV nutrient therapy. Dr Carter’s websites can be accessed at www.alpinephysicians.com and www.bznwtmgt.com. 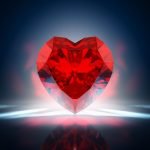 The Heart of the Matter “Cardio-Gems” for Repairing and Restoring Heart Cells with Dr Stephen Sinatra, MDCardiopulmonary Medicine, Education 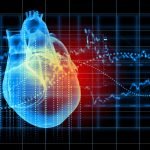