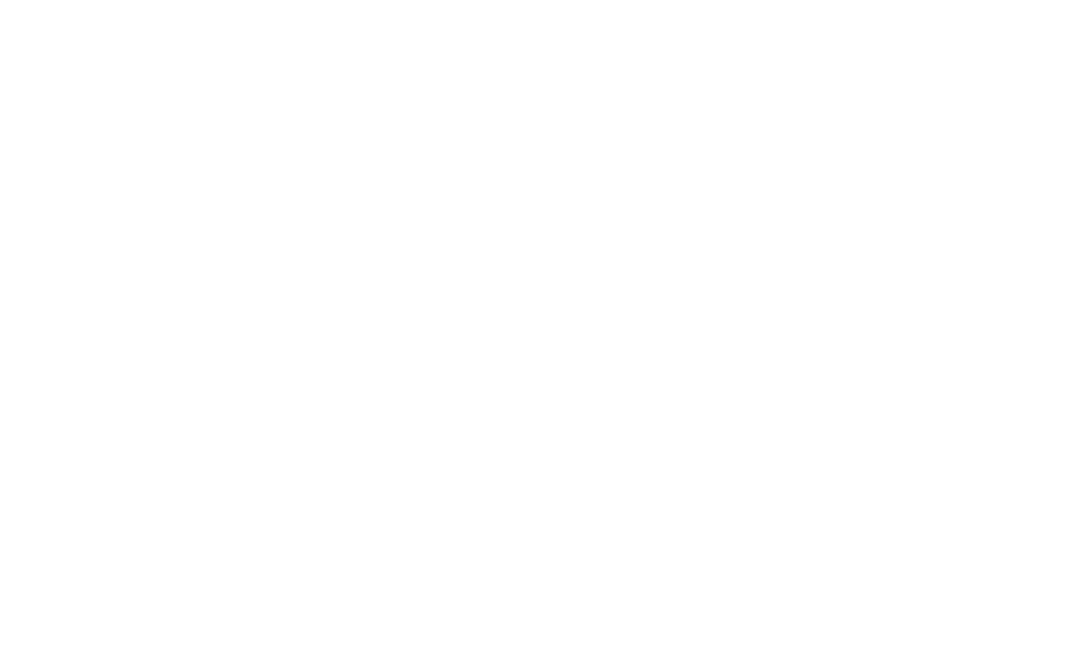 The intestinal and stool microbiome has been researched and described for many years, unlike the skin and scalp microbiomes, which have more recently come into the spotlight.1 To better understand how bacterial diversity and abundance contribute to skin health and dermatological conditions, microbiology and dermatology investigators are using pyrosequencing technology to identify and characterize microorganisms on the skin.2 Furthering insight into microbial involvement in skin conditions can provide a path for implementing safe and natural therapies such as topical probiotics.

Human skin is an intricate barrier housing a symbiotic relationship between host tissue and microbial communities. This partnership is modulated through signals from the adaptive and innate immune systems. It is under a constant barrage of endogenous and exogenous factors, such as environmental toxins, cosmetics, medications, allergens, pathogens, and injuries. Any of these can cause a dysbiosis in the skin microbiome, as evidenced by cutaneous Toll-like receptor (TLR)-stimulated innate immune responses involving the release of antimicrobial products by keratinocytes.3

The skin hosts an array of “climates” for bacterial ecosystems, which leads to local microbiome diversity.4,5 For example, some areas of the skin may be more hydrated, while others are more dry; some areas have a lot of sebum, and others none. Bacteria tend to have a propensity for specific environments. The skin microbiome/biota refers to the ecological community of symbiotic, commensal, and pathogenic microorganisms that exist on our bodies.

Function of the Skin Microbiota

The main functions of the skin are protection, regulation, and sensation. Protection is provided by the skin acting as a physical barrier as well as the actions of the microbiome. A healthy microbiome serves the following functions:

Underlying factors causing atopic dermatitis (AD) include disruption of the skin barrier, dysbiosis of the cutaneous microbiome, dysregulation of the immune system, decreased microbial diversity, and susceptibility to Staphylococcus aureus skin infections.6 Specifically, the depth of penetration in the skin dermis of S aureus is an important causative factor to consider in AD.7

Recently, investigators have started examining how topical therapies in humans can restore the microbiome by supporting beneficial bacteria and eliminating pathogenic bacteria. A study by Nakatsuji et al demonstrated that coagulase-negative Staphylococcus (including S epidermidis and S hominis) selectively killed S aureus through the use of AMPs when applied topically to human skin.8 Additional studies have shown the use of topical probiotics to decrease erythema, scaling, pruritis, and S aureus concentrations, and to increase ceramides.6,9 The strains of bacteria included in the studies were S hominis, S epidermis, Streptococcus thermophilus, Vitreoscilla filiformis, Roseomonas mucosa, and Lactobacillus johnsoni.

Additionally, functional textiles are being explored as a way to restore balance in the skin microbiome, since they have the longest and most intimate contact with skin. Fabrics containing chitosan, zinc oxide, and silver have been shown to decrease the S aureus burden.10–12 Chitosan, which is a polysaccharide isolated from the exoskeletons of crustaceans, showed more antibacterial activity against S aureus than did vancomycin and amoxicillin/clavulanic acid.13 Bacterial DNA transcription data demonstrate that treatment with chitosan alters the expression of genes involved in stress regulation, energy production, and autolysis.14 Additional benefits of using chitosan are that it is biodegradable, biocompatible, and nontoxic. Zinc oxide-containing fabrics have strong antibacterial properties against Staphylococcus aureus, Klebsiella pneumoniae, and methicillin-resistant S aureus (MRSA). Researchers found that zinc oxide nanoparticles reduced the growth of MRSA by 95%.15 Finally, silver-containing textiles improved SCORAD and transdermal water loss, according to a systemic review and meta-analysis.12 Additionally, they decreased symptoms, medication use, and S aureus colonization.

Acne lesions are formed by dysregulation of the innate and adaptive immune systems. The commensal bacterium Propionibacterium acnes plays a role in these responses. Research has demonstrated that the P acnes induces inflammatory cytokines (TNFα, IL-1ß, and IL-8) and also activates a T helper-1 response.16 While many of the strains overlap between healthy individuals and those with acne, there are 2 strains of P acnes that are found only in acne patients: ribotype 4 and ribotype 5.17 The mechanisms have yet to be worked out.

There is promising research indicating that topical probiotics may be therapeutic in acne. In a clinical study, topical application of a 5% Lactobacillus plantarum-containing cream had anti-inflammatory and antimicrobial effects on the skin.18 Symptomatically, there was a reduction in erythema and acne lesion size and improvement in skin barrier function.

In another study, Enterococcus faecalis, a lactic acid bacterial strain isolated from human fecal specimens, demonstrated antimicrobial activity against P acnes. The antimicrobial substance was later isolated and named ESL5. In a study comparing an ESL5-containing lotion with a placebo in acne patients, a reduction of inflammatory pustules in those receiving treatment was demonstrated.19

Psoriasis is a chronic inflammatory skin condition characterized by erythematous, scaly, raised, well-demarcated lesions on the extensor surfaces. It is thought to be caused by overactivation of the cutaneous immune system in response to a perceived pathogen. To date, there have not been published studies using topical probiotics in humans to treat psoriasis; however, cutaneous dysbiosis in psoriasis has been demonstrated.6 The skin microbiome of patients with psoriasis vs non-psoriasis individuals showed the same types of species, but with alterations in the relative number and diversity of bacteria.20 A systematic review and meta-analysis looking at psoriasis and S aureus colonization found that “patients with psoriasis were at an increased risk for Staphylococcus colonization compared with healthy individuals.”21 In a mouse model of psoriasis, researchers demonstrated that an extract of Lactobacillus sakei reduced inflammatory markers that were comparable to the results when treating with clobetasol, the current high-potency topical standard of care for psoriasis.22

Rosacea can cause telangiectasia, erythema, papules, and pustules on the forehead, nose, and cheeks. One of the factors contributing to an enhanced inflammatory response is overexpression of TLR2 in keratinocytes.23 Demodex folliculorum, a mite that lives in sebaceous glands, is another possible contributing factor. A clinical trial conducted by Casas et al found 5.7-times higher density of D folliculorum in rosacea patients in comparison to healthy patients.24 The study also “showed a higher expression of genes encoding pro-inflammatory cytokines (Il-8, Il-1b, TNF-a) and inflammasome-related genes (NALP-3 and CASP-1) in rosacea.” A separate study demonstrated that Staphylococcus epidermis isolated from rosacea patients was always a beta-hemolytic variant (associated with potentially increased virulence), as compared to a non-hemolytic variant found in healthy controls.25

Multiple studies have demonstrated that ceramides play an important role in keeping the skin hydrated and intact in a healthy stratum corneum.26 It has been proposed that damage to the stratum corneum correlated with aging could be the result of a ceramide deficiency.26 Streptococcus thermophilus has been shown to enhance levels of ceramides in keratinocytes.27 A study investigating the topical treatment of a S thermophilus-containing cream in elderly women demonstrated an improved lipid barrier and increased resistance to aging-related dry skin.28

In an effort to better understand the microbial products produced by commensal bacteria, a research team unexpectedly discovered that specific strains of coagulase-negative S epidermis produce a nucleobase analog that inhibits DNA synthesis activity and suppresses tumor growth in vivo.30 In cell culture assays, the specific molecule, 6-N-hydroxyaminopirine (6-HAP), selectively inhibited proliferation of tumor lines but not keratinocytes. Mice that were colonized with the S epidermis that produces 6-HAP had reduced incidence of UV light-induced tumors in comparison to mice colonized with a control strain. Moreover, intravenous injection with 6-HAP suppressed the growth of B16F10 melanoma.30 Although these preliminary findings have not yet been studied in humans, they show promise for future skin cancer prevention and treatment.

There exists an extensive knowledge of the stool and gut microbiome, and even though it might seem like a parallel can be drawn between the gut and skin microbiomes, much still needs to be explored in the latter. Increasing the available information about the cutaneous microbiome lays a foundation for new approaches to managing healthy and diseased skin. Over the past few years, there has been an emergence of topical prebiotic and probiotic products available on the market. Many of these products are vague in their listings of strains used, are proprietary, and/or don’t include research-proven beneficial strains in products for specific conditions. In addition to including beneficial strains, current and future topical products should also consider bacterial adhesion, quorum sensing, and anti-biofilm activity.31

Katie Strobe, ND, graduated from the University of Washington with degrees in zoology and chemistry. She then embarked upon several research projects at the Institute for Systems Biology, where she researched medical topics such as immunology, infectious disease, genetics, microbiology, and systems biology. Dr Strobe’s research led to publications in high-impact scientific journals, such as Nature and PNAS. She later followed her passion to move from “bench to bedside” and earned her naturopathic doctorate from Bastyr University in Seattle, WA. During this time, Dr Strobe received several prestigious awards, including a training grant from the National Institute of Health. 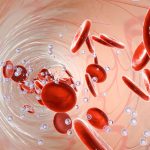 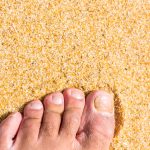